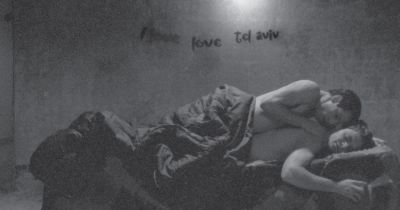 The Bubble is playing at Lincoln Plaza Cinemas until Sept. 20.

There are not a lot of movies being made about relationships between gay Palestinian and Israeli men, which makes Eytan Fox’s new film, The Bubble, all the more disappointing. A popular success in Israel, it portrays the willfully shallow lives of Noam, Yali and Lulu, three 20-something Israeli roommates who try to escape their lives of daily political strife in Tel Aviv by focusing on empty sex, raves and pop culture. When Noam meets Ashraf, a naïve, closeted Arab, their instant attraction sets the stage for the filmmaker’s rather obvious, if still welcome, metaphor of universal tolerance.

It’s a lovely sentiment and for the first hour, Fox shows a real tenderness with his charming group of actors as they hang out, tease and engage in sex both casual and not. Regrettably, these performers are wasted on underwritten characters, as if Fox and his co-writer/partner Gal Uchovsky mistook shallow characters for characters written shallowly. Thus, we’re left waiting for the bubble to burst, and when it eventually does, the film becomes what Ashraf’s sister describes as a “Jordanian soap opera.”

The plot’s dissolution into silly melodrama, with a would-be forced marriage for Ashraf and a bomb that conveniently injures Yali, seems a frustrating mismatch with Fox’s skills as a director namely, an unforced lyricism in showing friends hanging out and the guarded-but-open intimacy between new lovers. The film’s best moments happen to be sexual, including a couple of exquisite sex scenes between Noam and Ashraf and a long public kiss between Lulu and a sweet young man she spends most of the film ignoring. Even when the metaphor weighs hard, as when Noam and Ashraf watch a passionate scene from the stunning gays-in-concentration-camp play Bent, the care with which Fox shows a connection being made is startling. Best of all is a sweet, moving scene where Noam tells a crippled Yali that the reason they never got together was that he knew Yali would be the best guy he ever met and didn’t want to ruin the friendship.

It’s too bad that the patience and exhuman tolerance Fox preaches through his characters is not practiced in the second half of the film, where the coincidences pile up worse than in the film Babel. Everyone’s in the wrong place at the right time. As with his film’s title, Fox can’t just let a metaphor play out — he has to take it and hit us with it (it’s one thing to lack subtlety and quite another

to name the film’s principal “bad guy” Jihad). The absolute pervasiveness of the Israeli-Arab conflict could have been more simply conveyed by sticking to the difficulties of Noam and Ashraf’s relationship as young gay men on opposite sides of the checkpoints. As things turn violent, the film becomes insulting in its notion that war eventually divides everyone into being either hopelessly shallow or a suicide bomber. Indeed, the last half-hour of The Bubble is so preposterously contrived, and handled with so little grace, it seems like the first half was made by a different filmmaker altogether.