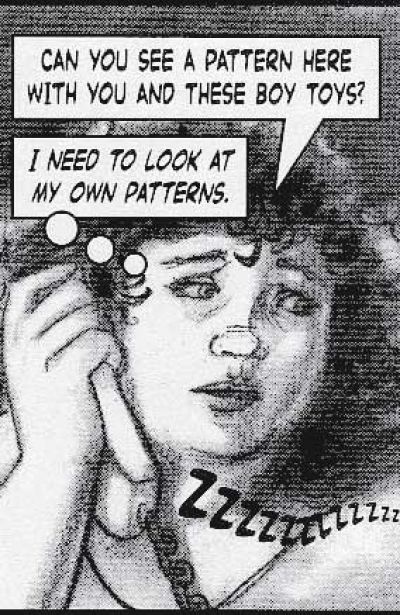 All Jude wanted to be was a “Gina” — one of the petite girly girls she’d always envied and detested. She retreated from her loneliness into junk food bingeing and TV fantasies like The Monkees, The Avengers and Star Trek. At the age of eight, her secret candy addiction led to weight gain, for which a doctor prescribes amphetamines. Barraged by insults, whispered comments on her heft and rejection from friends and family, Jude runs away from home at the age of 12. A traumatic encounter with a motorist brings her to a relative’s home, making her even more determined to “get away.” Enrolling in a far-off university, Jude finally finds scholastic achievement, acceptance, friendship and romance. Against the backdrop of the America in 1975, she enters a world where her body is a fetish, an asset and a bane. Haunted by the motorist incident and her eating disorder, she tries to survive while holding an assortment of jobs including work counselor, phone sex operator and fashion designer. Ultimately, Jude must confront the basis of her addictions if she wants to survive.

Despite the dramatic and grave themes, Milner pens a vivid and often comical tale that oscillates from the highs of a costume party to the lows of rejection by her friends in the PHAT (People Honoring All Themselves) movement. She neither shies away from nor glamorizes her exploits. This candidness makes the recollection of a Milner family tragedy, the basis of her lifelong struggle, even more poignant. The memoir-turned-graphic novel, scripted by Jude’s husband Richard Milner, at times feels hurried, but the overall structure is fluid.

Mary Wilshire expertly captures the varied emotional states and gestures of the Milner family and the memoir’s numerous doctors and specialists. From portraits of a demon peddling chocolate bars to firing squad executions, Wilshire’s pencil work reins in Milner’s fantastical flights to create a cohesive whole. Using everything from quick sketches to fully rendered panels, she handles the rugged psychological terrain of the story with clear perspectives and great draftsmanship.

Often, comic memoirs, diaries and autobiographies record the tragic lives of lovable losers, frequently the victims of circumstance, as exemplified by Robert Crumb, Jeffrey Brown and Joe Matt. In each of these autobiographical works, there comes a point where the creator’s fantasies and reality vie for dominance. These authors’ unnerving psychological scrutiny, self-deprecation and frequent wit make this genre insightful, but the form suffers from a glut of derivatives. In Fat Free, Jude plays an active agent in her own life, distinguishing herself from the now-typical selfpitying, socially inept artists/authors who’ve become celebrities.

Addiction is so pervasive it is now a pillar of modern society and culture. The public can’t get enough dirt on our troubled selves, from William S. Burroughs to the latest antics of rock stars in luxury rehabs. Milner and Wilshire focus on unglamorous, everyday addictions and eating disorders sans fashionistas, paparazzi and the “behind-the-music” high-budget documentaries.

With Dove soap pandering to plus-sized women, Americans obsessed with Oprah’s weight fluctuations and an ever-expanding industry looking to profit from this market, this graphic memoir is a humane expression. Emphasizing Jude’s gender and working-class background in a conversational style that makes the story immediate, Fat Free is the sane voice that’s missing from all the yelling.