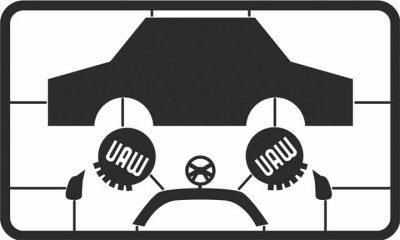 After a two-day strike, the 73,000 members of the United Auto Workers (UAW) at General Motors (GM) will vote by Oct 10 to ratify a contract that radically changes the future of the auto industry. UAW President Ron Gettelfinger and GM executives call the contract a landmark agreement and say that it protects union jobs in America and will help GM compete with Japanese carmaker Toyota.

Toyota is in GM’s rearview mirror and is closer than it appears.

Toyota is poised to be the top-selling carmaker in the world (over GM). Its non-union employees do not bargain for contracts and have salaries, health care and other benefits inferior to Detroit’s UAW members. Toyota’s non-union workforce was the 800-pound gorilla at the UAW-GM contract negotiations, as GM seeks to bring UAW members down to the level of Toyota workers.

As tens of thousands of GM workers read over the contract’s fine print, they will find that many of it’s provisions bear the hallmarks of concessionary bargaining. GM accomplished its main goal of off-loading retirees’ health benefits, which would have cost at least $50 billion dollars, through the creation of a Volunteer Employee Beneficiary Association (VEBA).

GM will contribute $29.9 billion into the union-administered trust, which will pay for retired workers and future retirees’ health benefits. The fund, which will begin working by 2010, will substantially diminish GM’s responsibility for its retirees’ health benefits. The UAW believes that returns on investments made by the trust will keep it solvent for at least 80 years. GM spent $4.7 billion on health care for its 350,000 retirees in 2006 alone, and health benefits costs are expected to climb. The question for UAW officials and union members as they vote on the contract is, “Will it play in Peoria?”

UAW members at the Caterpillar plant in Peroia, Illinois voted to create a VEB A trust in 1998 to cover retiree health benefits, but the fund has already run dry. The plant’s 20,000 retirees now must eat most of their medical costs. “God, did we get stuck,” Caterpillar retiree Stan Valentine told the Peoria Journal Star on Sept. 27. “Initially the VEBA worked OK, but it just got eaten up by the astronomical rise in medical insurance.”

But the creation of VEBA is not the only GM gain. The union also negotiated a two-tiered wage system that will probably be replicated at Ford and Chrysler. “VEBA is bad, horrendous and was agreed to before they got to the table, but even worse is the two-tier wage system that creates a lower class of workers,” former UAW executive board member Warren Davis told The Indypendent.

Current GM assembly line workers earn $28 dollars per hour, but “non-core” jobs, will make half as much. As veteran workers retire, non-core workers could move into the higher-paying assembly-line jobs, though in future contracts GM may seek to define assembly-line production as non-core work. Management often uses tiered-wage systems to break solidarity between workers. “Going to vote for this contract is like picking up my tombstone,” said Gregg Shotwell, a worker at GM’s Lansing, Michigan plant and member of Soldiers of Solidarity, a UAW reform group. “It was a token strike to give workers the notion it was a struggle to get the contract.”

Shotwell started as a UAW member at Delphi’s Coopersville, Michigan plant in 1979, but transferred to GM after Delphi closed the plant down in 2006. The UAW negotiated a concessionary contract this summer with Delphi that lowered wages for all workers and allowed the GM spin-off auto parts manufacturer to shutter factories and buy out workers.

“This is the Delphi contract now at GM,” said Shotwell. “That $14-per-hour worker will now look at his top-tier coworker and think, ‘What a son of a bitch.”