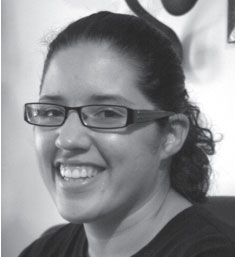 By Virginia Lora
When aspiring doctor and Bronx native Tachira Tavarez graduated from Amherst College in May 2007, she was faced with a reality check: She could not afford the tuition required for medical school. Determined to become a doctor, Tavarez planned on postponing her graduate education in order to work and save for medical school. “I was going to teach for a couple of years,” said Tavarez. “I thought that if at the time I couldn’t afford to help my community through medicine, then I would be able to do it through education.” For many college students surveying the possibility of med school, the problem is a common one. According to the American Medical Association, the average tuition and fees in 2002 at public and private U.S. medical schools were $14,577 and $30,960 respectively. And that is, of course, not counting other expenses, such as room, board and textbooks.Luckily, Tavarez has found — and eagerly seized — an opportunity to study medicine on a full scholarship this fall. Along with 18 other U.S. students, Tavarez is attending the Latin American School of Medicine (ELAM) in Havana, Cuba.

ELAM offers a six-year medical school program open to qualified students from the neediest communities in Latin America and Africa. In September 2000, this opportunity was extended to U.S. students from low-income communities or communities of color who would not otherwise be able to afford medical school. Students who enter the program receive a full scholarship from the Cuban government, which covers tuition, room and board, textbooks and a small stipend for personal expenses.

Like all other students in the program, U.S participants must have a deep-seated commitment to practicing medicine in medically underserved communities after graduating from the program. The idea of a medical school directed at people who want to help under-served populations immediately sparked Tavarez’s interest. “Coming from a lower-working-class background, my goal was to always serve the community that I came from,” said Tavarez, who while at Amherst went back to the Bronx every summer to work as an intern or a volunteer in the community.

Prior to applying, Tavarez discussed the ELAM and the Cuban health-care system with several doctors, all of whom recommended it. “They said it was one of the best schools to attend because of the quality of education I would be receiving there,” she said. Though ELAM’s curriculum closely corresponds to how medicine is taught in the United States in terms of subject matter, the style “emphasizes cooperative rather than competitive learning, smaller class sizes, frequent oral exams and intensive tutoring.” The program is also based on intensive advising designed to help every student succeed, and it offers at no additional cost Spanish classes and pre-med courses in Spanish for students who need it. “Here everything is very competitive and more of a ‘sink-or-swim’ environment, whereas in the Cuban school, students are encouraged to help each other so that everyone passes,” said Tavarez, echoing the comments of the U.S. ELAM students she has been corresponding with. “It made perfect sense to me. If the world needs more doctors, encourage people to heal each other so that we can have more doctors.”

Tavarez left for Havana on Aug. 26, and plans to come back to the United States every summer while studying in Cuba. After graduation, she is planning to apply for residencies in the Bronx.
THE CUBAN MODEL

Cuba has invested heavily in public health care. The New England Journal of Medicine reports that Cuba has “twice as many physicians per capita as the United States and health indicators are at par with those in the most developed nations.” Despite this, Cuba’s publicly run system cost only $250 per person in 2003, according to the United Nations Human Development Report for 2006. The United States, which currently ranks 39th in the world in health care and counts 47 million people uninsured, will spend $2.2 trillion, or $7,500 per person, on its privatized health care system in 2007. —V.L.