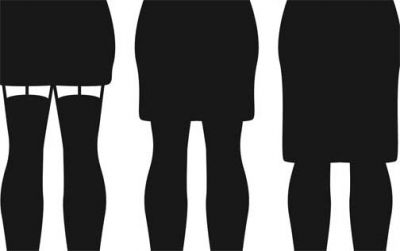 Getting Off: Pornography and
the End of Masculinity
By Robert Jensen
South End Press, 2007

My husband tells me that when heterosexual men talk about women in the locker room, the conversation reeks of sexism. His largely middle-aged comrades reject their intellectual and social equals — they argue that females over 30 are universally unattractive — and, instead, fixate on hot 20- somethings.

It’s certainly possible that they are an aberration. But it may also be a clue to the magnitude of problems between the sexes.

Great questions. Sadly, Getting Off spends so much time chronicling the plots, subplots and depictions in individual pornographic films — Jensen has apparently seen them all — that issues of gender- competition and woman-hating get short shrift.

“Shame names the feeling that one is bad, while guilt describes the recognition that one has done a bad thing,” he explains. “We need not reject the positive role of guilt, which allows one to see that an action is morally unacceptable.” Sounding eerily ministerial, Jensen thunders that men need to pursue the sexual pleasure that derives from deep intimacy between partners. Missing is the acknowledgment that not everyone wants a deep, long-term commitment, and that some of us are perfectly content to love ’em and leave ’em.

What’s more, Jensen’s worldview includes the “abolition of masculinity” — he goes so far as to write that he “chooses to renounce being a man.” It’s absurd.

Jensen has the right to be conscious of male privilege and can attempt to forge nonchauvinistic relations with women — but he’s still male. In the same way that Caucasians can refuse to benefit from white privilege, a quick look in the mirror will reveal that, despite anti-racist politics, they’re still white. Likewise, fighting sexism is about ending male supremacy, not forcing men to become genderless.

Even if you buy Jensen’s pornography-as-prime-culprit argument, sexism is so prolific — from religious sermons to fashion magazines — that the argument is incomplete. Yes, porn’s depiction of women — in Jensen’s words, “three holes and two hands” — is often heinous. But the underlying issue of why men accept this portrayal requires a deeper understanding of the psychological and political forces that shape identity. Challenging sexism and misogyny requires men to own up to both their power and their desires.