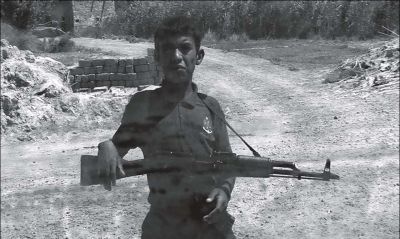 There is a simple rule that defines the U.S. occupation of Iraq: no matter how bad a situation may seem the reality is far worse.

Take torture. Individual accounts began surfacing in the fall of 2003 at U.S.-run prisons, but the Abu Ghraib scandal that erupted the following spring unmasked a regime of industrial-scale torture.

Or take refugees. The U.S. military and ethnic militias are known to have caused massive displacement, but few could imagine that nearly one in five Iraqis, at least 4.7 million people, would have been driven from their homes by the fall of 2007.

Then there’s “random killings.” Two new revelations point to how many killings stem from systemic forces. Foreign mercenaries are called the most-hated men in Iraq, but who knew that Blackwater, the most notorious hired gun in Iraq, had been involved in “nearly 200 shootings in Iraq since 2005”? Mercenary killings could number in the thousands as Blackwater’s record does not appear to be out of line with the 100 other mercenary outfits in Iraq. The Washington Post reported in June that “one security company reported nearly 300 ‘hostile actions’ in the first four months” of 2007.

And there are killings by U.S. forces, which happen at checkpoints, on patrol and during home raids. Now it seems these killings are a matter of policy in some instances. Reports indicate that military commanders pressed troops to rack up “body counts,” despite declamations otherwise. Some snipers were apparently instructed to leave weaponry lying around and shoot anyone who picked it up.

Despite this hell we’ve created, Hillary Clinton, John Edwards and Barack Obama reject a complete withdrawal of U.S. troops from Iraq before 2013 — the end of the next presidential term. They appear committed to ensuring the conflict becomes the longest-running war in U.S. history.

But they couldn’t advocate a never-ending war unless a majority of the public believed G.I.s are there to protect Iraqis. One of the great myths of the Iraq War is that the U.S. military buffers religious and ethnic factions who have been at each others’ throats since time immemorial.

What’s curious is that many opponents of the Iraq War, a group marked by its loathing of Bush, essentially accept his latest rationale for staying the course: that a “humanitarian nightmare” could result if U.S. forces withdrew. They are in effect arguing that we must continue to slaughter Iraqis for years on end lest someone else possibly do so in the future.

To maintain that U.S. troops are there to protect civilians, it is necessary to discredit the enormity of the killing. This is a problem within the peace movement as many shy away from discussing the impact of the Iraq War except to discuss how it affects “us.” For example, United for Peace & Justice has easily accessible information on its website about U.S. casualties and the financial costs of the war, but nothing about the extent of Iraqi deaths.

According to a study published in the British medical journal The Lancet in October 2006, some 655,000 excess Iraqi deaths occurred from the March 2003 invasion to June of 2006. In 45 percent of cases of violent death, the perpetrator was listed as unknown, 31 percent was attributed to “the coalition” and 24 percent to “other.” Thus, U.S. and U.K. forces were responsible for the deaths of 185,000 Iraqis in barely three years. Air strikes were responsible for about 78,000 deaths.

A more recent survey by ORB, a British polling firm, is more shocking still. It reported in September that it polled 1,499 Iraqi adults and came up with a figure of 1.22 million dead. The scale of the killing is so great that it raises the question: Is the United States committing genocide in Iraq?

This issue has dominated the response to the Darfur conflict. In an influential essay last March titled “The Politics of Naming: Genocide, Civil War and Insurgency,” African scholar Mahmood Mamdani likened the violence in the Sudan region to U.S.-occupied Iraq, noting that in Iraq “it is said to be a cycle of insurgency and counter-insurgency; in Darfur, it is called genocide.” Mamdani does not say so, but the implication is clear: If Darfur is genocide, then why not Iraq?

Numbers do not a genocide make. Intent is needed. And that’s where things get fuzzy (and political). According to the U.N. Convention on Genocide, one standard is “intent to destroy, in whole or in part” of a group. Iraq, then, is most definitely genocide — this is what happened in Fallujah. More than that, virtually all the Sunni Arab regions have been subjected to extreme levels of violence.

I contacted some of the researchers involved in the two Lancet studies on excess mortality in Iraq, Gilbert Burnham and Richard Garfield (who was involved in only the 2004 study), and statistician, Shannon Doocy. They found in the second study that the excess death rate amounted to 7.8 per thousand per year in a population of 27 million.

In the 2006 study, they stated “the highest death rates [are] much where they would be expected, in the Sunni Arab provinces.” Garfield, a professor at Columbia University, added the death rates were highest in these provinces because “that’s where most of the military-reported deaths were occurring.”

This backs up reports that it is the U.S. war that has killed more Sunni Arabs. The strategy has been to depopulate towns and cities or at least large swaths — Fallujah, Tal Afar, Al Qaim, Ramadi, Samara and others — through blockades, cutting off food, fuel and electricity, mass arrests and aerial bombardment. The goal was to turn these towns into free-fire zones where anyone left could be killed, no questions asked.

In the case of Fallujah, during the November 2004 razing, an AP photographer watched entire neighborhoods turned to rubble from a bombardment so devastating civilians were too afraid to even step outside — implying many never fled. When he tried to leave the city, he witnessed “U.S. helicopters firing on and killing people who tried to cross the river,” including a family of five. From this and other anecdotal accounts, the goal appeared to be wholesale extermination.

With a scarcity of independent reporting from other towns that the U.S. military turned into battlefields, it’s not known what the effects were. So I asked the researchers to crunch the numbers for 13 “clusters” in the four Sunni Arab-majority provinces — Anbar, Diyala, Ninewa and Salah al-Din.

The researchers used a method called “cluster-sample survey.” Garfield says 20 to 25 are needed “to get a representative sample,” but they choose 50 clusters to give added precision. Iraqi surveyors sampled 40 houses in each cluster, which were spread around the country.

They cautioned a smaller sample meant a larger margin of error. But aggregating the four does reduce some of the added uncertainty. It appears that the excess death rate for the four Sunni Arab provinces is nearly twice the national rate of 7.8 — 14.5 per thousand per year. This may mean that almost 1.5 percent of people in these provinces, mainly Sunni Arabs, are being killed year after year.

It’s also probable that Sunni Arabs are being displaced at a higher rate. Much has been made of an alleged drop in civilian casualties in September, but this maybe more due to widespread ethnic cleansing. One recent report noted that in Baghdad, home to one-quarter of Iraq’s population, “U.S. military officers say [the capital] has gone from being 65 percent Sunni to being 75 percent Shiite.”

Seymour Hersh argues that “The surge means basically that, in some way, the president has accepted ethnic cleansing.” This works two ways. Reporter Rick Rowley, who just returned from Anbar Province, says that some of the Sunni militias being set up and armed by the Pentagon have been violently displacing thousands of Shiites.

This is where intent starts to creep in. Ahmed Hashim, author of Insurgency and Counter-Insurgency in Iraq, writes that the Bush administration “thought that the Sunnis could be treated with disdain, discounted and swept aside with little in the way of adverse reaction.”

This is a long way from genocide, but this is the attitude that defined the beginning of the occupation, which progressed into collective punishment, mass detentions, torture, massacres such as Haditha, “baiting” programs, Fallujah and possibly 1.2 million dead Iraqis.

What many in the antiwar movement fail to see is that by raising the question that the occupation may be genocidal in nature, we allow the myth of U.S. benevolence to live on in future wars, such as the looming one against Iran. Peace activists have shied away from talking about Iraqi deaths; the focus is mainly on U.S. casualties. But this historical narcissism ensures that the public remains primed for war after war.