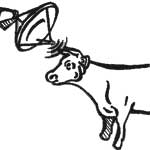 Since President Clinton promised that the North American Free Trade Agreement (NAFTA) would help stem the tide of migrant workers illegally entering the country along the U.S.-Mexico border, “because more Mexicans will be able to support their children by staying home,” the number of immigrants living without legal status in the United States has skyrocketed.

Following the passage of NAFTA, liberalized markets and the free movement of trade and money between the United States, Mexico and Canada helped push at least two million small Mexican farmers off their land, shifted workers to low-paying jobs in Mexico’s notorious sweatshop factories and forced a record number of Mexicans to seek work in “El Norte,” or the United States.

At the same time, the border separating the United States and Mexico has become increasingly militarized. In the 1990s, new policies such as “Operation Gatekeeper” in Arizona increased the number of agents and built walls in popular urban border-crossing locations, forcing migration into remote areas of extreme desert and mountain terrain in an effort to deter migrants from crossing.

In November 2005, President Bush announced the creation of the Secure Border Initiative (SBI), the most technologically advanced border security initiative in U.S. history. The program aims to secure all 6,000 miles of the Mexican and Canadian borders with a “virtual fence,” that integrates U.S. Border Patrol agents, physical barriers, computer and communication software, surveillance cameras and remote tracking systems, like radar and unmanned aerial vehicles. Private defense contractor Boeing Company landed the $2 billion SBInet contract in September 2006. However its pilot program to build a 28-mile high-tech barrier along a stretch of the Arizona desert is months behind schedule and has been riddled with system failures. Problems include cameras that cannot distinguish between grazing cattle, underbrush and people, and tendency to malfunction when exposed to moisture.

Frustrated by the delay and poor performance, the government has refused to pay Boeing at least $5 million, while the House Appropriations Committee has voted to provide only $300 million of the $1 billion that President Bush requested for the program for next year. Since May 2006, President Bush ordered National Guard soldiers to the border to assist U.S. Border Patrol agents.

Instead of stemming the tide of immigration, however, this militarization has created a humanitarian crisis, where water, emergency assistance and a way out can be impossible to come by.

From 1995 to 2005, border deaths have doubled, with the majority of the fatalities occurring in Arizona’s desert. According to No More Deaths, since Oct. 1, 2006, 238 immigrants died crossing the border in Arizona.