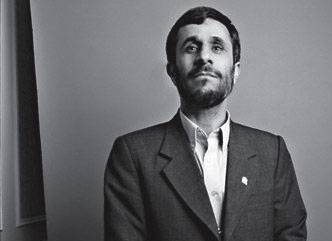 Over the past five years, perhaps no college campus has been the scene of as much controversy over academic “freedom of speech” as Columbia University in New York City. The reasons for this are partly geographical — Columbia is an Ivy League school in the heart of the media capital of the world, which inherently magnifies events there. Columbia can also be seen as an early-stage testing ground for the right’s campaign to cleanse the academy of “pernicious” influences. More than abstract principles are at stake in these recent Columbia free-speech dust-ups. Universities represent one the last institutional bastions of independent thinking in the face of a post-9/11 conservative ascendancy, and their subordination to a narrow political ideology would mark yet another victory for the right.

April 2005
Middle Eastern and Asian Languages and Culture (MEALAC) professor Joseph Massad is cleared of charges that he made anti-semitic statements in his classroom by an ad hoc university committee. The David Project, a Boston-based organization that describes its mission as promoting “the truth about Israel” on university campuses, first leveled the charges against Massad in the winter of 2004.

February 2006
David Horowitz, calling Columbia University a “national scandal” in his book, The Professors: The 101 Most Dangerous Academics in America, cooks up a blacklist of the school’s radical faculty.

October 2006
Columbia University students and community allies chase Jim Gilchrist, founder of the vigilante hate group the Minutemen, off the stage at Roone Arledge Auditorium. Once again, the local tabloids and conservative press are outraged. The University punishes student activists who organized the outburst.

September 2007
Iranian President Mahmoud Ahmadinejad is invited by Columbia’s School of International and Public Affairs (SIPA) to speak as part of the school’s World Leader’s Forum.  The visit prompts vigorous debate about the role of the University in promoting and moderating free speech.  University President Lee Bollinger’s introduction of Ahmadinejad is widely condemned as bellicose and unbecoming of a university president.

October 2007
A hanging noose is found tied to the door of Teachers’ College professor Madonna G. Constantine, an African-American faculty member. Protests erupt. Hundreds of students march from Earl Hall to Teachers College. Many of the protesters call Columbia a “racist institution.”