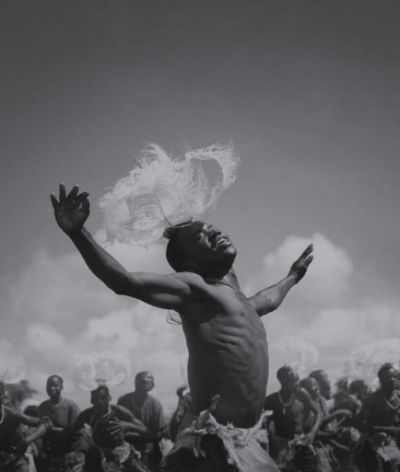 War Dance
By Sean Fine and Andrea Nix
Rogues Harbor Studios, 2007
Movies chronicling the calamities of Africa abound, ranging from sensational thrillers like Blood Diamond to often amateurish documentaries that inspire little more than indifference. To get around such cinematographic fatalities, the makers of War Dance, Sean Fine and Andrea Nix, lure the viewer with a hook: the tale of impoverished but fierce children trying to make it.

Sent by the NGO Shine Global to document Uganda’s 20-year civil war, the couple decided to present the conflict through the stories of three children. For most of War Dance we follow Nancy, Rose and Dominic, who live in the Patongo displacement camp in northern Uganda, as they prepare to compete in a nationwide dance and music competition in Kampala, the capital. The directors picked Patongo Primary School for its remote and dangerous location and because its students initially didn’t stand a chance in the competition (20,000 other Ugandan schools compete in the contest, most of them from regions less affected by the war).

“We were convinced that they were going to lose,” Fine said. Although the documentary recalls, to varying degrees, Little Miss Sunshine, Sister Act and Billy Elliot, Fine says, “We didn’t want to make another competition movie. Rather it was an opportunity to see the kids leave for the first time a refugee camp in which they are literally prisoners.” Nevertheless, showing Western viewers the success story of poor African orphans seems at the same time marketable and strangely obscene.

The competition is presented as a way for the children to retain their identity and agency through music and dance. But performance, though certainly therapeutic, in no way miraculously erases the trauma of being kidnapped or brutalized (in Uganda there are more than 200,000 orphans as a result of the conflict). Nancy, Rose and Dominic belong to the Acholi tribe, 500,000 of whom are currently living in government camps throughout Uganda. In one sequence, Rose vividly describes how she found her parents’ heads “in a cooking pot” after the rebels left her village.

The film’s greatest strength is that it gives the children a voice. Through their eyes, it presents unsentimental accounts of a conflict that directly targets youth, many of whom are abducted and forced to be soldiers or sex slaves by rebel groups like the Lord’s Resistance Army and the Allied Democratic Forces. The result is a collection of eloquent narratives of war told by those who survived and escaped.

War Dance made it to the Sundance Film Festival, where it won the Documentary Directing Prize. Fine said, “A documentary should be cinematic, beautiful: We tried to emulate the look of film while shooting in high definition.” The couple’s credentials working for National Geographic don’t totally discredit them as political analysts, though they make the viewer suspicious of too many shots of sunsets and contemplative landscapes. Fine, a third-generation cameraman, said he had no problem putting the camera in people’s faces, “5-6 inches from them.” In fact, the children often pose in front of the camera — a problematic situation because it is ultimately unclear how much of the film is staged. The presence of the film crew creates some very special circumstances — like a mindboggling confrontation between a rebel chief and Dominic, who is a former child soldier looking for his kidnapped brother. Carefully crafted, the film also avoids overdramatization. The two filmmakers (both of whom are white) are wary of both the tendency to exoticize Africa and the voyeurism of the humanitarian spectacle. Though half the ticket price goes back to nongovernmental organizations, the film’s sincerity doesn’t necessarily translate into effectiveness; the story makes for a bitter fairy tale.

Ultimately, the well-meaning War Dance, unlike Theodore Braun’s Darfur Now, avoids engaging in a straightforward political discussion, which exposes it to the risk of remaining anecdotic. The triumphant “all ends well” finale is ultimately disturbing, as it leaves aside the larger, gloomier picture: the children have won a trophy and we, the viewers, return to our cozy lives, untouched.