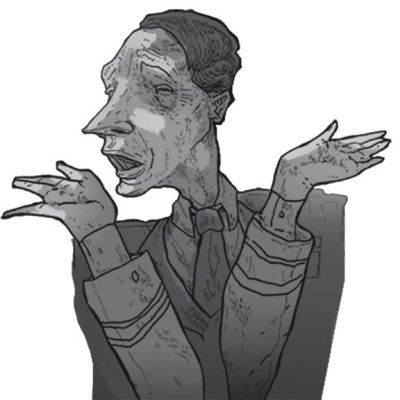 The manual, with a foreword by Lt. Col. John A. Nagl and an introduction by Sarah Sewall, is one of the most intellectually corrupt books I have ever encountered.

Without substance, it poses as a very thorough work, a hefty 419 pages. It examines, among other things: integrating civilian and military activities, intelligence operations, developing “host-nation” security forces, designing and executing counterinsurgency operations and leadership and ethics. There are five appendices: tables, figures and scholarly source notes, a glossary and an annotated bibliography.

But its use as a blueprint for success in Iraq is nil. For example, in a brief section on “social norms,” it presents three paragraphs on culture, four paragraphs on beliefs and one paragraph on values.

“A value is an enduring belief,” it declares, “that a specific mode of conduct or end state of existence is preferable to an opposite or converse mode of conduct or end state of existence.” For the U.S. soldier or officer that is a dead end. In two paragraphs on “Airpower in the Strike Role,” it mentions that “bombing, even with the most precise weapons, can cause unintended civilian casualties” — a casual reference to a fearful consequence of contemporary U.S. aggression in Iraq and Afghanistan.

Three paragraphs speak of “Multinational Corporations and Contractors.” It is a very cleaned-up presentation of their activities. No numbers are given. For c omp a r i s o n , Oct. 4, 2007, the Financial Times (London) declared that “The number of U.S. troops in Iraq is now at a peak of 168,000, but they rely on an even bigger army of 180,000 contractors.” The New York Times, in its own corrupt fashion, reported the number of contractors in Iraq on Oct. 11 as “roughly 100,000.”

The military material on strategy and tactics reads better. However, Petraeus’ support in early 2007 for the troop “surge” seemed to conflict with the guidelines of his counterinsurgency manual, as Current Biography pointed out in a sketch of the general in April 2007. “According to the ratios in the manual,” the article reads, “a total of 120,000 troops would be needed to secure Baghdad, a number that would not nearly be reached with the 21,500 additional troops whose deployment [President George W.] Bush proposed and Petraeus publicly supported.” According to some analysts, the manual’s strategy hinges on convincing Iraqis to accept the occupation and violently separating the insurgents from the majority of the population — a strategy that requires a prolonged U.S. presence in Iraq, in spite of military c om ma n d e r s ’ opinion that present troop levels in Iraq are unsustainable.

The unwritten ratio that may be crucial is the “kill” ratio. How many Iraqi civilians must die to eliminate the population base out of which the insurgents operate?

The corrupt thought in the manual begins with its omission of an acknowledgment in honesty that the insurgency is a reaction to the American and British invasion and occupation of Iraq, actions which then U.N. Secretary-General Kofi Annan declared “illegal.” The writers of the manual are professionally indifferent to the sufferings of the Iraqi and Afghan people under the occupations.

However, in her introduction to the manual, Sarah Sewall, the director of the Carr Center for Human Rights Policy at Harvard’s Kennedy School of Government and a former Defense Department official, states forthrightly:

Lt. Col. John A. Nagl, a member of the writing team at Fort Leavenworth, Kansas, that produced the manual, offered another riposte or circumvention in the 2005 preface to his study, Learning to Eat Soup With a Knife: Counterinsurgency Lessons from Malaya and Vietnam, “The United States is working diligently in Iraq, as it did in Vietnam, to improve the lives of the people.”

Overall, and as of now, all the sweetness has gone out of American life, like the mythic cowboy disappearing over the horizon at the end of the film. Everything — politics, social and economic issues, war policy — has become bitterly contested and disastrous.

If the United States should win in Iraq, Afghanistan, Lebanon, the Palestinian territories, Somalia, and elsewhere, what will be left of America? Nothing.