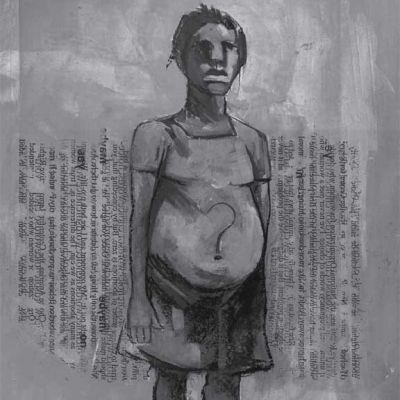 Words of Choice doesn’t literally grab viewers by the shoulders and shake them, but it comes close. Based on Cindy Cooper’s long-running play of the same name, the film demonstrates why women need access to abortion and other reproductive options. Its goal is clearly agitational, urging us to step up pro-choice activism.

The beautifully acted production, reminiscent of The Vagina Monologues, presents 14 fast- moving and well-written skits that zoom in on a range of issues, from vicious attacks against reproductive health centers to a pregnant teenager’s angst over putting her baby up for adoption.

Skillfully weaving in history, the film opens with an excerpt from Supreme Court Justice Harry Blackmun’s 1973 Roe v. Wade decision. It then flashes forward to the contemporary anti-choice movement, zeroing in on the human impact of anti-abortion legislation.

One of the most affecting pieces is “A Father’s Story.” In it, Thomasina Clarke portrays a low-income man whose teenaged daughter was raped following a Fourth of July celebration at the Washington Monument. “As my daughter entered a side street,” Clarke begins, “three men emerged and before my daughter could utter a cry, she was blindfolded, gagged, tied up and taken to a house where she was kept all night long.” During her captivity, the teenager was repeatedly raped and beaten. The next day, she was taken back to the monument and left to find her way home. “In a short period of time,” Clarke continues, “my daughter knew she was pregnant. I want to ask Congressman [Henry] Hyde what he would have done if he had been the father of that girl.” (Hyde is the congressman responsible for introducing the amendment that, since 1977, has barred Medicaid from paying for the abortions of most poor women.)

Also poignant, “What I Said to Congress” draws upon the testimony of a woman who had a late-term abortion. “Seven years ago I thought I had a perfect pregnancy,” she says. But after tests revealed that the fetus had a fatal chromosomal disorder, fluid in his brain, a malformed heart and other untreatable disabilities, she chose to have an abortion. Her dilemma, of course, failed to sway Congress to allow “partial birth” abortions but the power of her words is undeniable.

But lest you think Words of Choice is unbearably heavy, rest assured that it is not. “SCHIPS,” for one, makes fun of former Health and Human Services Secretary Tommy Thompson and his consistent elevation of fetal life.

“Why does a fetus make a better patient than a pregnant woman?” he asks. “Among other things, a fetus never asks if it can bring cameras, video recorders or partners into the delivery room.” Similarly, a skit based on an article that originally ran in The Onion, “Taco Bell Launch,” is a hilarious monologue about the Morning-After Burrito, which is eaten within 36 hours of unprotected intercourse. The spoof presents a $1.99 treat that has consumers singing its praises. Words of Choice also addresses anti-abortion violence (“To Hell and Back”), “right-to-life” hypocrisy (“You’re On Your Own”), what life was like before Roe (“She Said Before 1973” and “Remembering”) and the feelings of sadness and guilt that some women experience after terminating a pregnancy (“Kathy/Parallel Lives”).

Never glib or strident, the film offers a cogent and unapologetic defense of reproductive freedom. While adults will be both moved and angered by Words of Choice, its message will resonate with high school and college students. A teaching guide accompanies the DVD, making it easy for those who want to use it as an educational tool to do so.