Arivaca, Arizona—The border is not just a place; it is the thinnest line between the lives of human beings who are subject to different laws, yet share a culture that has blended together across a geographic landscape and a heritage which has intertwined for generations. In a quest to document “the last American frontier as it vanishes before our eyes,” I moved to Arivaca, a small town seven miles north of the Arizona-Mexico border, in 2004. For the last three years, I have explored border communities and ventured into the vast desert on horseback, on foot and by 4-wheel drive, over some of the roughest terrain in the Sonoran Desert.

What I have learned and documented is not necessarily unique to the American-Mexican Border. The movement of millions of people due to globalization creates a fascinating opportunity for documenting the cultural and humanistic facet of this era. We must try to understand the feelings of the people who want so desperately to improve their lives. Hopefully, this project will help lead to discovering solutions to border issues based on principles of humanity, instead of governments.

As we continue to build both self-righteous physical walls, steel barriers and high-tech surveillance systems, what we must see are the walls we have put up in our minds and in our hearts. These walls are the strongest of all, which each one of us has the power to either tear down or fortify.

(Captions from top to bottom, read left to right)

Young migrants caught by U.S. Border Patrol agents in southern Arizona after walking more than 25 miles through the desert.

Shoelaces: Detained migrants are forced to remove their shoelaces so they cannot run or use the laces as weapons.

White Crosses: When a loved one dies entering the United States, the family hangs a cross on the tall steel wall that cuts through the city. We should all stand in Mexico before this wall and read the names and ages on it before we make our stand on border and immigration issues. Militarizing the Border: U.S National Guard vehicles in the field ready for deployment.

Big Brother: A midsection of a border surveillance tower south of Arivaca, Ariz. “Project 28” is a multimillion dollar system of surveillance towers, which are part of the Secure Border Initiative Network (SBINet), a $2 billion national security contract that was awarded to Boeing Company in 2006. The towers are guarded around the clock by Pinkerton Government Services.

Internationally recognized contemporary artist Karl W. Hoffman took time off from his gallery work in sculpture and jewelry to move to southern Arizona to complete a black-and-white photo-documentary of life along the U.S.-Mexico border. The “Living on the Border” project has been nominated for numerous awards in both art and photojournalism — nationally and internationally — and he has been invited to speak about his work and experiences around the country.For more information, see: livingontheborder.com and karlwhoffman.com. 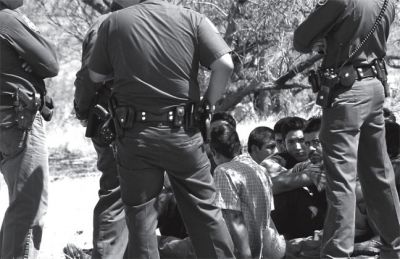 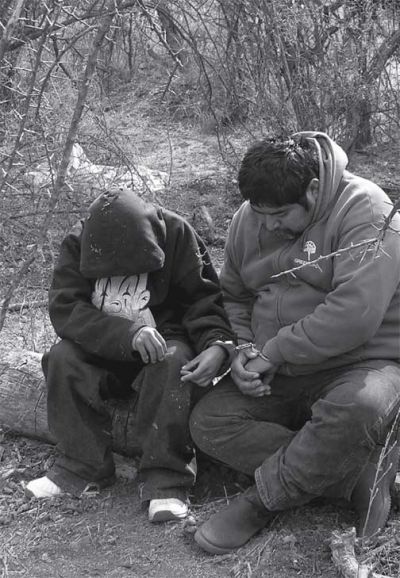 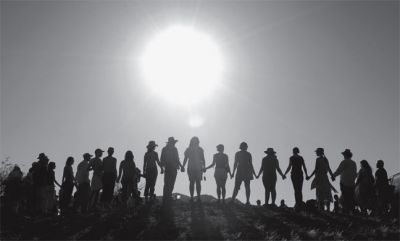 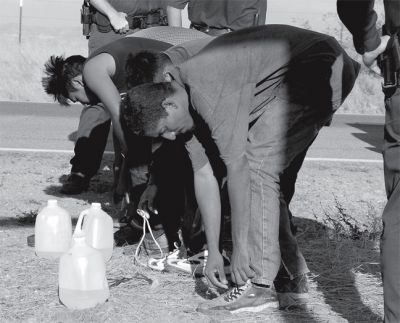 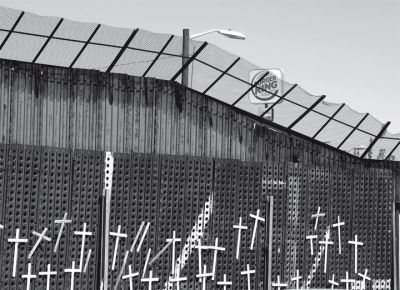 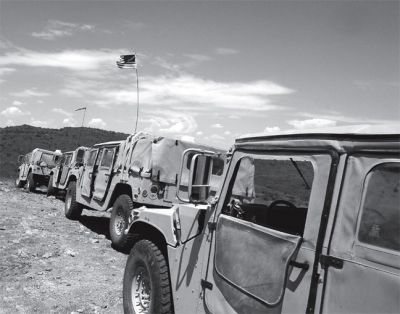 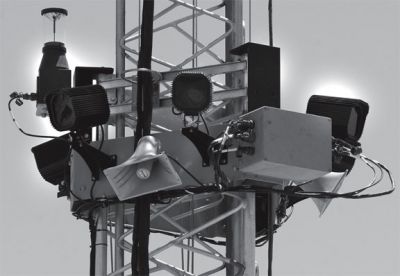 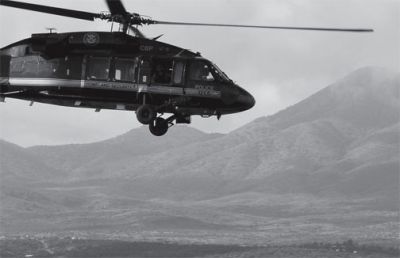