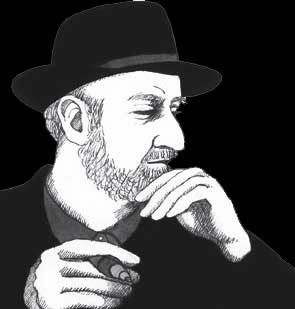 Poetry as Insurgent Art
Lawrence Ferlinghetti
New Directions, 2007
The delicacy and refinement, defiant expression and presence of poetry are piercing qualities in the extremity of contemporary events. Lawrence Ferlinghetti speaks for poetry in his new book, Poetry as Insurgent Art. He offers poetry as an instrument of rebellion, as a means to invent a new language, a new truth. “I am signaling you through the flames,” he writes encouragingly. “ … You are Whitman, you are Poe … you are Emily Dickinson and Edna St. Vincent Millay … ” Of poetry itself, he says, “Poetry is the ultimate inner refuge” (accurate) and “it is Helen’s straw hair in sunlight” (lovely).

Ferlinghetti himself is an insurgent poet, along with Allen Ginsberg and Jack Kerouac, Gregory Corso and William S. Burroughs. Ferlinghetti is the author of A Coney Island of the Mind (1958). Displaying an irregular poetic line, plain or vernacular language and Beatitude, it was a pathbreaking work. He also founded, with Peter D. Martin, the bookstore and publisher City Lights in San Francisco more than 50 years ago. Today, he continues his workin-progress, holding to the pace at the age of 88.His latest book includes two sets of aphorisms, two Populist Manifestos, which originally appeared in 1976 and 1978, and a hymn to poetry, “Modern Poetry is Prose.” In the set “What is Poetry?”, Ferlinghetti declares, “Poetry about poetry is counterfeit poetry.” I differ. He himself is submitting to us aphorisms about poetry; they aren’t poetry, perhaps, but they are strongly suggestive and poetic.

Some of Ferlinghetti’s lines may be ill-composed, but I wouldn’t quibble about that. He is a Beat poet: Beat referring to “the renaissance of wonder,” and Beat in the sense of having “had it” and cutting out. I remember when the Beats first appeared. It was an exciting, important moment in 1957. I have in my library a copy of the Evergreen Review No. 2, on the San Francisco scene, edited by Barney Rosset and Donald Allen. That issue contains Ginsberg’s “Howl;” Kerouac’s prose poem to America, “October in the Railroad Earth” and essays by Kenneth Rexroth and Dore Ashton; and an excerpt from Ferlinghetti’s A Coney Island of the Mind.

The Beats were the last group of American writers to activate the public’s imagination. Today, the integrated imagination is extinct in the United States. Lamentations may on occasion be heard.

What do we have to go on now to keep us on the road? We have our memories and reminiscences.

We have poetry. We have “Gaudeamus Igitur” (“Let us live then and be glad”). We have Sir Gawain and the Green Knight. We have Sir Thomas Malory’s Morte Darthur completed in 1469, while the author was in prison.
We have the City Lights Pocket Poets Anthology, edited by Ferlinghetti, who writes, “From the beginning … I had in mind … an international, dissident, insurgent ferment … coalescing in a truly supra-national poetic voice.”

And to bring it all down to the present and extend it into the future, we have an exhibition, Beatific Soul: Jack Kerouac on the Road, through March 16, 2008, at the New York Public Library (Fifth Avenue and 42nd Street). The library program, Fall 2007/Winter 2008, notes, “He was BE AT — the root, the soul of Beatific.”