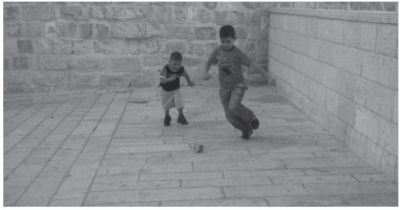 NAZARETH—Israel is frequently cited as “the only democracy in the Middle East.” The 1.2 million Palestinians living inside Israel’s borders, would beg to differ.

Beginning with the founding of Israel as a Jewish state in 1948, Palestinians have been treated as second-class citizens and enemies from within. Each of the “Basic Laws,” the foundation of the Israeli legal system, begins with a statement that Israel is a Jewish state. For example, the purpose of the Basic Law: Human Dignity and Freedom is “to establish the values of the State of Israel as a Jewish and democratic state.”

From 1948 until 1966, Palestinians inside Israel were subject to military law, while Jews lived under civilian law. During that time, 66 percent of Arab-owned land was confiscated. In 1947, Jews owned 6.7 percent while Palestinians held the rest. Today, Israeli Palestinians, 20 percent of the population, own 2.5 percent of the land.

Discrimination inside Israel falls broadly into four categories, according to Mohammad Zeidan, general director of the Nazareth- based Arab Association for Human Rights (AHR): laws that give different privileges and rights to Jews and non-Jews; indirect discrimination not specifically linked to religion; institutional discrimination, such as allocation of municipal funds; and racism in public life, including cultural discrimination.

The legal discrimination can be seen explicitly in laws that offer automatic Israeli citizenship to Jews from anywhere in the world, while non-Jews who are married to Israeli citizens face a difficult process for acquiring citizenship.

In order to be elected to the Knesset, the Israeli parliament, political parties must formally recognize Israel as a Jewish state, so even advocating complete equality for Palestinians inside Israel would disqualify a party from running candidates.

Legal discrimination also plays a role in land allocation. Nearly 20 percent of Israeli land is controlled by the Jewish National Fund, which is legally mandated to use the land only to benefit Jews. Much of this land was confiscated from its Palestinian owners by the military or taken away under the “absentee” laws of 1950, which declared that landowners who were not occupying their land in the years 1948 to 1952 forfeited their rights to it. Having been made refugees during the war of 1948, many Palestinians were robbed of their lands by these laws. In addition, many Palestinian villages had been declared “military zones” by the Israeli army. The owners frequently were living a few miles away, waiting for the military to allow them access to their land, only to have the title stripped from them.

Institutional discrimination crops up in community development plans, where Palestinian neighborhoods are held to existing land allocations, while Jewish neighborhoods grow unchecked. In the Arab city of Nazareth, for example, the population of 13,000 Palestinians in 1947 lived on 3,000 acres. In 2007, with a population of 70,000, the city occupies only 3,100 acres, with strict limitations on any expansion.

On the hilltops surrounding it, the mainly Jewish city of Nazareth Illit (built on confiscated Palestinian land) with a population of 50,000, sprawls across 11,250 acres. When the original Palestinian owners of the land went to court to protest the confiscation of their property for “public” purposes, arguing that they were also the public, the court ruled that absorption of immigration was the main “public purpose” of the time.

In 1965, the Israeli parliament adopted the Planning and Construction Law governing development in the country. Dozens of villages were declared “unrecognized” and the land classified as non-residential agricultural land. Some 100,000 Israeli Palestinians live in these villages, which Zeidan says are more aptly called “dis-recognized,” They receive no government services such as electricity, water and sewage, although they pay the same taxes as other citizens, and all structures are considered illegal and subject to demolition.

Israel maintains two educational systems, one in Hebrew for Jews and one in Arabic for Palestinians. According to Ittijah, the Union of Arab Community-Based Organizations, 75 percent of Jewish schools have career and vocational guidance services, while only one-quarter of Arab schools do. Government-funded preschools do not operate in Arab towns.

Cultural discrimination flows from the other three forms of discrimination, says the AHR’s Zeidan. Israeli culture is steeped in racism, he says. More than half the population believes that political rights such as voting should be withdrawn from Palestinians living inside Israel. The Ysrael B’tenah Party, which with 12 seats is the fourth largest party in the Knesset, openly speaks of “transfer” of the Palestinian population. “The space that we can act inside Israel is getting smaller and smaller,” says Zeidan.

While Israel is legally a bilingual state — Hebrew and Arabic — you are more likely to encounter signage in Russian or English than in Arabic. ATMs, for instance, are mostly in Hebrew, English and sometimes Russian. Many government offices refuse to conduct business in Arabic.

“Israel is a democratic state for Jews and Jews only,” says Fida Ibrahim Abu Ata, public relations director of Ittijah. “And that is how it should be stated, as plain and vivid as this.”

Ellen Davidson is a longtime Jewish- American peace activist from New York who traveled to Palestine on a delegation with the Middle East Children’s Alliance, mecaforpeace.org.