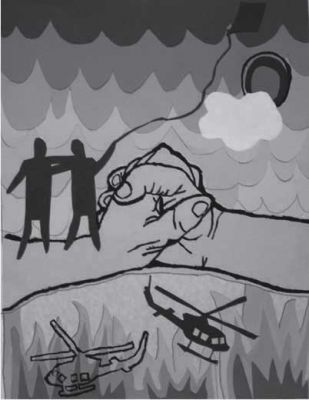 Not since Slim Pickens’ death-defying ride on an atom bomb in Dr. Strangelove has anyone had as much fun with weapons on-screen as Tom Hanks’ based-on-reality character does in “Charlie Wilson’s War.”

They called him Good-Time Charlie, and they were right. Rep. Charles Wilson (D-Texas) liked almost everyone and everything, especially whiskey, women and a good fight. A liberal Democrat from Texas, he arrived in the House in 1973. At that time “liberal” was still the opposite of “radical,” not a synonym for it, and Wilson favored Medicaid, the Equal Rights Amendment, women’s right to choose abortion and U.S. interventionism — big time.

He didn’t like communism, though. Having lost Nicaragua’s Somoza dictatorship to Marxist Sandinista revolutionaries in 1979, he grabbed the chance to redeem himself when the Soviet Union invaded Afghanistan. By the time he had finished masterminding the aid to the mujahadin resistance that was the largest U.S. covert operation to that point, many saw him as the one-man army responsible for the coup de grace to the moribund Soviet empire.

Now Mike Nichols, Hollywood’s last great satirist, has put Wilson’s story into a smoothly ambiguous, star-studded movie that’s almost a shoo-in for a Best Picture Oscar. The script, based on the book by Richard Krile, was written by Aaron Sorkin, author of “A Few Good Men” and creator of The West Wing. The film contains bravura performances by three Academy Award winners:

Philip Seymour Hoffman as the loosecannon CIA agent Gust Avrakotas who helps Wilson “kill some Russians” (to the tune, during the slaughter, of “And he shall purify” from Handel’s Messiah); Julia Roberts playing against type as Joanne Herring, the Texas conservative who seduces Wilson into taking on Afghanistan; and the well-loved Tom Hanks as Good-Time Charlie himself. Mike Nichols, however, is no Stanley Kubrick, and Aaron Sorkin sometimes overworks the crowd-pleasing. Here he has it both ways — U.S. interventionism is megalomaniacal and maybe even murderous, but whoopee! We won the Cold War!

“Charlie Wilson’s War” isn’t satire, just a rollicking tale of a guy enjoying every minute of a noble fight. Whatever it says about U.S. foreign policy, it fudges or rescinds in the next sentence. A note at the end quotes Wilson’s declaration that we “fucked up the end-game” in Afghanistan, meaning that the failure to help rebuild the country led to the rise of the Taliban.

But that’s not really what happened, is it? Charlie, Mike, Aaron — can’t any of you say “blowback”? It’s what happens when you arm one set of people you don’t much like to fight people you like even less: the guys you arm come back and bite you in the ass. Big time. Usually they bite their own people, too. The film “The Kite Runner” is about the world Charlie Wilson’s war left behind, although both the movie and the novel on which the film is based are essentially silent about the covert war against the Soviet Union and the subsequent U.S. attack on Afghanistan in 2001.

The novel, by Khaled Hosseini, was the United States’ number three best-seller in 2005. An epic tale of war, violence — including public execution and homosexual pedophilic rape (twice!) — betrayal and redemption, it featured not one but two sets of villains we love to hate, the Soviet Union and the Taliban.

“The Kite Runner” is the story of Amir, a motherless youth in 1970s Kabul, who loves his macho father, his best friend Hassan and kite contests in which kite strings coated in ground glass are used to cut opponents’ kite strings. The winner is the one with the last one flying, who gets to collect the cut kites. Hassan is the best finder of those kites — the best kite-runner — in Kabul.

But Amir loses his friend through a shameful act of cowardice and betrayal, then loses his home when the Soviet invasion turns the family into refugees. Thirty years later, he has the chance — if he can find the courage to return to Kabul and rescue Hassan’s young son from a vicious Taliban leader who is keeping the child as a sexual plaything. Shot in western China, The Kite Runner is gorgeous to look at and a rich crash course on Afghan culture, and Ahmad Khan Mahmidzada is touching and tender as the heroworshiping child Hassan. (He has received such harsh criticism for playing the victim of a homosexual rape that he has allegedly had to leave Afghanistan.) The novel’s complex plot, however, has been compressed to fit the movie, and with much nuance lost, many passages are unconvincing. Especially flat are the crucial failure of courage of young Amir (Zekeria Ebrahimi) and the pure evil of the villainous Assef (Elham Ehsas/ Abdul Salam Yusoufzai).

Afghanistan isn’t Iraq. The American people may feel bad about Iraq, but we think we were the good guys in Afghanistan. We also still suspect that Arabs and Muslims (they’re the same, aren’t they?) are our enemies. And like Aaron Sorkin, Hollywood and the public also like to have it both ways. We condemn the Iraq war while condoning and even celebrating our conduct in Afghanistan playing to widespread unease about Iraq without challenging the basic premises of Arab/Muslim evil and, most of all, our country’s fundamental right to rule. The absence of that challenge may be precisely what made The Kite Runner novel such a mega-hit; the mixed message may well carry Charlie Wilson’s War to multiple Academy Awards. — Judith Mahoney Pasternak