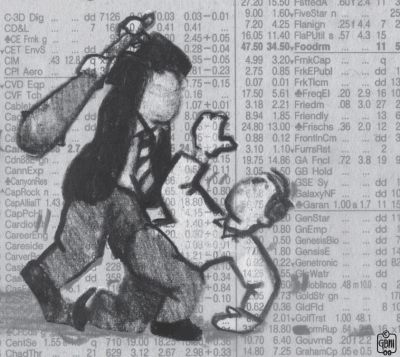 In 2008, labor unions will spend big and mobilize hundreds of thousands of workers to organize new members and campaign for Democratic Party candidates. The nuts and bolts of labor struggles are often lost in the presidential race, however.

Union membership has continued its decades- long decline, with only 12 percent of the workforce and 7.4 percent of the private sector now unionized. Last year saw a major setback in labor regulation that could make it harder for workers to join unions. Nonetheless, the writers’ strike is still going strong and tens of thousands of Verizon workers are poised to unionize.

The Writers Guild of America (WGA) strike against the Alliance of Motion Picture and Television Producers (or, as David Letterman calls it: “Cowards, Cutthroats and Weasels”) is one of the rare occasions when a labor stoppage grips America’s attention span. On Nov. 5, 2007, about 12,000 writers in the West and East Coast branches of the union struck over a number of demands, including the core issue of writers wanting a greater percentage of “residuals” (a payment each time one of their works is consumed).

“We all know that no payments on new media equals a rollback in residuals. And given pattern bargaining, getting rid of our residuals means getting rid of residuals industry wide,” wrote WGA strike captain Alfredo Barrios on a blog about the labor stoppage.

The advent of the new media technology (Internet, cell phone downloads) has hurt the earnings of writers as the studios refuse to pay residuals when consumers stream content regardless of revenue generated.

The studios now pay just 1.2 percent of the distributor’s gross income to WGA members for media that consumers purchase online or through cell phones. On top of that, the WGA estimates that over the next three years big media and production companies will earn more than $4.6 billion in new media advertisements that accompany guild members’ work.

The strike’s roots began in the mid-1980s when the WGA took an 80 percent cut in home video residuals to help boost VHS technology. As VHS took off and gave way to DVDs, the WGA did not regain its share of the new technology’s profits. According to the WGA, writers receive about four cents for every DVD sold. That is a small fraction of the Entertainment Merchant Association’s estimated DVD industry of $16.5 billion.

The writers’ big demand – four extra cents for DVDs and 2.5 percent of new media gross income. If the WGA obtains a greater residual percentage, it sets a precedent for other media unions and future media technologies, and, most importantly, it wins the strike.

Because systematic anti-union activity by management has made union elections so difficult for labor to win, unions have initiated “card check” campaigns to organize workers. The card check process occurs when a majority of workers sign union representation cards or petitions calling for a union. Most card checks are part of “neutrality agreements” in which the employer agrees not to interfere with workers’ right to organize.

Neutrality agreements usually occur in non-union shops where unions have organized the company’s other plants. Workers usually join labor unions either through voting in a secret ballot election that is organized and certified by the NLRB or card checks — the employer agrees to unionization when a majority of employees sign union cards.

Though the NLRB handed down the anti-union ruling it did not stop the UA W from organizing 2,500 workers at 11 different plants through card checks in 2007.

Though only 360 workers are currently petitioning for unionization, it could lead to tens of thousands of Verizon workers joining unions in the future. Verizon signed a neutrality agreement in 2000 with the Communication Workers of America and the International Brotherhood of Electrical Workers, the two unions that represent approximately 97,000 Verizon workers. The agreement prohibited Verizon from interfering with the effort to organize 35,000 non-union Verizon workers.