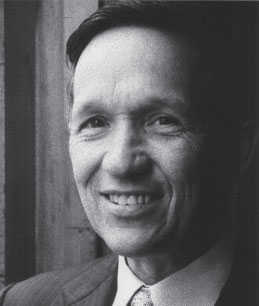 The limits of the presidential election process has penned voters between corporatebacked candidates and a hard place after both antiwar candidates, Reps. Dennis Kucinich (D-Ohio) and Ron Paul (R-Tex.), were iced out of national debates, likely affecting the outcomes of both the Iowa caucus and New Hampshire primary.

Both veteran politicians have a strong grassroots following — Kucinich with progressives and Paul with libertarians and nativists —and have fought mightily for attention across the nation. Their attempts to gain a national platform for their ideas and candidacies have been thwarted by the corporate media, which have not given them fair coverage and have excluded them from debates.

This is not some back-room conspiracy; it’s how the system works. The electoral process is slanted to those candidates who can raise hundreds of millions of dollars from corporations and the wealthy. Those with populist agendas, who threaten vested interests, such as the giant media corporations, are denied entry to the “democratic process.”
Kucinich, for example, was excluded from the Jan. 5 ABC News-sponsored New Hampshire debate after the network claimed Kucinich failed to qualify because he did not place in the top four in Iowa or poll higher than 5 percent. According to a joint ABC-Facebook survey, however, Kucinich polled higher than New Mexico

Gov. Bill Richardson, who was invited to the debate. Kucinich filed a complaint with the Federal Communications Commission on Jan. 4, claiming that ABC “is violating its obligation to operate in the public interest” and that it could not be a “true presidential primary debate without including all credible candidates, but instead is effectively an endorsement of the candidates selected by ABC.”

ABC’s decision came after Kucinich was blocked from the Des Moines Register-sponsored Democratic debate Dec. 13 in Iowa. The newspaper said because Kucinich did not have an “official” office in Iowa (his campaign operated out of supporters’ homes), he was not a legitimate candidate. It was not the first time ABC muffled Kucinich.

After the Aug. 19 ABC News-sponsored debate in Iowa, the Disney- owned network posted an online survey asking, “Who won the Democratic debate?” and then removed the results after Kucinich was in the lead.

Ron Paul has faced similar roadblocks. Fox News did not invite him to join the Jan. 6 Republican debate, even though he garnered 10 percent of the Iowa vote, far more than Rudy Giuliani’s 4 percent, who was invited. In response, the New Hampshire Republican Party withdrew as a “partner” from the forum.

Paul has significant support, as proved by his record-breaking daily fundraising haul of $6 million on Dec. 16. Paul’s campaign claims that he has been also excluded from prominent online surveys in the last several months and was also initially blocked from attending a Republican presidential forum in Des Moines, Iowa, in June. Voters should be appalled, but not surprised.
Leaders in both parties are pulling dirty tricks to eliminate viable contenders who challenge the Wall Streetbacked candidates on tough topics such as the Iraq war, NAFTA, foreign policy, healthcare and the environment.

The most brazen example came during a Democratic debate last summer in Detroit after the mainstream candidates took heat for their support for the Iraq War and free trade deals. Following the debate, an open microphone caught John Edwards telling Hillary Clinton “our guys should talk,” apparently about pushing out the other candidates because “they are not serious.”