Those reading the roster of the senator’s corporate contributors might view her populist rhetoric skeptically, but it resonated with New Hampshire voters, who gave her the narrow win over Sen. Barack Obama. Democrats around the state almost universally identified their top four issues as ending the Iraq war, healthcare, the environment and global warming, and education, especially the high cost of college and the teach-to-the-test mandates of President Bush’s “No Child Left Behind” program. Clinton supporters often cited the economy as well. 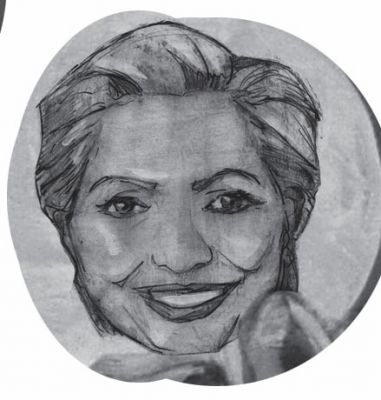 “I listened to you, and in the process I found my own voice,” Clinton proclaimed.

The three leading Democratic presidential contenders, Clinton, Obama, and former Sen. John Edwards, all promise universal healthcare, but through systems in which the 47 million uninsured people would buy insurance. (Obama’s plan would not actually be universal; the other two would require everyone to purchase either government or private coverage.) They fiercely promise to end the Iraq war, but only Edwards has discussed a definite deadline for doing so. (New Mexico Gov. Bill Richardson, who pledged to withdraw all the troops within a year, finished a distant fourth in New Hampshire and withdrew two days later.)

That frustrates Rep. Dennis Kucinich, the most left-wing Democrat in the race, who finished fifth, garnering only 2 percent of the vote. The Cleveland congressman, running on a platform of immediate withdrawal from Iraq and a singlepayer national nonprofit healthcare system, realizes that he is not going to win the presidential nomination — he is also seeking re-election to his House seat — but wants to call attention to those issues.

“Healthcare should never be a privilege based on ability to pay,” Kucinich told a small but loud group of supporters at a Manchester bar. “People did not vote for a change from a Republican version of the war in Iraq to a Democratic version of the war. It is not acceptable for Democrats to say ‘2013.’”

The problem for Kucinich is raising his support from fringe-candidate status to that of a minority big enough to have some influence. “Unless someone comes forward and makes a commitment, and it’s credible, who else will be there?” he responds. “I think this race is going to go all the way to the convention. The very unpredictability of it will open the way for a candidate like me.”

The Democrats are more solid on environmental issues. Obama calls it a “planetary crisis” and vows a “Manhattan Project for clean energy.” Edwards wants to spend $25 billion on creating “green infrastructure.” Clinton says she believes we will create five million “green-collar jobs” in the next ten years. Richardson, who called for an “energy revolution,” had the most detailed proposals: converting half of current fossil-fuel consumption to solar, wind and biofuel power by 2020, as well as expanding mass transit and raising fuel economy standards to 50 miles per gallon.

Even some Republicans are acknowledging global warming. Arizona Sen. John McCain, who easily defeated Massachusetts governor Mitt Romney in the New Hampshire GOP race, opened a speech in Concord Jan. 7 by vowing to “clean up the planet” and “make global warming a priority.”

At this point, the national Republicans appear fractured, with no Ronald Reagan or George Bush who’s personable and belligerent enough to unite plutocrats, war hawks and working-class religious conservatives. Romney is probably the closest to a pure right-winger, but he’s often obviously opportunistic and cluelessly upper-class. Mike Huckabee’s base is in the religious right, but the plutocrats dismiss him as a hick. The number bar on Rudy Giuliani’s speechwriter’s keyboard is missing all the digits except 9 and 1. And the more doctrinaire denounce McCain for being against torture and saying that illegal immigrants are human beings. 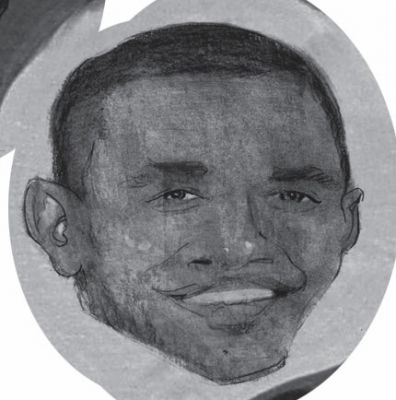 If the Democrats are not credible on workingclass issues, they will likely leave the Republicans an opening to exploit antiimmigrant sentiment in the guise of protecting American jobs. So they are using the most pro-labor rhetoric in a generation. Though Edwards is the most pugnacious, fulminating about “fighting against entrenched corporate interests” almost as much as Obama says “change,” the others have invoked similar phraseology.

Clinton and Obama are not far apart on issues, but in New Hampshire they drew support from noticeably different blocs. Clinton’s margin of victory came from Manchester and Nashua, the state’s two largest cities, old factory towns now experiencing yuppie and Boston edgecity development. (In Manchester, the old mills by the Merrimack River are now filled with finance, real-estate and hightech offices.) Obama won overwhelmingly in the university areas of Durham, Keene, and Hanover-Lebanon-Lyme. Claremont, a small city in the Connecticut River valley battered by factory closings, would have been a logical place for Edwards to succeed, but he got only 17 percent there.

Clinton supporters frequently cite her brains and experience, and many remember the Bill Clinton administration as the only time since 1980 when the country didn’t have a far-right President. “The ’90s were good to me,” says Ralph Gramazio, a 44-year-old waiter who came up from Boston to volunteer on primary day. “I was able to buy a house. There was no war. It was the first time in my adult life when I felt there was a leader in the White House who represented me.”

Although it is not automatic that female voters will support Hillary because she is a woman, that is a significant undercurrent. “All the women were giving me the thumbs-up sign,” says a Clinton volunteer who was doing “visibility,” holding up placards outside the polls.

Obama’s strongest appeal is his claim that he can bring a politics of hope instead of partisan acrimony. That appeal is strongest among the idealistic young, but it also reaches their elders. “I never thought I’d say this, but this guy was better than JFK,” white-haired Tommy Keane declares after Obama’s speech in Lebanon. Lyme novelist Walter Wetherell, 57, perhaps sums it up best: “This talk of hope is a platitude, but people are desperate to hear it.”

Though Obama is now emphasizing that he is not a magical utopian, perhaps the biggest difference between him and Edwards is their view of the venerable Frederick Douglass dictum: “Power concedes nothing without a struggle.”

“He’s really committed to fighting for the working class. He seems to be speaking from the heart, for the American people instead of corporations,” says Edwards backer Tim Josephson, a 29-year-old restaurant manager from Hanover.

What voters want, however — and what they believe the candidates are promising — is often more than what the candidates actually plan to deliver. “I just got kicked off my parents’ health plan. Hopefully, I’ll get a job with health insurance,” says Chris Sloan of Washington, D.C., a recent college graduate who’s supporting Clinton because of her healthcare proposals. But you’d still have to pay for insurance under her plan, he is told. “It’s better than nothing,” he replies.

Edwards supporters offer similar rationales. The Edwards healthcare plan isn’t exactly the same as the Canadian system, says Juanita Paynter, a 47-year-old office worker from Lebanon, but, “it’s a good one. I think he’s making promises he’ll keep.” “If there’s a way for people to afford it, at least there’s a minimum,” says Jose Vargas, 50, an environmental consultant from West Lebanon. “A lot of Americans are afraid of socialized medicine.”

Edwards defends his plan by saying it’s politically achievable and could evolve into a single-payer system if enough people choose public coverage over private plans. “Why not go for single-payer? If he really wants to challenge the big insurance companies, he should come out and say that,” responds Eric Sawyer, 53, a carpenter from upstate New York who’s staying with his in-laws in Nashua. “Don’t say that it’s unachievable, educate the people and lead.”

Opposition to the Iraq war appears near universal among New Hampshire Democrats, but Clinton backers cut the candidate slack on her proposal for gradual withdrawal. “We shouldn’t have gone into Iraq. It was absolutely dumb,” says Don McGee, a Vermont teacher standing with a “Hillary” sign by a thigh-high snowdrift in Claremont, but he believes it will take more than a year for the Iraqis to take over. “Those two in the White House belong in jail,” says Abby Krim, 46, a marketing representative from Concord. She believes a Democratic president will end the war in Iraq, but, “We’ve messed up their country. We can’t just leave it alone.”

For Malcolm Forbes, 73, a retired ex-Marine from Merrimack, the Iraq war —“and paying for the war” — was issues “one, two and three.” He says the United States should be fighting against al-Qaeda in Afghanistan instead, and that the Iraq war would end if Americans had to sacrifice to pay for it. But frustrated by the candidates’ vagueness, he was still undecided the night before the primary.