In February 2002, the Center for Constitutional Rights was the first, and for years the only, law organization to challenge the detention of those being held without legal redress at the U.S. military prison at Guantánamo Bay, Cuba. At the time, no one was willing to stand up for the rights of purported “terrorists.” In 2004, however, the Center’s habeas corpus petitions on behalf of Guantánamo detainees, reached the U.S. Supreme Court. In a shocking victory, the court ruled that detainees had the right under existing federal statutes to challenge their detention in court. To thwart the ruling, Congress passed the Detainee Treatment Act in 2005 and the Military Commissions Act of 2006, stripping detainees of their rights.

In a few months, the Supreme Court will decide in the cases of Al Odah v. United States and Boumediene v. Bush, if detainees have a constitutional right to habeas corpus, the fundamental right of those being held to challenge their detention before a court of law. The decision promises to have sweeping implications for civil liberties and the reach of executive power.

Taking a break from preparing opening arguments for the recent Supreme Court case, Center of Constitutional Rights President Michael Ratner spoke to The Indypendent about living on the political edge of civil rights litigation. Q. The cases of Al Odah v. United States and Boumediene v. Bush were brought by the Center for Constitutional Rights (CCR) and are the first to directly challenge the constitutionality of the Military Commissions Act of 2006.

Why are they so important? When we took the case, [Guantánamo prisoners] were considered the “worst of the worst” by Donald Rumsfeld. These people were advertised as people who wanted to bomb the United States and who were involved in 9/11. We discussed this case carefully at the Center and decided that these cases were about the fundamental right for people to go into a court and ask the government why they are being detained. We have always considered executive detention to be the dividing line between being in a police state. Without habeas corpus, people can be disappeared. People at Guantánamo are held without habeas remedy. [The question is], does the Constitution protect the right of non-civilians at Guantánamo to habeas corpus? 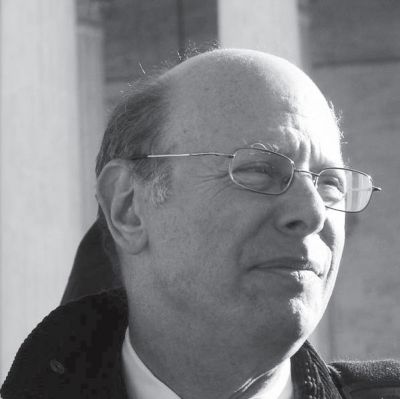 Q. It has been more than six years since 9/11. From the viewpoint of a human rights attorney, how did this event change the priorities of CCR? What are some of the legal challenges you worked on post-9/11?

We had to take up an entire gamut of cases post-9/11. We have 10 people doing Guantánamo-related work, who have high-level security clearances. One of the people they are working with is one of the 14 “ghost detainees.” We have taken on the so-called “war on terror.” We started litigating cases regarding the round-ups [which began the day after September 11, 2001], saying that you cannot detain “non-citizens.” You cannot keep them in prison if they did nothing wrong. The second area of litigation was around the first case of extraordinary rendition involving a Canadian citizen [Maher Arar], who was sent through JFK airport to Syria to be tortured. He has been found not guilty and received substantial cash compensation [from the Canadian government]. We have been involved in cases regarding the roundups, warrantless wiretapping and torture. We are firmly against the war in Iraq, and [opposed] the war against Iraq three months before it started. It is a made-up war, an illegal war. We are anxious to [litigate] the Blackwater case because it will deal with the war. The war is hard to get at legally.

Q. Tell us about the Blackwater case?

This case is another example of how the Center is really looking at a situation and then taking really aggressive legal action. Our involvement in this goes back longer than Blackwater, when we took up cases against [U.S. private military contractors] Titan Corp. and CACI International Inc. for abuses in Abu Ghraib. We took up cases against the torture situation against detainees at Abu Ghraib and in Afghanistan. But it is very hard to litigate these cases in the United States due to immunity issues. The administration is not going to do anything and Congress appears dead on these issues.

We did the [war crimes] cases against Rumsfeld about Guantánamo; but we lost. We decided in addition to going directly against Rumsfeld, to go against the private contractors involved because they would not get the same immunity. We received the court decision against CACI. It was sort of a precedent against private contractors. With another lawyer, Susan Burke, we set up a place where we could get hold of people who where tortured at Abu Ghraib. And as a result, when the Blackwater issue happened, we were already on the ground in Baghdad to take action.

This case is fundamental to what is going on in the country, and the world, where things are being privatized, from toll roads in Indiana to issues discussed in Naomi Klein’s book, The Shock Doctrine. This is a way to get at what I consider a negative change towards privatization. This case is extremely exciting to me. Private armies running around the world is medieval, the same as torture, waterboarding and Guantánamo.

Q. CCR is often described as ‘ahead of the curve’ in both identifying a problem and in suggesting novel or radical legal responses which, over time, become accepted and respected precedents and theories. Talk about this.

The Guantánamo and post-September 11 cases are the best recent examples. CCR took on representing the first person in Guantánamo in 2002, not another human rights organization was willing to take it on. For this, we received a large amount of hate mail. We would talk about it in the office, about the risks we were willing to take by going along with representing the “worst of the worst.” These set of risks included our credibility in the community, to our funding, and personal risks. We couldn’t get some of the most progressive lawyers to work with us in Washington. We went with the case in the face of both charges it would set a bad precedence and that it was unpopular. We are not concerned with the argument that the case would set a precedent or make bad laws, but rather interested in representing clients and changing the social landscape.

Michael Ratner is a CCR attorney and author and the 2007 recipient of the Puffin/Nation Prize for Creative Citizenship for his lifelong work defending civil liberties.