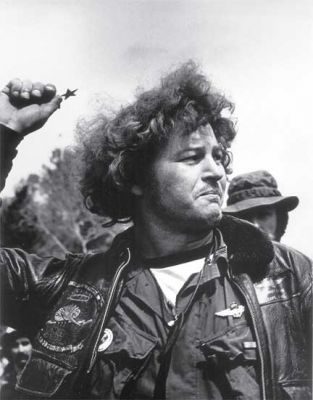 A scene from Winter Soldier, the 1971 documentary about Vietnam Veterans who testified about atrocities they saw or committed.

During the fifth anniversary of the Iraq invasion in March, there will not be hundreds of thousands of people mobilizing in the streets of Washington, D.C., for another afternoon protest. That’s because Iraq Veterans Against the War (IVAW) has asked antiwar groups not to stage a D.C. mass demonstration from March 13-16.

Instead, the IVAW hopes that antiwar activists and the media will help amplify the voices of veterans and active-duty soldiers, who will testify during those four days about the atrocities they committed or witnessed while serving in the Iraq and Afghanistan wars.

During the series of panels, multimedia presentations and testimony, more than 45 current and former soldiers plan to describe the indiscriminate killing and injuring of civilians in Iraq and Afghanistan, the use of chemical weapons, the torture and killing of detainees, rape — within the military itself and against Iraqi civilians — the denial of medical care to the injured and the mutilation of the dead, and other war crimes. Iraqi and Afghani civilians, as well as reporters not embedded with the military, are scheduled to verify many of the stories that will be described by the soldiers.

“When other vets are willing to discuss some of the negative things, it shows people that it is not just an isolated event,” said Michael Harmon, a U.S. Army veteran who served in Iraq from 2003 to 2004. Harmon pointed to the standard operating procedure of shooting any Iraqi civilian carrying a shovel at night, “because they might have been planting IEDs” and the impunity afforded to soldiers who killed civilians as examples of policies that lead to atrocities.

Harmon remembers watching U.S. soldiers shoot a 2-year-old girl in the leg. “An IED went off and soldiers starting spraying bullets in all directions. The little girl was caught in the crossfire while driving in her family car.”

Harmon, who has coped with substance abuse issues since leaving the military in 2005, was one of the first members of IVAW to be interviewed for the hearings, despite the fact that, “I don’t like to think about the war when I don’t have to. It is just a horrible, misguided debacle.”

While IVAW is taking inspiration and learning from the 1971 Winter Soldier Investigation, they acknowledge that they are dealing with a “a different world, a different war,” said Vasquez. To collect testimony, IVAW initially based their questions on the 1971 questionnaire. However, they soon found that many of the questions needed to be updated; the questionnaire is now more than nine pages long, after starting at only two. They are also taking steps to provide psychological counseling to any soldier who testifies, in the hopes of avoiding the sharp increase in suicides that occurred after the 1971 testimonies.

In addition, in 1971, when Vietnam veterans holed up in a Detroit motel to describe a litany of atrocities they had experienced and carried out during the U.S. war in Southeast Asia, there was a near media blackout. A documentary film was eventually created using the testimony, but “had there not been a documentary, I don’t think we’d even know about the [1971 investigation],” said Vasquez.

In this age of instant communication and prolific independent media, IVAW has put out a call to artists, journalists, filmmakers and other media makers to help spread testimony from the hearings.

While IVAW hopes that the experiences of soldiers will help inform the public and politicians’ ideas about the reality of the war, the group’s strategy is mainly on reaching those who can most directly stop the war: active-duty soldiers and their families.

“Our target audience is GIs,” said Vasquez, who explained that by fomenting resistance within the military and within military families, IVAW is in a unique position to undermine the continuation of U.S. war policies. “We thought long and hard about what are we best positioned to do, we realized that there are very few antiwar organizations that have the ability to do outreach among the GIs.”

IVAW will hold a New York Winter Soldier benefit Feb. 21, 6-9pm at the New York Ethical Culture Society, 2 West 64th Street at Central Park West. $10 suggestion donation, free for all veterans. For more information, or if you are a media maker that wants to get involved, visit ivaw.org or email wintersoldier@ivaw.org.