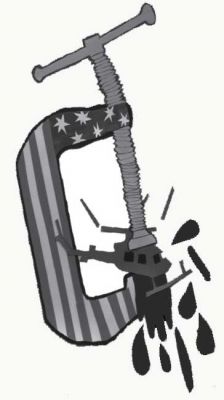 Military recruitment doesn’t just happen at the Times’ Square Recruiting Station, or at community recruiting centers like the one recently targeted by antiwar activists in Berkeley. Sure, those storefronts sit in strip malls decorated with fancy posters offering money and education and hope to attract foot traffic. But any decent recruiter will tell you that their success is in their ability to build relationships and offer a vision for a young person’s future. I should know. That’s how I ended up serving six years in the U.S. Army.

I was one of those 17-year olds who strongly suspected that real life — good life was somewhere outside my small-minded California town. I was the oldest daughter of six kids — saddled with the unwanted role of little mom with grown-up responsibilities. 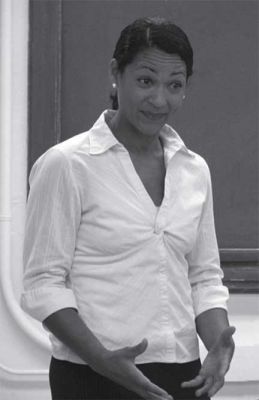 I made breakfast and cleaned toilets as I sadly watched my brother turn to drugs and my parents’ marriage end. My reaction was to join dozens of clubs and activities from debate club to student government to youth ministry — to escape the grinding reality of a fractured, unhappy home in a town where I occasionally was caught alone on a neighborhood street and verbally accosted by a carload of racists. I couldn’t wait to escape and start my life.

I took the military’s Armed Services Vocational Aptitude Battery (ASVAB) career test like most of the seniors in my high school, mostly to get time away from two class periods. My teacher told me the test would help me figure out my future and I admit I was intrigued by the promise of clarity in two short hours. I was irritated by the manual dexterity portion of the test, and halfway in I realized I was being measured for manual labor or clerical professions. I wanted to be a doctor or a marine biologist or the first black woman secretary of state. Truth was, I didn’t know who I wanted to be. But I applied to some really great colleges and I received an admission letter in April of my graduating year. My mother was underwhelmed. That’s nice, she said, but there’s no money for college. I need your help around the house.

The threat to my dreams made me desperate. Well then, I screamed at her, I don’t need you. I can do this by myself.

Everyday on my way to high school, I passed a billboard showcasing four handsome youth — white and black, male and female — each wearing dress green Army uniforms and carrying a stack of books. Their smiling faces said to me, “Look at me, I’m independent and successful and very, very happy!” The billboard encouraged me to Be All I Could Be in exchange for $20,000 toward college costs.

That message remained in my mind during those critical weeks while I searched for a way to pay for school. I’d been awarded a couple thousand dollars in scholarships, only a drop in the tuition bucket. One day, I passed the Army recruiter in the hallway. He called me by name — we’d gotten to know each other over the last three years. He was a constant presence on campus in his dress greens and shiny shoes. He volunteered as ticket taker at the football games, sat with students in the cafeteria, and manned a desk in the career center filled with photos and brochures. Everyone, including me, loved his giveaways like book covers and pens.

He was one of the few adults in my life that had taken time to talk to me about the future. That day, he stopped to chat. I told him about college and my money problems. He put his arm around me and looked into my eyes and said, “I believe in you, Aimee.

You deserve to have the best life. And you can have that life in today’s army.” Within days, we were fighting traffic to the regional recruitment center in Oakland. There, I signed an eight-year contract and quickly chose a profession. There was a rush, the recruiter said, because I wasn’t guaranteed the best jobs if I didn’t decide fast. He suggested the military occupational specialty 91A combat medic — since I was interested in medicine. He assured me that that job would allow me to help people and be a leader.

The second week of June I was standing in formation in boot camp in Fort Jackson, South Carolina, in my battle dress fatigues and helmet. A red-faced southerner — my drill sergeant — stood over me screaming.

I realized then, that perhaps I’d been a bit hasty to think that joining the military was my way to independence and happiness.

No one in my life, not my mother or father, teachers, coaches or minister asked me one question about joining the military in those critical last weeks of high school. No one made clear to me that reservists may be called on to go to war, that women and medics were soldiers first, that the racism I tried to escape was in my face in the military. No one told me that it’s very difficult to get the GI bill and full educational benefits as promised or that most people end up qualifying for financial aid that makes the military’s offers less attractive. No one told me that I would change so much in the years after high school.

And above all, no one told me that they believed in me and my future the way that I needed to hear. That is, no one but my recruiter. I think, in retrospect, that if even one other loving adult or caring classmate had reached out to me during my most confused days, that I would have chosen another path. Or at least I would have waited for my heart to stop racing to see other ways for me to make a great life for myself.

Today, I travel the country to give young people hope in their ability to create wonderful lives where an education, job, travel, leadership and meaning are possible outside of the military. Just last week in Hawaii, a young woman who attends high school in a small former sugar plantation told me of the poverty and desperation of her daily life. The roof leaks onto her bed when it rains; she keeps her food in her top dresser drawer to keep it from the mice. Through her tears, she told me that the recruiter promised an end to that. I looked at this beautiful young woman, so full of longing, and imagined her back from a tour in Iraq damaged and defeated. I put my arm around her shoulder and told her that I believe in her and that she deserves the best life. Let’s get online, I told her. Here are some programs that will help you prepare for it.

Aimee Allison is a former Army medic and co-author of Army of None: Strategies to Counter Military Recruitment, End War, and Build a Better World (Seven Stories Press, 2007). She is host of the KPFA’s Morning Show. www.aimeeallison.org