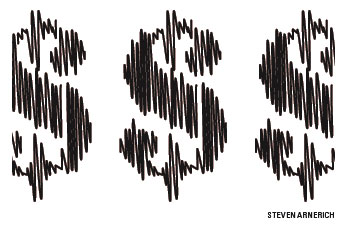 We are presently fighting three simultaneous wars: the global war on terror (GWOT), the war in Afghanistan and the war in Iraq. There are many ways to evaluate U.S. policy and action in these conflicts. One lens is the financial costs.

The U.S. Department of Defense places all spending for Iraq and Afghanistan under the umbrella of the GWOT. This is obviously a political decision and encourages public confusion regarding the relationship between Iraq, 9/11, Afghanistan and other operations. The Iraq occupation receives 75 cents of every GWOT dollar. The war in Afghanistan is also expensive and is longer running and equally unsuccessful. The global war on terror defies categorization and has been embraced by leading political candidates of both parties. All three conflicts are ongoing and expensive.

Through 2007, Congress appropriated $140 billion for Afghanistan and other counter-terror operations. It is estimated that this number will grow to at least $163 billion by the end of 2008.

If Iraq and all GWOT spending is appropriated and spent, it will total $805.1 billion by year-end 2008. This excludes many indirect and long-term costs. These figures exclude at least as much as they include and would have to be doubled to begin to approximate the total long-term direct and indirect costs already incurred. To give some perspective, $800 billion is equal to half the sum required to repair America’s dangerous and dilapidated infrastructure. It is 14 times the 2008 U.S. Department of Education annual budget and more than 18 times the total 2008 spending by the U.S. Department of Housing and Urban Development.

As important as these comparisons are, they do not begin to address the human equation. We are minting new traumatized veterans at a rapid pace but doing very little about their long-term care and welfare. We are asking far too much from our young men and women. In return, we give them very little.

The CR S report estimates that a rapid reduction of troops by the end of 2009 will add $147 billion to total costs. If 40,000 troops remain by 2010, this will still add another $318 billion in costs. It seems we are far from knowing the total direct costs of this conflict under the best of scenarios. The economic effects of spending $805 billion on the GWOT are myriad. From 2002 to 2008 the federal government accumulated $1.6 trillion in budget deficits. Direct war spending is equal to about 50 percent of this deficit. The United States has been borrowing to pay its bills. This is true of households and the government. We have borrowed from many foreign capital sources and sold assets to foreign firms, individuals and state agencies.

The best measure of the total impact of these actions is the Net International Investment Position (NIIP ). The NIIP measures all the assets the United States owns outside its borders and subtracts the total assets that the rest of the world owns here. A negative number means the rest of the world owns more of the United States than vice versa. Our NIIP is currently below negative $2.6 trillion. From 2002 to 2006 the rest of the world acquired $451.6 billion more in U.S. assets than the sum of all foreign purchases by U.S. entities. In short, we are selling future earnings of our workers, future earnings of our firms and future tax receipts to pay our bills. Some of the proceeds of these sales are paying our war costs. All that borrowing means we have to pay off increasingly influential foreign debt holders. They are owed principal and interest and they own enough to influence our economic decisions.

We went to war to assert our strength and power and to cement our position in a vital region with valuable resources. Far from sending a message of invincibility, we have sent a message of fallibility. Our go-it-alone president has made us more dependent on foreign wealth and power and has done so faster than any other modern U.S. leader. Our blood and treasure continue to spill out and be absorbed by the endless, thirsty sands of war in the Middle East.