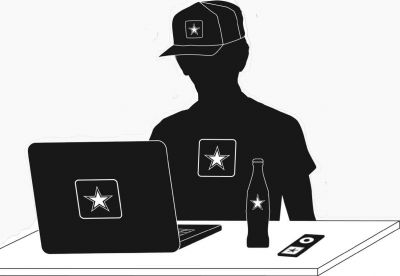 The military has enmeshed itself in American pop culture, infiltrating not only Hollywood, but everything else: from the video-game industry to bigtime sports to the world of online social networking.

In 1961, outgoing President Dwight D. Eisenhower warned the country about the “unwarranted influence” of the “military industrial complex” and the “large arms industry” already firmly entrenched in the United States. Even then, the military industrial complex consisted of more than just the Pentagon and the “arms industry.” Weapons dealers and mega-corporations, such as Lockheed Martin and General Motors, held sway over the corporate side of the military-industrial complex. Today, these companies still play an extremely powerful role, but they are dwarfed by the sheer number of contractors from all imaginable economic sectors that stretch across the globe.

Even a decade after Eisenhower’s farewell speech, there were only 22,000 “prime contractors” doing business with the U.S. Department of Defense. Today, the number of prime contractors tops 47,000, and the number of subcontractors is well over the 100,000 mark. These war-profiteering businesses include the top computer manufacturer, Dell (the 50th largest DOD contractor in 2006 — the last year for which official figures are available), oil giant ExxonMobil (the 30th) and package-shipping titan FedEx (the 26th).

In fact, the Pentagon payroll is a veritable who’s who of the world’s top companies: IBM; Time-Warner; Microsoft; NBC and its parent company, General Electric; Columbia TriStar Films and its parent company, Sony; Sara Lee; Sodexho; Procter & Gamble; Hershey; Nestlé; Walt Disney; and Johnson & Johnson. But the difference between now and then isn’t only scale. As this list suggests, Pentagon spending is reaching into previously neglected areas of U.S. life, such as entertainment and popular consumer brands. This penetration translates into a remarkable variety of forms of interaction with the public.

As a result, the military-industrial complex has been replaced by something larger and more invasive than anything Eisenhower could have imagined: the military-corporate complex or, in shorthand, the Complex — an entity almost akin to the Matrix of the movies.

The Complex is an omnipresent, all-encompassing, cleverly hidden system-of-systems that invades all our lives — a military-industrial- technological-entertainment-academic- scientific-media-intelligence-homeland security-surveillance-national security corporate complex that has truly taken hold of America. It is connected to everything you would expect, from the top arms manufacturers to big oil corporations — as well as numerous government agencies with ties to the DOD and allied entities such as the Central Intelligence Agency and the U.S. Department of Homeland Security. But it is also in league with the nation’s largest food suppliers and beverage companies. It supports the most prestigious universities in the United States and is tied to the leading automakers. It’s also connected to the tech sector, the entertainment industry, the world’s largest media conglomerates and the biggest brand names around. These days, hip, cool and harmless companies, like foreign firms Toyota and Volkswagen and U.S. civilian firms including Google (the company that boasts a “don’t be evil” code of conduct), Starbucks, Apple and Oakley are all involved with the Pentagon.

But the civilian corporate world’s support of the Pentagon and its war-making efforts is only a portion of the story. Eisenhower’s military- industrial complex was olive-drab all the way — with the emphasis on drab. But today, the Complex is slick, extreme and enmeshed in pop culture. And there’s a good reason. By co-opting the civilian “culture of cool,” the military-corporate complex is able to create positive associations with the armed forces, immersing the young in an alluring, militarized world of fun and making interaction with the military second nature. The Complex is now interwoven in every aspect of U.S. popular culture from extreme sports to comic books. Everything from NASCAR racing, Verizon cell phones, MySpace.com, Microsoft’s Xbox, popular TV shows like 24 and CSI: Miami, and even Academy Award-winning actress Gwyneth Paltrow is wrapped up in The Complex.

Today’s military-corporate complex is nothing if not sophisticated. It uses all the tools of the modern corporation — publicity departments, slick advertising campaigns, a strong Internet presence and public relations efforts to build up the armed forces. With an all-volunteer military embroiled in costly and seemingly interminable wars in Afghanistan and Iraq — and the Pentagon admitting that it is actively planning for 100 years of urban warfare to come — the armed forces have had to ramp up advertising, marketing and product-placement efforts to attract ever more reluctant new recruits. At the same time, those not won over to actual military service are called upon — whatever their feelings about specific wars — to serve in other ways.

Nearly everyone contributes to this system through tax dollars, most obviously, but also by working for corporations that fuel the military and are fueled by it. Consumers ensure the economic well-being of these firms through their purchases. This high level of military-civilian interpenetration in a heavily consumer-driven society means that almost every American (aside, perhaps, from a few hardy anarchoprimitivists) is, at least passively, supporting the Complex every time he or she shops for groceries, sends a package, makes a phone call, drives a car, or watches TV.

While it is clandestinely infiltrating the civilian world to better enable its current and future wars, the Pentagon is actively seeking to fundamentally alter the natural world and create nightmare weaponry worthy of dystopian science fiction. To this end, scientists are working hard to make sure that, someday, the Pentagon has an army of remote-controlled rats, sharks and cyborg moths — soldiers who can fight for days without eating or sleeping; “ChemBots” — soft, flexible robots, more like Gumby than R2D2, that will crawl, fly and morph their way into buildings; and even a frisbee that packs a bunker-buster warhead. This taxfunded weapons work, often carried out by researchers at top universities, generally goes unnoticed, with little public comment on the possible implications of such new technologies for Americans, let alone people living outside the United States.

For most Americans, and many other people across the planet, the Complex is a powerful engine that helps to drive our world. It is a vast system of systems, a real Matrix, hidden in plain sight. The Complex thrives on the very obliviousness of the civilian population to its existence in the world it has made so much its own. But if you look closely, it can suddenly come into focus and be seen almost everywhere: on our TVs and in the movies we watch; in the video games we play and the products we buy; in the coffee we drink, the sunglasses we wear and the web sites we visit; and in almost every other facet of our lives.

What’s next? Perhaps one of the many taglines for The Matrix said it all: “The Fight for the Future Begins.”

Nick Turse is the associate editor and research director of Tomdispatch.com. He has written for the Los Angeles Times, the San Francisco Chronicle, Adbusters, The Nation, The Village Voice and Tomdispatch.com. His first book, The Complex, an exploration of the new military-corporate complex in America, will be published this month in Metropolitan Books’ American Empire Project series.