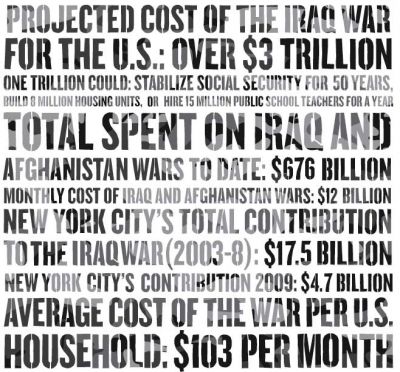 Five years ago this month, the Bush administration launched a “shock-and-awe” bombing campaign on Baghdad. Ground forces raced across Iraq’s southern border, accompanied by legions of embedded journalists. It was supposed to be a short, inexpensive war. It was also great television.

Now picture an alternative scenario, in which the Commander-in-Chief has second thoughts. Instead of launching an attack, Bush orders all U.S. troops assembled in Kuwait to build a $1 trillion Stonehenge-like monument in the desert. A testament to the wealthiest society in the history of the planet, it is made of 44 stacks of tightly packed $100 bills, each stack five feet wide, five feet deep, and 361 feet high.

As the sun goes down, the troops set the piles ablaze, hold hands and sing peace songs around their newly lit campfires. In the morning, they board their ships and go home. It would have been the most expensive marshmallow roast ever. But it would have saved far more money and millions of lives in the long run. 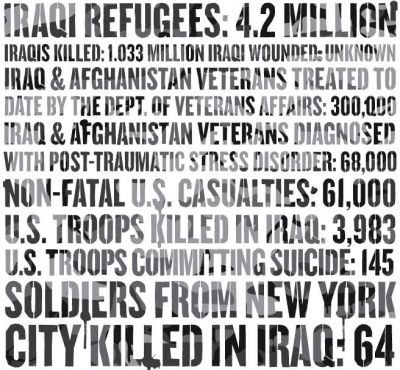