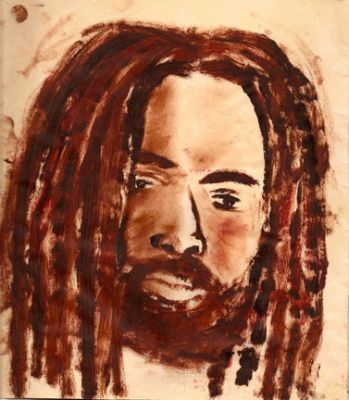 The struggle to free Mumia Abu-Jamal has entered another critical period. On March 28, the federal Third Circuit Court of Appeals brushed aside weighty evidence along with its own precedents to reaffirm Mumia’s 1982 murder conviction of a Philadelphia police officer. This means that Mumia now faces the stark choice of imprisonment for life or death by execution. The decision is likely to be appealed by both sides.

Mumia’s supporters are resolved not to let the fight take place in the courtroom alone. “We have absolutely no faith in the judicial system, but if Mumia does have a court proceeding, we will continue to mobilize to pack the courtroom and the streets,” said Pam Africa of the International Concerned Family and Friends of Mumia Abu-Jamal, in a March 29 statement. “We know that if Mumia gets justice, it will not come from the courts, but only from the pressure generated by the people.” A major national demonstration is scheduled for April 19 in Philadelphia, in the lead up to the April 22 Pennsylvania Democratic primary.

The day after the decision, around 300 people took to the streets in Harlem in an emergency demonstration initiated by the Free Mumia Abu-Jamal Coalition (NYC). Answering the call of the Partisan Defense Committee (PDC), another 130 people picketed the Federal building in downtown Manhattan, listening to a series of speakers including Mumia’s daughter, the rapper Goldii Lokks, and a spokesperson for Mumia’s unjustly imprisoned son, Jamal Hart.

Gene Herson of the PDC said, “Mumia’s freedom will not be won through reliance on the rigged ‘justice’ system or on capitalist politicians, including Hillary Clinton and Barack Obama who both support the death penalty. The power that can turn the tide is the power of millions — working people, anti-racist youth, death penalty abolitionists — united in struggle to demand Mumia’s freedom.”

The message that it will take mobilizations, rather than faith in the justice system, to win Mumia’s freedom is one advanced by Mumia himself in an address to his supporters in 2001. “We are at a crossroad, one dictated by time, by history, by circumstance and even by chance. … Many of you have said that you don’t believe in the system, yet, in your hearts you refuse to let it go.”

It is a message rooted in the in the history of American capitalism, with its legacy of slavery and racism — from Dred Scott to the Scottsboro Boys, Rubin “Hurricane” Carter to Rodney King — but also in the sordid history of Mumia’s case itself.

When Mumia was originally convicted of murdering police officer Daniel Faulkner in 1982, plenty of evidence suggested a frame-up. Additional evidence accumulated since then only makes it more clear. Original witnesses, none of whom had ever claimed to have seen Mumia fire a gun, have either recanted key elements of their testimony or were pressured into testimony by police. Standard ballistics tests were never conducted to determine whether Mumia fired his gun. Mumia’s alleged confession while in the hospital following the incident was only reported 64 days later by a police officer whom, while assigned to guard Mumia that night, reported that “the Negro male made no comments.” Conveniently for the prosecution, the officer was away on official vacation during the trial and the judge refused to grant a postponement. And in 1999 another man, Arnold Beverly, stated in a sworn affidavit that he, not Mumia, killed Faulkner. State and federal courts have refused to even consider Beverly’s confession.

Important evidence that Mumia’s trial was rigged to ensure conviction has also been dismissed in appeal after appeal. A court reporter has testified that she heard the presiding Judge Sabo say, “I’m going to help them fry the n—-r.” Sabo is a retired member of the Fraternal Order of Police, had sentenced twice as many men to death row than any other sitting judge in the country, and had been reversed on appeal in more than a third of his cases. Mumia’s appeals regarding the appearance of bias on the part of Sabo have all been denied.

As for the recent Third Circuit decision, Temple University journalism professor Linn Washington remarked in an interview that, “One of the disturbing aspects of this ruling is that it continues the pattern and practice of changing the law to deny Mumia Abu-Jamal justice.” On three separate issues — prosecutorial racism in the 1982 jury selection process, the prosecutor’s improper comments to the jury at the trial’s end and Sabo’s pro-prosecution bias — the Third Circuit ignored previously established thresholds for reconsidering convictions. The pattern was well enough established in 2001 that Amnesty International declared, “This contradictory series of precedents leaves the disturbing impression that the Court invented a new standard of procedure to apply it to one case only: that of Mumia Abu-Jamal.”

What explains the court’s intransigence in ensuring that Mumia Abu-Jamal, a former Black Panther known in Philadelphia as the “voice of the voiceless,” remain locked up? According to PDC counsel Rachel Wolkenstein, a member of Mumia’s legal defense team from 1995-1999, “The real reason Mumia was convicted and sentenced to death was his lifelong commitment to the fight for black freedom from the age of 14. The racist rulers see in Mumia the spectre of black revolt.” Washington, who has followed Mumia’s case for years, argues that since Mumia’s conviction, “with people around the city, around the nation, around the world rallying to his cause, it has become a major embarrassment to the city of Philadelphia, the state of Pennsylvania, and the United States. So there is an institutional interest in denying him justice because if you give him justice it exposes so many wrongs by so many people.”

Indeed, the current governor of Pennsylvania, Democrat Ed Rendell, was Philadelphia’s District Attorney in 1982. And it was the nation’s first Secretary of Homeland Security, Tom Ridge, who as governor of Pennsylvania in 1995 signed Mumia’s death warrant. It took an international wave of support —encompassing civil liberties groups, trade unions and prominent figures such as South Africa’s Nelson Mandela — to help preserve Mumia’s life at the time.

Now, Mumia’s case may reach a similar level of urgency in the coming months. The April 19 mobilization in Philadelphia will likely define the trajectory of the next turn in Mumia’s long fight. In the words of Gwendolyn Debrow, co-coordinator of the Free Mumia Abu-Jamal Coalition (NYC), “We gotta take it to the streets … Philadelphia has to know this legal lynching is not going to go down, not in this time, not in 2008. The courts have a say so, but so do we.”

For more information on Mumia Abu-Jamal’s case and the April 19 demonstration, see: