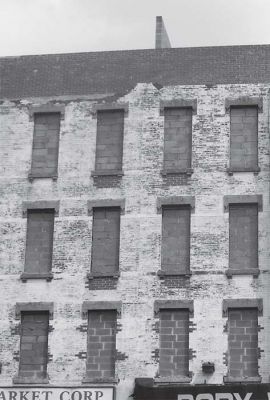 Twenty four thousand — that’s how many potential apartments Picture the Homeless found last year when it canvassed all the empty buildings and lots in Manhattan.

Now, Picture the Homeless, a grassroots advocacy group led by homeless and formerly homeless people, is heading a citywide coalition that is campaigning to secure legislation that would ban the practice of landlords’ emptying otherwise usable buildings for future financial advantage.

The legislation, introduced on Jan. 19 on the steps of City Hall, was drafted in tandem with City Council member Tony Avella, a Queens Democrat who is running for Mayor in 2009.

“We’re talking about apartments where the landlord is keeping it vacant because they want to demolish the building … or they’re trying to get out of rent stabilization laws. … There are a number of reasons why landlords would [warehouse buildings], but its all based on greed,” said Avella.

Besides Picture the Homeless, the coalition includes Met Council on Housing, HOPE Community Inc, Make the Road New York, the Greater New York Labor-Religion Coalition, the National Law Center on Homelessness and Poverty, and a host of other groups concerned with the lack of affordable housing in New York City.

The proposed legislation calls for the creation of a citywide vacant property count, the expansion of the definition of “nuisance” buildings to include unoccupied buildings, giving the Department of Housing Preservation and Development the power to fine landlords who warehouse buildings, and amending rent stabilization laws to ensure that formerly rent-stabilized buildings maintain that status when they go back on the market after being warehoused. The legislation would also require that 50 percent of the units in formerly vacant properties be set aside for homeless people.

Rob Robinson, an organizer for Picture the Homeless, sees the warehousing of properties as a big factor in the gentrification of low-income communities. Robinson said that the mindset of landlords is that if they keep the building empty, “[the landlord] could put it up for market rate…and the fabric of the community is going to change because [the landlord] forces out people who have lived there for 40 or 50 years [and those people] get displaced.”

Scott Stringer, who helped Picture the Homeless conduct the vacant property count, doesn’t support Avella’s plan. Instead,
he has called for a combination of city and state measures “that would remove an existing special tax treatment for many vacant residential sites and would require owners of vacant residential sites and buildings to annually register and pay a fee for holding their properties off the market,” according to a Stringer spokesperson.

But critics say that Stringer’s plan does not go far enough.

While Stringer would also require the city to conduct a vacant property count his plan “does not have the strength of [Picture the Homeless and Councilmember Avella’s legislation] … his does nothing to create housing for anybody,” said Robinson.

Robinson and Picture the Homeless are hopeful about getting their legislation passed but expect the real estate industry to fight it every step of the way.