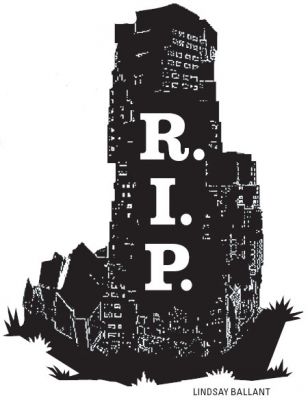 Bruce Ratner’s $4 billion, 22-acre, 16-skyscraper Atlantic Yards proposal is in jeopardy due to a perfect storm: turmoil in the credit markets, the demise of the real estate boom, the astronomical increases in construction material costs, a lack of available tax-free housing subsidies, relentless community opposition and vigorous state and federal litigation.

Ratner’s dream of carrying out the largest development plan by a single developer in New York City’s history is on the precipice of failure. Despite this, the Empire State Development Corporation lets Ratner continue his scorched-earth demolition tactics. They continue the charade that the project that had been approved can still be built. It can’t.

But failure is a likely outcome when a developer proposes to demolish and remake a whole neighborhood, abuse eminent domain and subvert democratic processes, all with the support of $2 billion in direct and indirect taxpayer subsidies. And now the developer says he would “need more” subsidies.

In March, Ratner told the New York Times that he can’t find an anchor tenant for the project’s signature commercial tower (Frank Gehry’s ludicrously named “Miss Brooklyn,” which was renamed, simply, “Building One” upon the release of new, and poorly received, architectural renderings May 5). The developer said that he won’t build that 511-foot tower unless he finds a tenant; that there is no timeline whatsoever to build Phase 2 of the project, which would encompass 80 percent of the so-called “affordable” housing used to pry support from politicians and ACORN; that the credit crunch is affecting his ability to finance the project; that lawsuits are delaying his project, and that his arena, once the most expensive ever at $437 million, now has a price tag of $950 million, which the public would pay for through a convoluted scheme involving tax-free bonds that Ratner can pay off with the money he’d save from property tax breaks he’d get on the project.

Promises of “affordable housing” (87 percent of all of the housing units would be for families earning more than Brooklyn’s median income), used to gain support for the project, now look likely to go by the wayside in a classic bait-and-switch.

One big problem plaguing his project, which he failed to mention, is that he doesn’t own all of the land he needs to build it — not the arena and not the skyscraper super- blocks. That land is in the hands of private owners and tenants who, last month, filed a petition asking the U.S. Supreme Court to hear their claims challenging New York State’s use of eminent domain for what they allege is an illegal private, rather than public, use.

Ratner has changed the timelines for his project so often that his op-ed in the May 4 Daily News stating it would be built by 2018 is just not believable. Originally the project was supposed to take ten years and be completed by 2016, but that was contradicted years ago when his parent company’s president, Chuck Ratner, told investors that the project would take 15 to 20 years.

This is certain: while Atlantic Yards may not be dead, it will never be built as proposed. It could very likely fall apart completely, as long as the organized community opposition sustains its fight and pressure on politicians.

But Ratner won’t go away easily. Develop Don’t Destroy Brooklyn and our allies and supporters will continue to organize the broad community to pressure Governor David Paterson and other officials to recognize what a blunder Atlantic Yards is, wrest control of the railyards from Ratner and go back to the drawing board. We will continue to vigorously litigate the project, including the eminent domain lawsuit and an appeal on the lawsuit brought by DDDB and 25 other community groups that challenges the environmental review and project approval. That appeal will be filed in July and argued in September. We are also considering new litigation.

We believe that we can move beyond the Atlantic Yards scam, and start developing the railyards in Prospect Heights, through a community-based, democratic planning process, rather than an attempted fraud on the public.