This year’s Media That Matters Film Festival was a world’s fair for filmmakers. In an hour and a half, 12 short films brought the world inside a sold-out theater at IFC on Wednesday, May 28 and again on May 30. 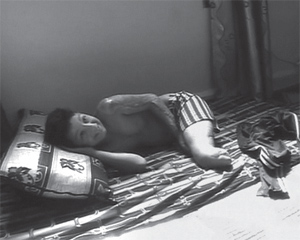 In Hammoudi, we meet 12-year-old Mohammad, who lost both his legs during the Israeli-Lebanese War of August 2006. Mohammad and his father were driving in Southern Lebanon when their car rolled over a cluster bomb. Mohammad embodies resilience and wisdom, expressing the value of friendship in his life, and his will to keep moving, however painful. Hamedah Hasan of Perversion of Justice is similarly resilient. Hamedah is a wellspoken mother of three who, with no previous criminal record, was convicted for wiring marijuana money to a cousin who supported her financially. She was sentenced to life in prison in Southern California, and the film follows her many attempts to appeal.

We stop in New York City for Countdown, a spoken-word piece performed on a city rooftop recounting 9/11 and life after. Sofia Snow, a student at the time, retells her experience in chilling, quantitative terms: “three times, every two minutes, they played one moment.” In America for Dummies, 17-year-old Niaz Mosharraf shares his life as a Bengali immigrant in New York City among American youths who consider him a paradoxical “Hindu-Arab.” In a variety of interviews, Mosharraf confronts his peers, only to find that an interest in parties and Paris Hilton replaces knowledge of history and politics. 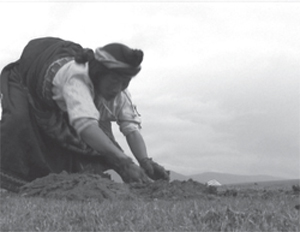 Set in the grassy hills of Tibet, A Nomad’s Life immerses the audience in the romance of the nomadic couple Yama and Locho. Together they herd yaks for their milk, cheese and meat. While they often go to town to sell yak fur or visit the doctor, the couple claim they would never give up their way of life. Contrasting bitterly, Something’s Moving reveals the abusive practices at U.S. boarding schools that Lakota Indians were sent to until the 1970s. Middle-aged Lakota Indians tell us of the abuse they endured from school nuns, including having their mouths washed with soap for speaking Lakota, and being too scared to tell their parents about the schools’ harsh discipline. Some former students are alcoholics; others have trouble simply hugging their children.

This festival, now in its eighth year, is unlike most in its insistence on community screenings throughout the world. The stories are humane, emotionally rich and often humorous despite the heavy subject matter.

For more information, and to view the films, visit mediathatmattersfest.org.