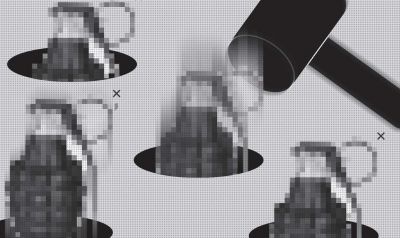 Thwarted in an attempt to pass the Violent Radicalization and Homegrown Terrorism Prevention Act of 2007, which critics say could redefine some First Amendment and traditional protest activities as terrorism, members of Congress are pushing forward with measures such as censoring the Internet to combat what they claim is a grave threat of “homegrown terrorism” by Islamic extremists.

On May 19, Sen. Joseph Lieberman (I-Conn.) released a letter that he sent to Google, which stated, “Islamist terrorist organizations use YouTube to disseminate their propaganda, enlist followers, and provide weapons training.” Chair of the Senate Committee on Homeland Security and Governmental Affairs, Lieberman demanded that Google remove YouTube videos produced by “terrorist organizations” such as Al-Qaeda.

Google responded May 19 by removing 80 videos that the company agreed violated YouTube’s guidelines against depicting gratuitous violence, advocating violence or using hate speech. Google refused to meet all of Lieberman’s demands, however, which included censoring all videos produced by groups, regardless of content, listed by the U.S. State Department as “Foreign Terrorist Organizations,” such as Al-Qaeda.

“Senator Lieberman stated his belief … that all videos mentioning or featuring these groups should be removed from YouTube — even legal nonviolent or non-hate speech videos,” Google said in a May 19 press release. “YouTube encourages free speech and defends everyone’s right to express unpopular points of view. ”

Jeff Chester, executive director of Center for Digital Democracy, applauded Google’s response to addressing each video on a case-by-case basis.

“Lieberman is clearly unaware of the democracy issues intrinsically involved in digital media,” Chester said. “He is causing a coattail of digital censorship to further his own political perspectives. We should see YouTube and other outlets as key public platforms offering an array of viewpoints. These are important debates but Lieberman’s approach would be not tolerated.”

Isabel MacDonald, communications director for the media watchdog group Fairness and Accuracy in Reporting (FAIR), added, “Lieberman’s demand was very disturbing from the standpoint of press freedoms because it represented a call for censorship by a member of the government.”

Lieberman’s actions are counter to the advice given by Lt. Col. Joseph H. Felter, U.S. Army director of the Combating Terrorism Center at the U.S. Military Academy who testified at the Senate hearing, “The Internet: a Portal to Violent Islamist Extremism,” May 3, 2007.

“Attempts to shut down websites have proven as fruitless as a game of whack-a-mole,” Felter said.

THE BATTLE AGAINST ‘HOMGROWN TERRORISM’

Lieberman’s demand for censorship follows a May 8 Senate Committee report titled, “Violent Islamist Extremism, the Internet, and the Homegrown Terrorist Threat.” The first in a planned series, the report was issued by the Senate Committee on Homeland Security and Governmental Affairs, but carried the names of only Lieberman and ranking minority member Sen. Susan Collins (R-Maine). It warned “the threat of homegrown terrorism is on the rise, aided by the Internet’s capacity to spread the core recruitment and training message of violent Islamist terrorist groups,” a press release from Lieberman’s office stated.

In response to the report, more than 30 civil liberties and religious freedom organizations signed on to a letter addressed to the committee raising concerns that the government’s approach could curb First Amendment freedoms, portray the Internet as a “weapon” and unjustly target Muslims. “We believe that efforts to prevent people in the United States from turning to terrorism can only succeed if we protect the free speech, religious and associational rights of those against whom these efforts are directed,” the letter stated.

Another coalition representing American Muslim and Arab communities also submitted a letter to the Senate Committee May 14 in response to the report and the Senate hearings charging that they have been largely left out of the political process and that the report relies on a discredited 2007 New York Police Department report that attempts to explain the process of “violent radicalization” of Muslim individuals.

“The report is terrible,” added Chip Berlet, senior analyst with Political Research Associates. “It is so unprofessional and ignorant of modern social science, social movements and the process of radicalization.”

The Violent Radicalization and Homegrown Terrorism Prevention Act of 2007 (HR 1955) was passed the House in a 404-6 vote Oct. 23, 2007, through the “suspension of the rules,” a provision that is usually used to facilitate in quickly passing non-controversial bills. The act would establish a “National Commission on the prevention of violent radicalization and ideologically based violence” and a university-based “Center for Excellence” to “examine and report upon the facts and causes of violent radicalization, homegrown terrorism and ideologically based violence in the United States” in order to develop policies for “prevention, disruption and mitigation.”

Many observers fear the proposed law will be used against legal but unpopular political activism, ranging from political Islamists to animal-rights and environmental campaigners to radical right-wing organizations.

Late last year, reports and commentary about the bill in the independent media (including The Indypendent) generated an outcry from peace, civil liberties and libertarian groups and Muslim and Arab organizations.

“Unfortunately, the corporate media has failed to adequately cover the nuts and bolts of how this legislation will work, ” said FAIR’s MacDonald, “and has failed to raise questions about the impact on civil liberties.”

Activists have been lobbying and protesting against the sister bill (S 1959), which has been bottled up in Lieberman’s committee for the last six months.

“The reaction we got [from our members] was immense,” said Nancy Talanian, director of the Bill of Rights Defense Committee. “The reaction began when the bill passed the House. People were outraged.”

“The Senator [Lieberman] believes the bill is inadequately drafted and it trying to determine if there is a way to improve upon it,” wrote Lieberman’s chief committee spokeswoman Leslie Phillips in an email to The Indypendent) May 28. “I do not expect immediate action on the bill.” She also noted that Lieberman’s May 8 report is “unrelated” to S 1959.

“In the Senate, there was an attempt to push the bill forward, but it was met with resistance from the civil liberties community,” Berlet said.

The ACLU and other groups are concerned that Lieberman’s recent report signals that the issue will be pushed through other avenues. “Instead of moving the bill forward, [the committee leadership] is starting to write their own reports, said ACLU’s Mike German. “The idea is moving forward even though the commission [outlined in S 1959] is off the table for now.”

Political Research Associate’s Berlet says that he believes Lieberman’s intention is to push the presidential candidates towards the conservative right on foreign policy issues. Lieberman publicly supports Republican candidate Senator John McCain (R-Ariz.). “What you have here is very bad report issued at a time when it is suspect as a political dirty trick aimed at pushing American foreign policy towards a more aggressive stance in the Middle East,” he said.

An abridged version of this article appeared in The Indypendent June 6, 2008.