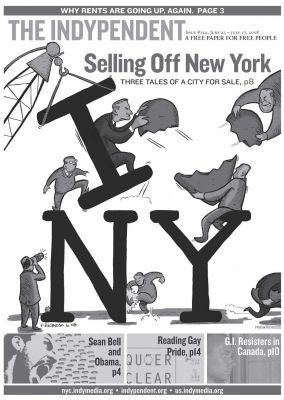 The article leaves out a few of the biggest reasons Pacifica Radio is losing money. The first is that WBAI in New York has been bleeding money and losing subscribers for years because of a ballooning paid staff and programming that drives away former listeners while not attracting new supporters. The second is that Pacifica has a highly paid host in-house at the Washington station who produces national news that many affiliate stations do not carry. Cut the pork Pacifica, save Free Speech Radio News, the real alternative news from frontline reporters. —CURT IN BERKELEY