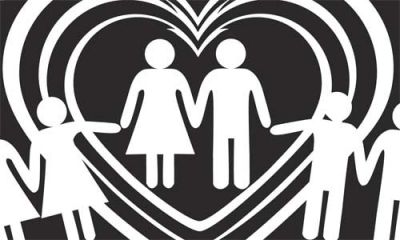 Joshua Ligan was 12 years old when the questions started. Relatives wondered if the boy was too effeminate. Family friends speculated about his lack of interest in girls. Soon both groups were warning his parents about allowing Joshua to fall in with “the wrong crowd.”

His conservative Christian-Filipino parents finally asked their son: Are you gay?

“I was raised to be honest — I admitted it,” said Ligan, now a 24-year-old theology student from Silicon Valley, Calif. “It wasn’t pretty. My parents were extremely distressed.”

Ligan’s family contacted a local Christian ministry and he began weekly counseling sessions that would begin with gender role discussions, and end with “deliverance,” which Ligan calls a “fundamentalist Christian form of exorcism.”

“I felt as if I was being suffocated,” he said. “They wouldn’t leave you alone until you renounce the spirit of homosexuality. It feels like you are renouncing yourself; it’s like losing your identity or losing your name.”

Over the past 30 years, activists have built a constellation of groups known collectively as the “ex-gay movement.” Countless different organizations exist in the United States — cutting across the Christian and Jewish faiths — which promote “alternatives” to homosexuality and run programs that claim success in cleansing the mind of homosexual urges. The largest program, Exodus International, has claimed a 71 percent increase in member agencies over the past five years.

This month, People Can Change (PCC), an ex-gay organization based in Virginia, released a survey of 200 men who had completed their program, ranging from six months out to five years.

Wyler said they had no specific definitions for “significant” or “moderate” change, but that he was optimistic about the results. “That’s 79 percent saying they feel less frequency of homosexual feelings. Now, obviously they don’t experience change based on one weekend, but what the weekend does is open them up to new ways of living life.”

A weekend run by PCC involves 48 hours of lectures, prayer, male-bonding sessions and reparative counseling and costs $650. “We also get them to look at experiences that may have led them to feel homosexual feelings,” Wyler said. “More than a half had histories of being sexually abused.” 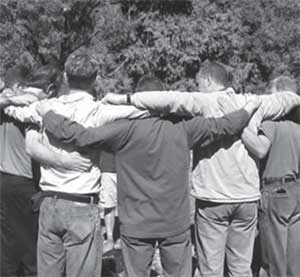 PCC says it is not a religious organization, although Wyler is a Mormon. “What motivates us is our personal values,” he said.

Other organizations have overt religious agendas, including Exodus. Its program literature claims that homosexuality is “a multi-causal, developmental disorder that can be overcome with the help of professional counselors and that an individual can experience transformation through the healing power of Jesus Christ.” To help in this purpose, Exodus runs group workshops and offers one-on-one counseling and other pastoral care.

Randy Thomas, 39, is the executive vice president of Exodus and an ex-gay himself. “I became a Christian at 24, but I didn’t come to Christ to not be gay,” he said. “It was only after a few months, I realized I didn’t have to be gay, so I decided to live according to my faith. That was 16 years ago.”

In the ex-gay movement there is a spectrum of what is considered success. On one end are those who purport a full conversion to heterosexuality. On the other end are those plagued by guilt, unable to cleanse themselves of their urges. Thomas stands somewhere in the middle. “I have not experienced a full orientation shift,” Thomas said. “But I went from 100 percent exclusively homosexual, to where I would feel okay being a husband and having a wife.”

Does he get tempted? “Very rarely,” he said. “Not like it was at the start of the journey. Today I have some temptations here or there, but I have no romantic desires to pursue relationships.” In fact, last year he split up with his girlfriend of a year, a fellow ex-gay. “We broke up because, though we loved each other, we weren’t meant to be husband and wife,” he said. “She was particularly ex-gay,” he added.

Throughout their courtship, there were no sexual relations. “Sex outside of marriage is not a good thing,” Thomas said. However, he added, chuckling, “There was definitely chemistry.”

Thomas reports a growth in international support for Exodus. “We’ve seen more interest coming out of the Middle East as well as Asia,” he said. “And there’s been a spike in interest from the Western Church.”

As the movement has become more vocal, opposition groups have been formed by gay men and women who say they are repulsed by “ex-gay” therapies. They call themselves the “ex-ex-gay movement.”

“Faith fanatics are not seeking to ‘cure’ lesbians and gays out of the goodness of their heart,” said Peter Tatchell, co-founder of OUTrage, a British gay rights group. “They regard same-sex relationships as immoral and sinful. Their homophobia is not far removed from that of neo-Nazi groups. Their aim is the eradication of homosexuality.”

“A person’s sexuality cannot be changed like changing a hairstyle or a pair of jeans,” Tatchell continued. “Scientific evidence shows that sexual orientation is mostly determined by an individual’s genes.” 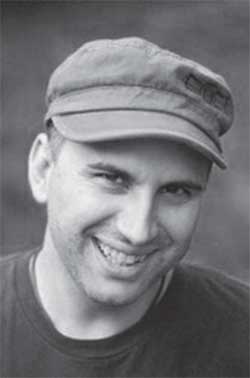 PHOTO: Peterson Toscano, co-founder of Beyond Ex-Gay, an organization dedicated to fighting back against the ex-gay movement.

A JOURNEY BACK TO ONE’S SELF

Peterson Toscano, 43, of Irvine, Calif., co-founded “Beyond Ex-Gay,” the leading ex-ex-gay organization, and is now dedicating his life to his cause. Toscano tried to be an ex-gay for nearly two decades, spending $30,000 on counseling and traveling across three continents looking to escape his impulses, only to grow suicidal and alienated from his family and work.

Toscano is still a devout Christian but no longer feels his sexuality contradicts his belief in God. “I’m a Quaker,” he explained. “I see that scriptures against gay people have been mishandled and not used correctly. I don’t see any conflict with being gay and Christian.”

But he is worried another generation will fall prey to the ex-gay promise.

Sean, 24, from Chicago, (who asked to be identified only by his first name) now lives in Buenos Aires as an openly gay man, but when he came out to his parents at 21, he plunged into depression and contemplated suicide.

“My parents instantly bought every book they could find, and everything they read said it was their fault,” Sean said. “My dad started to think he was an absent father, my mom thought she was overbearing. Neither is true. They are very loving.”

Sean agreed to attend the annual five-day Exodus Conference after his parents threatened to cut him off financially.

“It was extremely intense,” he said. “You have five long days planned out for you. I went to youth seminars. My dad went to ones for parents. Then you have gender identity sessions where guys play ultimate Frisbee and girls do girly things.”

Not everything went according to the Exodus plan, however.

“Me and this guy had a connection,” he said. “We made eye contact. We went into a room with three other guys to have a kind of slumber party, hands touching under blankets. After that we had to go to bed. I was bunking with dad. I told him one of my friends was having a hard time. My dad thought it was a great thing my helping this guy, and meanwhile, I fooled around.”

Thomas of Exodus admitted to cases of homosexual activity at the conference even though it is punishable by exclusion from the conference.

“The funny thing is,” Sean said, “afterwards I said to another guy how surprised I was that I had heard so little about people hooking up. He said, ‘Are you serious?’ Apparently a lot of people do it.”