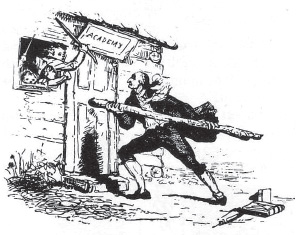 Journalism in America today is a primitive craft. Corrupted by monopoly ownership, it is uninformative and belligerent. It manipulates the truth on behalf of political power, social control, money-making and military enterprises.

It is tedious, and useless, to criticize the media. They do not respond to criticism. The American newspaper, for example, has been freely criticized. One of the earliest critics of the newspaper press was the novelist James Fenimore Cooper. Cooper filed 16 libel suits against newspapers between 1837 and 1845. He claimed, “The entire nation breathes an atmosphere of falsehoods … [The press] as a whole owes its existence to the schemes of interested political adventurers.”

Later critics have been numerous — Upton Sinclair, Silas Bent, George Seldes, A. J. Liebling, James Aronson. Standards declined still further. In the past decade, the language of journalism has approached that of advertising — loud, hyperbolic and standardized.

Two remedies are available. One is to recognize that since the early days of the republic, the truth about America has been recorded in the works of its great writers, such as Nathaniel Hawthorne and Herman Melville, Stephen Crane and Theodore Dreiser, John Dos Passos and F. Scott Fitzgerald, James T. Farrell and James Baldwin. In our deaf-dumb-and-blind era, these authors speak to the remnants of humanity and selfhood within us.The second remedy resides in the future, in the possibility of the renewal of the idea and ideal of a free press, in discarding all the elements of traditional, conventional journalism and creating a new New Journalism.

(The New Journalism is the expression of a certain moment in American journalism and history. It utilizes new techniques to cover new subjects. The first New Journalism was the penny press of the 1830s, which created the popular press. Joseph Pulitzer formulated the second New Journalism around 1886, in the New York World. Pulitzer combined aggressive news reporting with stunts, crusades and a liberal social viewpoint. The third New Journalism appeared in 1902. And for a decade, the muckrakers disturbed America with exposes of power abuses, monopoly, political corruption, child labor. The fourth New Journalism hit the streets in the 1960s with the black, student, women’s and anti-Vietnam War movements.) 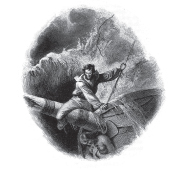 To examine the connection between literature, events and history, I would like to refer first to Nathaniel Hawthorne, who was born in Salem, Mass., the descendant of a prominent Puritan family. He was preoccupied with the effects of Puritanism in New England, a Puritanism that was at the roots of the culture he knew.

Hawthorne’s great-grandfather had been a judge of the Salem witchcraft trials in 1692; 19 persons were hanged, one was pressed to death, 55 were frightened or tortured into confessing their guilt, and 150 were imprisoned. Hawthorne wrote of his great-grandfather in The House of Seven Gables and of Puritanism in other short stories and in the novel The Scarlet Letter.

D. H. Lawrence writes of The Scarlet Letter in Studies of Classic American Literature, “You must look through the surface of American art, and see the inner diabolism of the symbolic meaning….”

The demonic split in the American psyche was to become explicit once more after World War II in the McCarthy era, continue in the 1960s with the Vietnam War, covert actions and assassinations, and maintain itself today in the Iraq and Afghanistan wars, America’s economic inequities and its numerous unresolved dilemmas.

Herman Melville, with whom Hawthorne became acquainted, was born in New York, and went to sea aboard a whaler. In Moby Dick, Melville charts America’s manifest destiny, delineating the nation’s crazed pursuit of superfluous wealth and illusory enemies. “All that most maddens and torments … all the subtle demonisms of life and thought, all evil, to crazy Ahab, were visibly personified … in Moby Dick,” Melville writes.

Perhaps the chasm between the authenticity and integrity of literature and the deceptions and inadequacies of journalism cannot be bridged. Perhaps we can only look to the moments of journalistic brilliance to be found in the work of such practitioners as Seymour M. Hersh, Naomi Klein and Amy Goodman.

I propose a different course, however. I propose that we take inspiration from the great writers — and artists — of America, from their imaginations, their thought processes, their insights into method — to create a new New Journalism.

1) The new New Journalism shall be multidisciplinary and interdisciplinary;

2) In any particular story, article or piece, material from different fields of knowledge and experience are to be combined;

3) Perception and perspective are central questions. In any situation or event, what are we seeing — or not seeing? What is really going on beneath the surface? The subterranean aspects are often the most important; they are very rarely considered as part of journalism;

4) Other necessary considerations are comprehensiveness, getting all the significant aspects of a situation into a piece, and going from the A to Z of a subject in an encyclopedic manner;

5) Artists of the past, painters and sculptors, in addition to writers, can teach much to the journalist. The artist is often a seer, a prophet, like a poet;

6) Of the American abstract expressionist artists of the post-World War II period, each one started over from scratch, as if no work of art had ever been made before. This is what the new New Journalism must do.

The pioneers of the new New Journalism might begin with an excursion to the Metropolitan Museum of Art where the director, Philippe de Montebello, has created in the past 30 years a university of civilizations.

There the history and evolution of civilization and art may be studied, from the Etruscans to the recent Americans, Jackson Pollock, Clyfford Still, Franz Kline, Arshile Gorky.

The language and symbolism of their works would provide a productive approach to the creation of a new New Journalism.