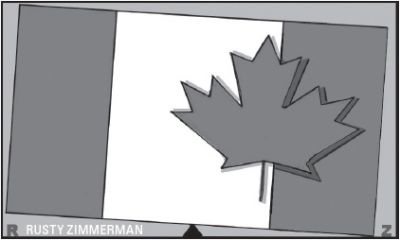 For those of you thinking of moving to Canada, if McCain wins… not so fast. You would be moving to a country ruled by a party similar to the Republicans.

The Conservatives, led by prime minister Stephen Harper, strengthened their minority government in a Federal Election on Oct. 14. They came just 12 parliamentary seats short of attaining a parliamentary majority. As things stand now, opposition parties can theoretically come together to block Conservative legislation. Except, the main opposition, the internally divided and financially weak Liberal party, will continue to vote with or abstain from Conservative motions, in order to avoid provoking another election. In other words, the Conservative will be allowed to govern like a majority.

However, the Conservatives will continue to conceal their hard right agenda in the hope of winning the trust of enough moderate voters to pick up a majority next time around.

A good example of the Conservatives’ moderate public image is Harper’s 2007 Speech from the Throne, where he wrote: “the Canadian model of constitutional democracy and economic openness combined with social safety nets, equitable wealth creation and sharing across regions has much to offer those countries struggling to build a better future.”

This is how he depicts his vision of Canada to Canadians. It stands in stark contrast to how he described the nation in a 1997 speech to the Council for National Policy, a right wing U.S. think tank. In this speech, Harper referred to Canada as “a Northern European welfare state in the worst sense of the term, and very proud of it.”

The Conservatives also obscure their extreme social conservatism. There are several Christian fundamentalists in the party, such as public safety minister Stockwell Day. Harper, himself, belongs to the East Gate Alliance Church, which believes homosexuality is a sin and abortion is murder. Publicly, Harper says that challenging gay rights and abortion are not on his political agenda. But clearly these rights are antithetical to his own own values.

Harper, meanwhile, appeases his party’s Christian right faction, while not alienating his many secular supporters. For instance, ending his speeches with “God bless Canada,” seems innocuous to secular people, but acts as a wink of support to the religious right; a tactic taken directly from the Bush administration’s playbook.

Harper has also repeatedly downplayed his support for the Bush administration and its policies. But his record of escalating Canada’s role in the war in Afghanistan, and recently deporting Iraq war resisters back to the United States, speaks for itself.

The Conservatives likely would have won a majority government, if not for the global economic crisis. Harper, at first, reacted in McCain-like fashion calling the stock drop a “buying opportunity,” but then quickly adopted a posture of concern. At the same time, the situation is not as bad in Canada, because of the country’s strict banking regulations. Ironically, Canada’s relative economic strength allowed the Conservatives to minimize their campaign losses. Ironic, because Harper is ideologically opposed to the tight regulations which have staved off a severe Canadian economic crisis.

Also it is important to note how few Canadians actually support the Conservatives. Firstly, the party’s continues to be unevenly distributed. The Conservatives are hugely unpopular in the Atlantic provinces, but, as always, dominated oil-rich and socially conservative Alberta.

At the same time, progressive votes were again split amongst the other four parties, even though the New Democratic Party, which gained eight seats from their 2006 total, is the only consistently left wing party in Canada.

Finally, over 40 percent of Canadians chose not to vote, and Conservatives only received 37 percent of the popular vote. But since elections are decided by how many electoral districts, or seats, a party wins, not by the total number of votes, this was enough to leave the Conservatives in a commanding position. In the end, only about a quarter of Canadians support this government.

And really, it is less than that, since many votes came from moderates blind to the Conservatives’ true agenda.

The opposition parties need to work harder at exposing this agenda, if they hope to avoid a Conservative majority in the next federal election.

Jacob Sheier is a freelance writer from Toronto.