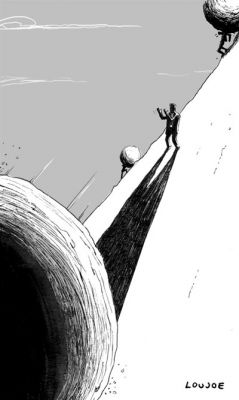 QUITO, Ecuador—Amidst the spreading global financial crisis, a special debt audit commission released a report on Nov. 20 charging that much of Ecuador’s foreign debt was illegitimate or illegal.

“We could not only sanction those who are to blame, but also stop paying the illegitimate debt,” said Ecuadorian President Rafael Correa at a ceremony where he presented the findings of the commission, which he appointed.

Although Ecuador currently has the capacity to pay, dropping oil prices and squeezed credit markets are putting President Rafael Correa’s plans to boost spending on education and health care in jeopardy. Correa has pledged to prioritize the “social debt” over debt to foreign creditors.

As of August, Ecuador’s total foreign debt was $10.3 billion, or 21 percent of its gross domestic product. Just one-fifth of those bonds were issued to raise money for development, while the rest correspond to refinancing costs, according to Hugo Arias, the debt audit commission’s coordinator.

Correa, a U.S.-trained economist, has threatened to default on the debt since he campaigned for the presidency in 2006.

The commission accused Salomon Smith Barney, now part of Citigroup, of handling the 2000 restructuring without Ecuador’s authorization, leading to the application of 10 and 12 percent interest rates. The commission evaluated all commercial, multilateral, government-to-government and domestic debt from 1976 to 2006. Commercial debt, or debt to private banks, made up 44 percent of Ecuador’s interest payments in 2007, considerably more than the 27 percent paid to multilateral institutions such as the International Monetary Fund (IMF). But the report also lambasted multilateral debt, saying that many IMF and World Bank loans were used to advance the interests of transnational corporations. Ecuador’s military dictatorship (1974-1979) was the first government to lead the country into indebtedness.

The commission found that usurious interest rates were applied for many bonds and that past Ecuadorian governments illegally took on other loans. Debt restructurings consistently forced Ecuador to take on more foreign debt to pay outstanding debt, and often at much higher interest rates. The commission also charged that the U.S. Federal Reserve’s late 1970s interest rate hikes constituted a “unilateral” increase in global rates, compounding Ecuador’s indebtedness.

If President Correa follows the commission’s recommendations — which is far from a certainty — Ecuador could default on some portion of its foreign debt, becoming the first Latin American country to do so since Argentina in 2001.

But despite all the hints at a default, it seems likely that Ecuador will use the commission’s report as leverage for restructuring the country’s debt. Commission president Ricardo Patiño indicated as much to Bloomberg News, but said that Ecuador would not settle for a 60 percent reduction, a number that had earlier been mentioned.

Ecuador announced that it would delay paying $30.6 million in interest on the Global Bonus 2012, taking advantage of a month-long grace period. The announcement sent the global financial universe into a panic, with Standard and Poor’s cutting Ecuador’s risk rating to CCC-.

Significantly, the commission singled out foreign debt for being “illegitimate” rather than simply illegal. Social movements have long declared most foreign debt to be illegitimate, but Ecuador’s use of legitimacy as a legal argument for defaulting would set a major precedent; indeed, the mere formation of a debt auditing commission does so. Osvaldo Leon, of the Latin American Information Agency (ALAI), says that it remains to be seen if other countries in Latin America will follow suit.

Ecuador’s findings could set an important precedent for the poorest of indebted countries, whose debt burden has long been criticized as inhumane.

Pablo Davalos, an economist and fierce social movement critic of Correa, has said that the report will in the end only amount to political posturing. Correa has criticized the foreign debt since his brief 2005 stint as Finance Minister — but has faithfully made each and every payment since his 2006 election. Correa has also made peace with oil and mining companies after acrimonious, high-profile negotiations. In response, social movements have accused Correa of being overly friendly to business. The foreign press, and the business press in particular, regularly exaggerates Correa’s radicalism.

It is also important to emphasize that Argentina’s 2001 default did not hamper the country’s economic recovery — in fact, it gave it a strong boost.

Former Constituent Assembly President Alberto Acosta echoed Correa, saying that the proposal could provide the legal basis for the prosecution of Ecuadorian officials involved in the negotiation of illegal or illegitimate debt. He also said that it was perfectly reasonable to take a debt’s legitimacy into account.

“The United States itself has embraced the concept of illegitimate foreign debt in encouraging countries to forgive the debt accrued in Iraq under Saddam Hussein,” Acosta said.

In fact, the United States originated the concept of illegitimate foreign debt after the Spanish-American War. The United States refused to pay Cuba’s outstanding debt to Spain, arguing that it was created by agents of Spain in Spain’s self-interest, a matter in which Cubans had no say.

This article was adapted from “As Crisis Mounts, Ecuador Declares Foreign Debt Illegitimate and Illegal,” published Nov. 26 on alternet.org.