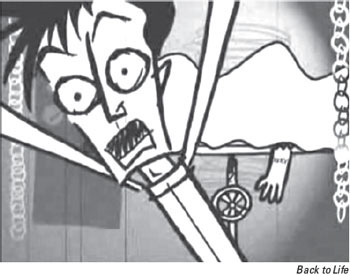 Halloween may have come and gone, but as movie ticket sales and rising rentals point out, horror is timeless. And this year’s New York City Horror Film Festival, now in its eighth year, showcased a cornucopia of the interesting, unexpected and the traditional.

Modern monsters (psycho-killers, zombies, urban legends, etc.), a staple of the genre since the 1960s, were well represented in notable films like the action short First Kill, the eerie feature From a Place of Darkness, psycho-short Drip, and the apocalyptic short Antibody. Bmovies — a volatile blend of horror, gusto and laughs — excited audiences with Frank Henelotter’s Bad Biology winning Best Feature and Zoe Polley’s teen gorefest Devil’s Grove. The horrific whodunit Surveillance by Jennifer Chambers Lynch and the monochromatic, antiwar, pantomime Hold Your Fire by Jesse Gordon spoke to fans of intense horror. 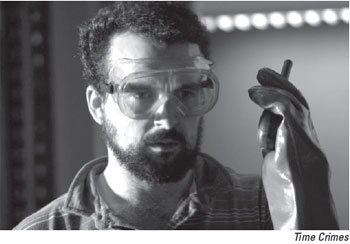 Surprisingly, absurd and humorous horror films dominated the fest with provocation and by connecting with audiences. Along with the above mentioned, notable films included the zombieex- girlfriend love-triangle short Burying the Ex and Jason Eisner’s Audience Choice-winning short Treevenge, which is sure to please many environmentalists. Luke Ricci explores a taboo fantasy with zeal in the feature How to Be a Serial Killer. In the pantomimed short, The Sleuth Incident, Jason Kupfer blends cuteness with graphic violence. A lonely janitor battles a perpetually filthy toilet in Nathan Bezner’s Best Short-winning film Altar. The monochromatic animated short Back to Life presents a different perspective on Frankenstein and his creation. In the claymation short c/o Flap Jackson, we follow a man’s growing suspicion over a mail-delivered wooden crate. 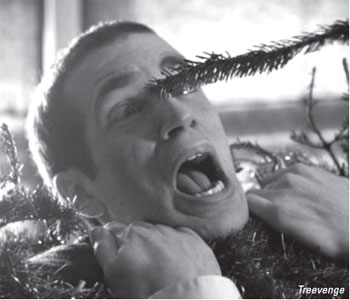 Aside from the sci-fi hybrids, most of the horror depicted in these films focused on the mundane (teddy bears in The Sleuth Incident, toilets in Altar, Christmas trees in Treevenge) presenting a world at once familiar and disturbing.

As we count the final days of the Bush administration, we cringe at the numerous disasters that plagued this country throughout the last eight years. From 9/11, to Hurricane Katrina, to the Iraq War and now the current economic crisis, it seems like catastrophe is synonymous with the Bush era. And horror films like Cloverfield and Zach Snyder’s Dawn of the Dead reflected the social anxieties and palpable nightmares.

Very similar to the way in which the currently popular superhero movies reflect our idealized selves, horror films point out the cracks in the social façade. Despite all the horrors in the world, be they human-made, supernatural, otherworldy or just plain bizarre, the standout films presented an optimistic view: that with dedication, action and wit, we can overcome great evil.