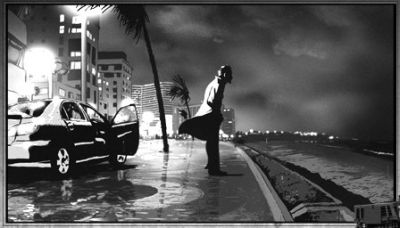 In September 1982, there was a massacre at the neighboring Sabra and Shatila refugee camps on the outskirts of Beirut. Militia forces of the right-wing Christian Phalangist party slaughtered some 3,000 Palestinian refugees, most of them unarmed.

The Phalangists were presumably seeking revenge for the unsolved assassination the previous day of their leader — and the President- elect of Lebanon — Bashir Gemayel. The two camps were surrounded by Israeli Defense Forces (IDF) troops that were then occupying Lebanon up to the outskirts of Beirut. Israeli and Palestinian accounts differ widely about the extent to which IDF troops — and Israeli government officials — were complicit in, or responsible for, the slaughter. But it is undisputed that Israeli forces allowed the Phalange to enter the camps and never intervened, and Israel’s then-Defense Minister Ariel Sharon was eventually removed from his post because of his part in the massacre (although he was later elected prime minister).

Waltz with Bashir, the new “animated documentary” by Israeli filmmaker Ari Folman, retells the story of the massacre through the memories of a handful of Israeli soldiers who served with the IDF forces in Beirut. It begins with the recurring nightmare of one veteran, who slowly comes to realize he has no memory of the events of his military service. He tells his filmmaker friend Ari about the nightmares, and finds that Ari, too, has missing memories. Together they embark on an investigation, interviewing former military comrades and slowly piecing together the story of the massacre and their part in it.

It is half documentary and half fiction, relating real and imagined events — almost entirely in the real voices of the participants — but using animated images instead of filmed actuality. Thus, when Ari travels to the Netherlands to speak with one fellow veteran, we see him driving through the flat, snow-covered winter landscape that is the real Netherlands in winter. But we also see the interviewees’ nightmares, as when a veteran of the Beirut occupation dreams of immense dogs chasing him with bared, slavering fangs down endless war-ravaged streets. And when another veteran remembers landing on the coast of Lebanon in the arms of an immense, naked sea-goddess, we see him floating in her arms.

None of the interviewees were inside the camps during the slaughter, and we see only their periphery, not the massacre itself. The film attempts to find some truth by piecing together differing accounts — one veteran’s story, for instance, portrays IDF forces as having no idea what was happening, while another shows them all too aware of it. But as the tales wear on, it seems that Folman is not finding an answer to — or declining to answer — the question of responsibility.

Yet suddenly, we’re watching live action, not animation. Waltz with Bashir ends with a long, wrenching sequence of the return of Palestinian women to the camp and their dreadful cries of grief as they find their dead children and husbands.

Waltz with Bashir evades the crucial question of IDF and Israeli responsibility for the massacre. Yet in its stark and often disturbing images, and especially in the heart-wrenching ending, it makes no attempt to evade the horror of the event. It is neither an anti-Zionist or anti-Israel film, but it at least is making an attempt to face some of the horrific consequences of the Israeli policies of the last 30 years.

Waltz with Bashir opens Dec. 26 at the Lincoln Plaza and Landmark Sunshine theaters.