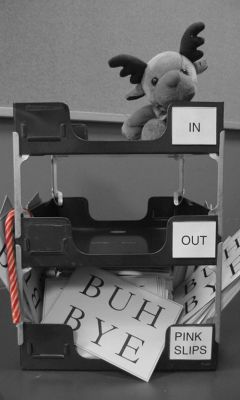 Unemployment rates are climbing toward the highest levels in a quarter century. Yet, only 60 percent of eligible New Yorkers are applying for state unemployment insurance benefits, according to Andy Stettner, deputy director of the National Employment Law Project.

“In today’s de-unionized age, a lot of people don’t really have anyone telling them when they’re laid off that they’re eligible for unemployment,” Stettner says. “We’re trying to get more awareness among people who work at food pantries or churches about unemployment benefits so that when people go there they can get the low-down.”

Anyone who has worked in New York State within the last 18 months and who was laid off through no fault of their own, can apply for New York State unemployment benefits that help workers between jobs stave off financial crisis. Immigrants who are legally allowed to work in this country can also receive benefits, regardless of citizenship.

“When you’re laid off, your employer is obligated by law to tell you that you’re able to get unemployment insurance,” Stettner says. “Unfortunately there are no teeth to that law,” he says, but everyone should apply. It’s easy enough — there is an online application at ui.labor.state.ny.us. You can also apply by calling 1-888-209-8124.

You will need your Social Security or work permit ID number, your last employer’s registration number or federal Employer Identification Number (found on your W-2 tax form) and address and telephone number.

If you are unemployed, you will on average receive about half of what you were being paid at your last job, up to $405 per week. The formula for calculating unemployment benefits is complicated. The New York State Department of Labor (DOL) will assess your quarterly earnings during the past year and give you a weekly stipend equal to 1/26th of what you made during the quarter you earned the most money. So, if you made $9,000 in one three-month period, and less than that in every other three-month period, divide $9,000 by 26. You will receive $346 per week.

To keep getting payments, a person must prove, week in and week out, that he or she is “ready, willing and able to work,” according to the DOL website. Detailed records of efforts to find a job, in the form of a daily log of job applications, resumes sent, and phone calls made in the job search process are mandatory. Workers must also prove that they are continually without any employment.

This is where one of the glaring contradictions in the law exists — New York State is the only state, according to Stettner, where a person can be considered “employed” even if they are not making money. For instance, if you’re on unemployment and you write a blog, you can be considered “employed” because you are doing “work” even though you don’t make money. Also, if a worker is found to have received a job offer that pays at least 80 percent of what she or he was previously earning and refused it, she or he may have to repay some unemployment benefits.

Details about these policies can be found at the DOL website, under the “frequent questions” tab or in the handbook sent to you once you are accepted into the unemployment system. Look under “What is considered work” and you will find this definition: “You are considered employed on any day when you perform any services — even an hour or less in self-employment, on a freelance basis or for someone else. It makes no difference whether this work is in covered employment or whether you get paid for that day.”

“It’s a messed-up thing,” Stettner says of the rule regarding unpaid work. “A lot of times they will consider you ‘working’ if you’re volunteering. It’s one of the gray areas [in the state law] that shouldn’t be.”

Similarly, the booklet that every person on unemployment receives in the mail about a week after applying is full of obscure legal language. For instance, a question like “How many days last week were you unable or unwilling to work?” might elicit an answer of “five” when the correct answer should be “zero.”

It’s difficult, but knowing how to decipher the unemployment laws can be an essential skill in a weakening economy. The federal government recently increased unemployment benefits for an additional seven weeks, and since there was an increase earlier this year of 13 weeks, that brings the total time someone can claim unemployment benefits to 46 weeks. Still, unemployment benefits eventually run out, and the long-term unemployment rate are higher than they’ve been for the past 25 years. It’s clear more needs to be done for workers whose jobs have disappeared completely from the marketplace. 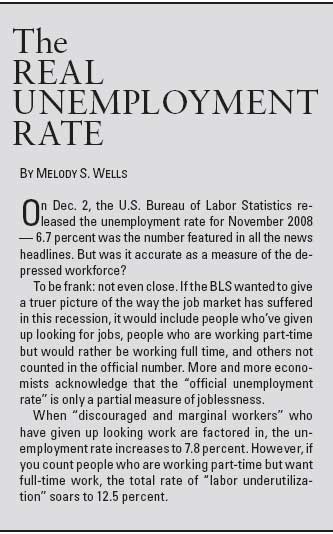