The Indypendent won awards for excellence in reporting, photography and design at the Dec. 7 “Ippies” Awards banquet sponsored by the New York Community Media Alliance (NYCMA). NYCMA is an association of nearly 100 community and ethnic newspapers that publish in New York City. With a total of five Ippies, The Indypendent garnered more awards than any other newspaper in the city for the fifth time in six years. 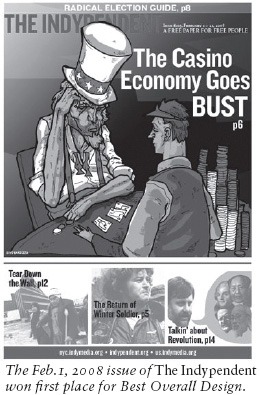