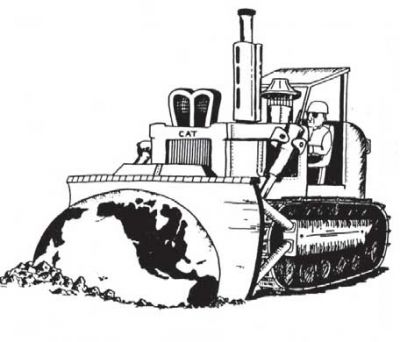 Future generations will probably regard the Bush administration as the most environmentally destructive presidency in history. But it will not just be for the reasons fresh on our minds today — namely the rollback of many major environmental laws of the last four decades. The Bush years, will also be remembered for its neglect and outright denial of climate realities, crucial time that could have been spent preventing the planet from warming beyond a manageable level.

The failure to address climate change these past eight years has forced many scientists to call for stricter global emissions targets. If Barack Obama fulfills his proposed pledge to re-engage with the U.N. Convention on Climate Change, he will be entering an extremely contentious debate.

Obama’s environmental policies may be leaps and bounds ahead of those of his predecessor, but he will have to play catch-up when it comes to establishing a respectable climate policy. A look at what Obama proposes reveals that the United States is not headed for the type of radical reform necessary to become a climate leader and avert widespread catastrophe. 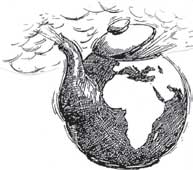 THE SCIENCE: Renowned NASA climate scientist James Hansen said in 2006 that the world had a 10-year window of opportunity to act against global warming and prevent catastrophic climate change.

POLICY: While Obama has called to making climate change a top priority, the only 10 year plan he has outlined is to eliminate U.S. dependence on foreign oil — a positive national security measure, but not an action that will combat global warming.

THE SCIENCE: In order to minimize severe climate change, European nations are pushing for a global treaty that caps carbon dioxide emission levels at 450 parts per million (ppm). The current level is at 380 ppm. But NASA’s Hansen and other notable figures — such as Al Gore — are pushing for the standard to be set at 350 ppm. 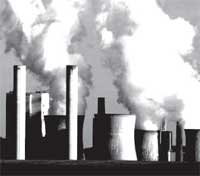 POLICY: According to the Australian Stern Review on the Economics of Climate Change, Britain, Australia and the United States would have to cut carbon dioxide emissions by 5 percent each year over the next decade to hit the target of 450 ppm. Obama’s plan to reduce carbon emissions by 80 percent by 2050 would fall short, cutting carbon dioxide by an average of only less than 3 percent each year.

THE SCIENCE: Many top climate scientists oppose caps on carbon dioxide emissions because they merely slow the rate at which fossil fuels are used — rather than preventing them from being used entirely, which they say is necessary. NASA’s Hansen favors a carbon tax with a 100 percent dividend. That way high carbon users are penalized and low carbon users are rewarded.

POLICY: Obama wants to implement a cap-and-trade program to reduce greenhouse emissions. In an open letter to the president-elect sent at the end of December, Hansen wrote, “this approach is ineffectual and not commensurate with the climate threat. It could waste another decade, locking in disastrous consequences for our planet and humanity.”

THE SCIENCE: According to waterencyclopedia. com, pollution caused by offshore drilling, production operations and spills or leaks from ships or tankers typically contribute more than 7 percent of the total annual oil waste in oceans.

POLICY: Obama has indicated he would allow offshore drilling if it was needed as part of a compromise in order to pass a comprehensive energy bill. 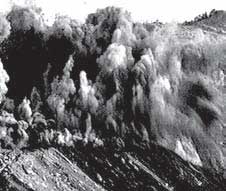 THE SCIENCE: Coal provides 52 percent of America’s energy, but emits about 40 percent of U.S. greenhouse gas pollution. There are many technological hurdles that must be overcome for carbon dioxide to be removed from coal in a safe, clean and economical manner. The “clean coal” movement has been criticized for being a cover to allow the building of new coal-fired power plants with the hope that controversial proposed clean technology can be phased in later.

POLICY: Obama heartily supports the development of “clean coal” technology. Furthermore, he is calling for just 10 percent of electricity to come from clean renewable sources by 2012 and 25 percent by 2050. Meanwhile, Al Gore has called on the U.S. government to “commit to producing 100 percent of our electricity from renewable energy and truly clean carbon- free sources within 10 years.”

THE SCIENCE: The process of converting coal to oil produces nearly twice as much greenhouse gas emissions as the use of conventional oil. 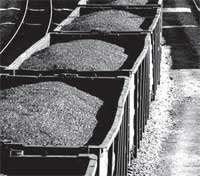 THE SCIENCE: Aside from producing 15 percent more carbon dioxide emissions than conventional oil, ethanol (fuel produced from plants such as corn and sugar cane) production intensifies the global food crisis and encourages clearing of heavily forested areas (in large part by burning), such as vast areas of the Amazon rainforest, in order to grow these fuel cash crops. Forests help combat global warming by removing carbon from the atmosphere.

POLICY: Obama is a staunch supporter of biofuels, particularly ethanol — as are many of his cabinet picks. The Energy Tribune recently called Obama, Tom Vilsack (Secretary of Agriculture nominee) and Ken Salazar (Secretary of Interior nominee) the “ethanol scammers’ dream team.” Stephen Chu, the nominee for Secretary of Energy, has called corn-based ethanol a transitional fuel crop.

THE SCIENCE: The process of building enough nuclear power plants to meet U.S. energy needs would increase greenhouse emissions dramatically. Not only would large power plants have to be constructed, but the mining, processing and transportation of uranium is energy intensive, as is the energy costs of management of the remaining radioactive waste.

POLICY: Obama favors nuclear as one component of the U.S. energy mix, but is also not ready to move forward with the building of new plants, based on proliferation and waste disposal issues. 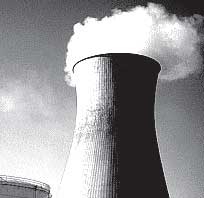 THE SCIENCE: Approximately one-third of carbon dioxide emissions are produced by agriculture and land use changes. The livestock industry alone is responsible for 18 percent of emissions. Feedlots are highly fossil fuel dependent, from the fertilizers and pesticides used to grow the grain that feed the animals to the shipment of the grain and ultimately the meat.

POLICY: The U.N. Intergovernmental Panel on Climate Change has recommended people reduce meat consumption. However, Obama has never touched on the subject of eating less meat and neither has his nomination for Secretary of Agriculture Tom Vilsack, who actually expanded feedlots during his tenure as the governor of Iowa. The Organic Consumers Association has described Vilsack as “another shill for Monsanto and corporate agribusiness.” 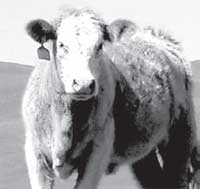 GRASSROOTS FOR THE EARTH

While politicians struggle to address climate change, social and environmental movements are attempting to pick up the slack in dramatic fashion. Leading voices, such as environmental authors Bill McKibben and Wendell Berry, are helping organize a large-scale “civil act of civil disobedience” at a coal-fired power plant near Washington, D.C., March 2 as a wake-up call to the policymakers on Capitol Hill.

In the days leading up to this action, the second national youth summit to solve the climate crisis will take place in the capital. The organizers, who are calling this gathering Power Shift ’09, aim to push the Obama administration and Congress to pass “bold, comprehensive, and just national climate legislation before entering international climate negotiations in December 2009.”

Such a landmark transition for this country would signal hope for the U.N. Climate Change Conference in Copenhagen beginning Nov. 30. A global network of climate justice groups already organizing mass nonviolent direct actions for those two weeks has called this conference “the most important summit on climate change ever to have taken place.” While previous U.N. climate conferences have provided nothing but “empty rhetoric and a green-washed blueprint for business- as-usual,” as a Copenhagen-based climate activist organization explained, this year’s is sure to be “one the leaders will never forget.”

The past couple years have produced some unforgettable moments as well. Thirty-seven people were arrested in July for chaining themselves to train tracks that lead to the world’s largest coal terminal in southern Australia. London’s Heathrow Airport was the target of a week long protest in August 2007 when an estimated 1,500 people demonstrated against the construction of a new runway and to raise awareness of the high carbon footprint of airline travel. Meanwhile, in the United States, the grassroots campaign Step It Up organized 1,400 demonstrations in April 2007 to demand that Congress cut carbon 80 percent by 2050.

Environmental activists have managed to delay or squash 78 of a proposed 150 new coalfired plants in the United States within the past four years. Many noteworthy figures have been pushing for direct action against the construction of new coal plants, including former Vice President Al Gore, who told an crowd at the Clinton Global Initiative last September, “we have reached the stage where it is time for civil disobedience to prevent the construction of new coal plants that do not have carbon capture and sequestration.” Members of the climate justice organization RisingTide, meanwhile, have carried out several direct actions against proposed coal-fired plant sites. Together with other organizations including Rainforest Action Network, they have led a campaign against large banks that have millions of dollars of investments in the coal industry.

Given the deaf ear policymakers continue turning toward climate experts, direct action will no doubt speak louder than the science.
—B.F.