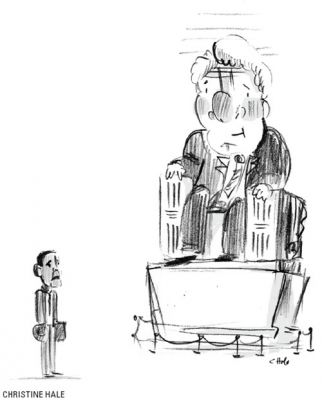 When Barack Obama assumes the presidency Jan. 20, he will bring a slew of Clinton-era bigwigs in tow: Larry Summers, Eric Holder, Rahm Emanuel, Peter Orszag and the former first lady herself, Hillary Clinton. Perhaps it’s not surprising then that many commentators claim Obama has abandoned his hope-and-change platform for a Clintonian restoration. Whether this turns out to be true is an open question, but also of significance is another commonality Obama shares with Clinton. Much of the appeal of both Clinton and Obama lies in the soaring rhetoric of the “American Dream.”

Obama is not the only political leader to invoke the Dream. In the last four decades, several political leaders have aggressively done so. Across parties, references to the phrase “American Dream” have dramatically increased since 1965, particularly in presidential inaugurals, state of the union addresses, and party platforms.

Invoking the American Dream has clearly become an important mobilizing strategy for both parties. The Dream serves the purpose of offering a politics of inclusion, one that insists all individuals are inherently equal and, therefore, everyone should have an equal and inalienable right to improve their lives and pursue the kind of happiness they value. This happiness can constitute upward social mobility, but it can also be something else, such as following a particular vocation or living in a particular place. The abstract individualism of the American Dream asserts that it doesn’t matter who you are, you can still find happiness.

This agnosticism about identity is supremely important under conditions of extreme heterogeneity. It enables leaders to use the American Dream to appeal across diverse political constituencies without appearing as if they are pandering to sectional interests. In a nation where class, race, gender, sexual orientation, religion and ethnicity form the bases for deeply polarizing conflicts, the abstract individualism of the Dream offers a convenient language of inclusion for all.

Current demographic trends in the United States indicate that the American polity looks more pluralistic now than it has ever before. Liberal immigration laws (characterized by the mass influx of émigrés from the global south since 1965), together with identity politics-based movements (such as feminism and LGBT rights) have made the American electorate highly pluralistic and divided. In addition, America is projected to become a white-minority country by 2042.

For leaders, it is thus politically expedient to offer an amorphous rhetoric that appeals to everybody instead of singling out particular social groups for political mobilization. In this context, the American Dream presents itself as a convenient rhetorical strategy, and Barack Obama has intelligently adopted this seductive vision.

But this rhetorical strategy is not without problems. As a set of lofty ideals, the American Dream can usefully describe a set of national purposes with the end goal of creating an utopian, meritocratic society in which the individual, regardless of her identity, can work hard, compete with others on a level playing field, and achieve personal success.

Yet, this desire for utopia necessarily leads to frustrated expectations. The American Dream is not unusual in this. Most major tropes in American political culture — such as American civil religion, American exceptionalism, equality of opportunity, level playing field and pursuit of happiness — suffer the same fate. Samuel Huntington usefully captured this tendency of American politics as inevitably engendering a “politics of disharmony.”

Barack Obama has become a messianic figure among American liberals. He symbolically represents racial parity and progressivism. But the truth is that he has promised more than he can possibly deliver and, in all likelihood, he will spend the next four years explaining why he has not been able to significantly improve the lives of ordinary Americans.

This is not his fault. This is an artifact of a constellation of reasons including the nature of American Dream rhetoric, the systemic arrangement of American political institutions including the Madisonian, constitutional system of checks and balances, and the one enduring truth about politics and economics: one individual can never bring about change: aggregates do.

The American Dream has two principal iterations. Unfortunately, in the current political-economic climate, both ring hollow. One version of the Dream talks about a booming middle class, characterized by a suburban single-family home, picket fences, multiple cars in the garage, rising incomes, vacations, abundance, prosperity, beauty, youth and talent. A second iteration of the Dream gestures toward the dream of racial and social justice, toward an America in which the playing field is genuinely level, and where it doesn’t matter who you are, you have opportunities equal to all others. Both versions are disconnected from reality if you look at present employment, wage structures, education, and healthcare.

Jennifer Hochshild has called the American Dream an “ideology of success” that is rife with flaws, although with enormous emotional potency. It is precisely for this reason that using American Dream rhetoric in contemporary American political talk makes a certain kind of sense and Obama’s use of American Dream talk is indeed good strategy.

But he would be well advised to remember that the original use of the term was very different. According to most genealogies of the phrase, the term was coined in 1931 by popular historian James Truslow Adams. Writing in the middle of the Depression years, Adams cited the American Dream as a catalogue of national values that Americans had become alienated from.

To be sure, the ideals of the American dream can be traced back to the hard work (“Protestant”) ethic of Puritan New England and, even further back, to Lockean liberalism itself. In fact, Locke himself used the phrase “pursuit of happiness.” Yet, when Adams uses the term, he presents an “American jeremiad” that lamented the existing reality of American society and pointed out its divergence from the values embedded in the intended purpose of the early republic — a set of ideals he called “the American Dream.” He describes the “Dream of a better, richer, and happier life for all,” where each person will be “able to attain to the fullest stature of which they are innately capable, and be recognized by others for what they are, regardless of the fortuitous circumstances of birth or position.” This was the original use of the term. It was a lament; it was not a political strategy.

Characterizing himself as the embodiment of the American Dream has so far paid off for Barack Obama. He has done extraordinarily well in what turned out to be a grueling political campaign, particularly in the primaries. While rejecting federal funding, he raised and spent a staggering $740.6 million, all the while painting himself as an underdog interested in challenging aristocratic, entrenched interests in Washington, D.C. In short, he has cast himself as Jimmy Stewart in Frank Capra’s Mr. Smith Goes to Washington. But life is not a movie. And, to be fair to him, Obama knows this too — but can’t yet let on that he does. Sooner or later he will have to though. And when he does, the nation will have to ritualistically go through the motions with him.

Cyril Ghosh is Adjunct Faculty in International Affairs at New School University. In 2008 he received a Ph.D. in political science from Syracuse University. His dissertation is titled “The Politics of the American Dream: Locke and Puritan Thought Revisited in an Era of Open Immigration and Identity Politics.”