Barack Obama has promised to revise or reverse many Bush administration policies on everything from the environment to workplace safety to reproductive rights. Will he renounce the vast expansion of executive authority that Bush claimed gave the president near monarchical powers over the lives of mere mortals?

Will Obama repudiate Bush’s excessive use of signing statements and rather announce that he actually intends to follow laws as passed by Congress? To do so, he’d have to disavow Bush’s use of the September 2001 Authorization for Military Force that enabled two wars and the creation of the Guantanamo prison camp.

Will he set aside the use of the State Secrets Privilege, which closed the courthouse door to Khaled el-Masri, the German citizen who was “mistakenly” kidnapped by the CIA, rendered to Saudia Arabia and then dumped on a hillside in Afghanistan five months later? If Eric Holder is confirmed as Attorney General, Obama should instruct him to review all of the assertions of “state secrets” made by the Bush administration and reconsider the basis for the assertion. At a minimum, Obama should agree to let the courts see the evidence and decide whether or not the privilege is justified.

Will he direct Holder to withdraw the government’s motions to dismiss the privacy suits against the telecommunications companies that were granted immunity by the FISA Amendments Act? Will he stop the bulk applications for warrants for Americans’ overseas communications? 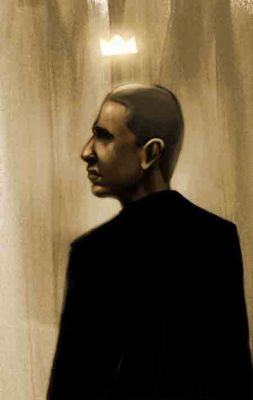 Will he restructure the laws used against attorney Lynne Stewart and others that criminalize “material support” — including humanitarian assistance given unknowingly to an organization that has links to terrorists? Current law does not require a showing of intent to support an act of violence. It also allows the president to permanently freeze the money of a charity he suspects has allegiances to terrorists without allowing the accused the right to a factual hearing at any time.

It is a positive step when Obama says he is going to close Guantanamo within a year. But, will he abandon the unconstitutional military commissions that continue to deprive detainees of their rights under the Geneva Convention, and that close the doors of federal courts to claims of torture, deprivation of liberty and arbitrary detention?

Some legal experts, including Georgetown University law professor David Cole, say we need a new national security court that would permit preventative detention and allow the use of evidence “tainted” by torture. It stands the law on its head to let Bush or Obama say that someone can be imprisoned without trial — or that evidence gained through torture should be admissible in court.

The Constitution was originally designed so that Congress would balance the powers of the executive branch. It seems unlikely that Congress will take action given that House Speaker Nancy Pelosi (D-Calif.) was briefed about the Bush administration’s power grabs and did nothing to stop them.

Without Congress investigating the extent of the warrantless NSA spying program — and all the other secret programs that have been leaked to the press over the last eight years — Obama will be free of the political pressure to restore civil liberties.

This lack of pressure is dangerous because it is possible that these expanded executive powers will become the norm for Obama and future presidents. And the failure to hold the Bush administration accountable for its criminal behavior may become a green light for future administrations to engage in their own lawbreaking.

At this point, the only government official at risk of being prosecuted for his role in all these sordid abuses is Thomas Tamm, the mid-level U.S. Department of Justice lawyer who blew the whistle on the Bush administration’s domestic spying program by secretly leaking information to the New York Times.

Obama must listen to the grassroots activists who heeded his call of hope. Groups including the Electronic Frontier Foundation, the American Library Association and the Liberty Coalition have drawn up a civil liberties roadmap for the new administration. Obama should also keep in mind that eight states and 406 cities and counties — encompassing a total of 85 million people — have passed resolutions calling for the repeal of the 2001 USA PATRIOT Act.

This many Americans cannot be wrong in the demand that civil liberties be restored.