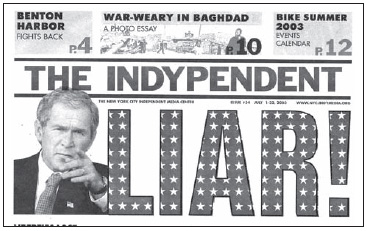 Obama’s presidency has to be a starting point, not a final destination, for the diverse movements that carried him to the White House.

On Jan. 20, 2001, tens of thousands of demonstrators gathered in the freezing rain to protest George W. Bush’s takeover of the White House following his theft of the 2000 election and to pelt his motorcade with rotten fruit.

This year, millions of people are expected to flock to Washington, D.C., to celebrate the inauguration of Barack Obama.

Whether the president is a conservative Texas oilman or a brilliant young African-American lawyer from Hawaii, Harvard and the South Side of Chicago, power in this country is still centered in big business and the Pentagon. And our nation’s governing philosophy—a fervent belief in free-market economics, global empire and the right to use military force anywhere in the world — remains rooted in decades of bipartisan policymaking.

For Obama’s presidency to make a decisive break with the failures of the past, Inauguration Day has to be a starting point, not a final destination for the diverse movements that carried him to the White House. Only a ceaseless clamor from visionary, broad-based mass movements will push our new president to take the sort of genuinely progressive positions that can truly solve the multiple crises we face.

“We are the ones we have been waiting for,” as Obama was fond of telling his supporters during the early part of last year’s campaign.

One group we cannot count on is the corporate media. The media establishment that gave Bush a free pass for much of his presidency will continue to be a powerful force for the status quo no matter who is in the White House.

This is why The Indypendent was launched in the waning days of the Clinton administration and why we persisted during the long era that Bush and his wrecking crew of right-wing ideologues have held power. During that time, hundreds of artists, activists and independent media makers have contributed to The Indypendent and made it both a pioneering project in citizens’ journalism and a space for bold reporting and analysis that digs beneath the headlines to illuminate the workings of power as well as grassroots efforts to make change.

Now, like many on the left, we find ourselves in the novel position of having a president who claims to share many of our concerns. We are hoping for the best, but have no illusions. For our part, we promise to continue being the same fearless, hard-hitting, truth-telling newspaper during a Democratic administration as during a Republican one. Our allegiance continues to be neither to a party nor a politician but to you, our readers, and to bringing forward the voices, concerns and the struggle for justice of the people most affected by policies made in their name.