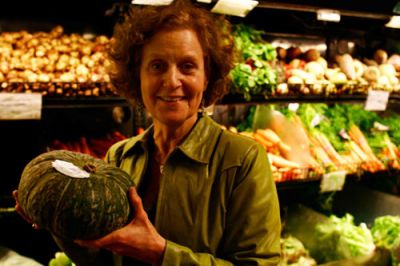 In many areas of Brooklyn, you can get a cheeseburger at 2 a.m. but you have to get on a bus to buy a head of lettuce. For Park Slope resident Nancy Romer, this is not acceptable.

“There are huge swaths of people who have no access to healthy food living right here in Brooklyn,” said Romer, who is a long-time member of the Park Slope Food Coop and the general coordinator of the upcoming Brooklyn Food Conference.

Many local organizations are already working hard to provide Brooklyn communities access to healthy food. A new group, the Brooklyn Food Coalition, is bringing businesses and organizations together to create a network devoted to increasing food democracy — access for all people to sustainable, healthy and delicious food produced under non-exploitative conditions. To celebrate the birth of this new coalition, the first ever Brooklyn Food Conference will be held May 2.

“The conference is organized to provide entry points at many levels,” Romer said. “People interested in cooking, the political economy of food, climate change, obesity, what to feed their kids, all of that, will be there. And then there will be a lot of fun.”

“Food is an issue that is so familiar to people,” Romer added. “It’s not an abstract idea.”

The idea to organize a Brooklyn Food Conference began with members of the Park Slope Food Coop. Founded in 1973 as an alternative to commercial supermarkets, the coop is about connecting people to local, fresh and healthier food, rather than making a profit. In exchange for low prices, coop members agree to volunteer three hours a month, often on committees that help educate fellow members and the neighborhood about food issues. Members within the coop’s Safe Food Committee came up with the idea of the Brooklyn Food Conference.

At their committee meetings, it became clear that members had many areas of food expertise. Rabiner said that the committee’s shared knowledge encouraged them to expand their efforts.

“We wanted to have a greater impact,” Rabiner said. So the group began to brainstorm about how to expand their audience and educate people about what can be done to address the broken global food system. Out of this effort, the idea for a day of education, networking and celebration took hold.

Although the idea originated within the Park Slope Food Coop, a network has quickly grown. So far, more than 60 organizations plan to participate in the conference, which is being co-sponsored by Brooklyn’s Bounty and the Caribbean Women’s Health Association, Inc. (CWHA), a non-profit health, immigration and social services organization.

“For 25 years, the Caribbean Women’s Health Association has been trying to improve the health of the Caribbean community, and food is a part of health,” said Cheryl Hall, CWHA executive director. “Nancy [Romer] had approached us about partnering and we said yes, and then when we sat down and started talking about the goals of the conference, we decided to go ahead and become a co-sponsor.” Representatives from the Caribbean Women’s Health Association will be leading workshops in nutrition and other topics.“

Just like biodiversity makes for greater productivity in crops, so does organizational diversity in movements,” Romer said. “What I mean is not just race, gender, class, ethnicity, though that too, but the wide range of organizations in the food democracy movement — food banks, food pantries, kids programming, school lunch activists, farmers markets, food coops, unions, all those different organizations vary tremendously. I think that grassroot infrastructure of diversity gives this food democracy movement a lot of power.”

“We want to help build a sustainable food movement that incorporates respect for workers’ human rights,” said Brandworkers International Director Daniel Gross at a Jan. 30 conference benefit. Founded in March 2008, Brandworkers has a mission of empowering retail and food employees to improve working conditions throughout the supply chain.

Gross explained how the first wave of the healthy food movement focused more on consumers, in particular white, wealthier communities. However, Gross said that the food movement is increasingly being embraced by working-class communities and feels that the Brooklyn Food Conference is a “repudiation” of the common perception of a food movement only for the privileged.

“Workers are not an afterthought in the food democracy movement, but a key component,” Gross said.

“We want to create a long-term coalition between people interested in health, in sustainability and in social justice,” Romer said. “By social justice, we’re talking about access to healthy food for all people, regardless of income or location, and for food workers — in agriculture, processing, retail, restaurants, to have a living wage and decent working conditions. If you raise the wages of the people working in food, you’ve made a real dent in poverty.”

“We’re challenging agribusiness and big food,” Romer said. “You can’t change the system unless you change those.”

Brooklyn Food Conference organizers plan to spend the next few months getting as many people on board as possible in order to make May 2 not a one-day festival, but rather the beginning of a long, organized campaign for a Brooklyn-based food democracy movement.

“We don’t want it to be over May 2,” said Kathie Borowitz, secretary of the Safe Food Committee and one of the main organizers. “We want to encourage people to act, but beyond that, we want the May 2 event to establish a Brooklyn base for the International Food Movement.

”Romer said many people were inspired by their work on the Obama campaign, but knows that his election was only the beginning. “If we don’t push him, we know we’re going to get a lackluster presidency. … There’s a lot of room for push, and we have to be the ones to push.”

The Brooklyn Food Conference will be a medley of lectures and workshops from local organizations, businesses and well-known activists that aims to bring people together to build a Brooklyn-based movement to promote food democracy, social justice and environmental sustainability.

Here are a few presenters you won’t want to miss:

DAN BARBER is executive chef and co-owner of Blue Hill Restaurant in New York City and Blue Hill Restaurant at Stone Barns. A leader of healthy restauranteurs and advocate for farming issues, Barber bases his cooking on a philosophy of using sustainably grown, local ingredients. 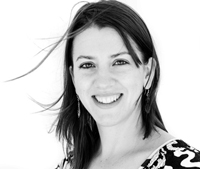 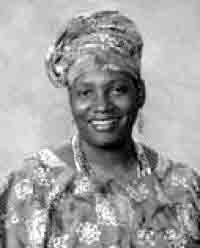 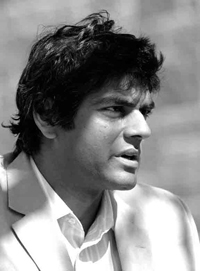 RAJ PATEL is the author of Stuffed and Starved: The Hidden Battle for the World Food System, an exposé of the global food system and how activists are gaining ground against its corporate control. He is a researcher at the University of KwaZulu Natal in South Africa and a fellow with Food First, a leading food think-tank.CHERYL HALL is acting executive Director of the Caribbean Women’s Health Association. She has been a community leader in providing excellent, culturally respectful and broadly available health care for residents of Brooklyn and Queens.

House of the Lord Churchholc.org

What I Made for Dinner Blogwhatimadefordinner.blogspot.com

Center for the Urban Environmentthecue.org

Friends and Residents of the Greater Gowanus (Frogg)frogg.us