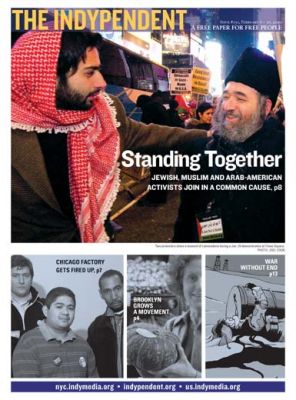 DECADES OF DISASTER
Response to “Outsourcing Our Wars: Halliburton’s Army Captures the Spirit of an Era,” Feb. 6:
My father was a union welder/ pipe fitter who worked all the chemical refineries that line the Houston Ship Channel, plus he built nuclear reactor plants in Maryland and at Matagorda Bay, Texas. KBR was called Brown & Root in the 1950s, 1960s and 1970s. It was wellknown on the Houston Ship Channel that even then, Brown & Root when cheap unskilled, uneducated labor pools of men were needed to work for the petrochemical corporate giants. In the 1960s, I participated along with Union 211 workers against the petrochemical refinery corporations, in well-planned and executed strikes of major supermarkets and the refineries, against Brown & Root. Halliburton at that time was a separate entity, an oil field specialist corporation. We staged massive strikes in protest of their abuse of laborers and the sleazy politics that followed them like dark shadows. And yes, I am a living witness to the part that Lyndon B. Johnson played, at both the state and national levels, that enabled this workforce abuse and the substandard, inadequate and oftentimes dangerous consequences to any geographical area in which Brown & Root completed a project.
—Therese Willette

Egypt’s reluctance to intervene in favor of the Gazan population was, and is, largely driven by fear of the Hamas model, a model of democracy that poses a threat to the model traditionally favored by the unelected autocrats and monarchs of countries such as Egypt and Saudi Arabia. Egypt has always preferred taking a backseat in the peace process in the Middle East.

For instance, the most serious initiative to come out of the Arab world, the Arab peace initiative, was proposed by Saudi Arabia. Yet Egypt is crucial to the peace process and we need it to show willingness to cooperate with other Arab countries in finding a durable solution to the conflict between Israel and Palestine. Until then, a viable solution may remain a long way off.
—elianita55

BATTLE FOR HUMAN RIGHTS
Responses to “Jewish Rebels Rally Against Zionism,” Feb. 6:
I am tired of criticism of Israeli actions somehow being anti-Semitic. Self defense is one thing, but when Israel launches a campaign in the name of “self-defense” that inflicts a 90-to-1 casualty rate on mostly civilians, how can anyone say that is somehow justified?
—Bob

One of my university professors was a Holocaust survivor and a really headstrong opposer of Israel’s foreign policy. I went to a school where on an almost monthly basis there was always a fight between Palestinians and Israelis, both political protests and legitimate brawls. The school had more Israeli supporters, with several prominent Israeli companies funding the school. So it was really surprising to see my professor literally voice her opinions about Israel knowing that she could be reprimanded and that she could have been labeled as a self-hating Jew. The good thing about what happened now is that Israel is getting pressure from the world to stop its genocide.
—Truth

PELVIC POWER
Response to “The Macktivist: At Your Cervix Explores Disturbing History of Pelvic Exams,” Feb. 6:
I am grateful to Amy Jo Goddard for bringing attention to these disturbing acts and truly believe this film will have the desired effect on those in a position to do something about it. Of course, with Google at our fingertips, we all can find a way to have our voices heard. We all are in a position to do something about it. In fact, I’m about to volunteer my pink donut to New York City’s Gynecological Teaching Associates.
—Julia