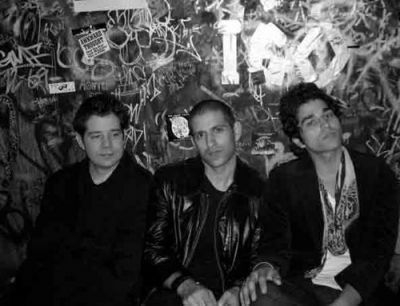 LYRICS WITH A PURPOSE: The band Zerobridge hopes their music will help bring a peaceful ending to the conflict between India and Pakistan over the territory of Kashmir.A few months after Sept. 11, 2001, the shaggy-haired Mohsin Mohi-Ud-Din, and his older brother, Mubashir, went to visit relatives in Srinagar, the capital of Kashmir. Low-flying planes droned overhead. The State Assembly building had just been bombed by Pakistan-based Muslim militants, killing 38 people.Kashmir, a mostly Muslim territory of 12 million people, has been disputed by India and Pakistan for more than 60 years. India controls most of it, including Srinagar. On his 2001 trip, Mohsin (who goes by Mo) was filming a documentary when massive demonstrations broke out. Indian police had tried to take bread from a local bakery without paying. The 17-year-old baker, a local musician, protested. The police took him outside and shot him in the middle of the street.When they returned to the United States, Mubashir (who goes by Din) began writing political songs for the brothers’ band, Zerobridge.Zerobridge’s music sounds familiar. They are a catchy and competent garage rock band that draws heavily from the Pixies and the Clash. Din, who wears a dark-brown kaffiyeh, croons vocals that alternate between Bono-like falsettos and the sneers of Iggy Pop, and Mo, the drummer, harmonizes. There are probably no other rock bands in New York that write tunes inspired by the conflicts in Kashmir.“Just being in a band is political,” Din said after a set at the Lower East Side club Rehab. When they first started playing, “it’d be a room full of shaggy white hipsters scratching their heads like, ‘who are these guys?’ But we didn’t care, we felt like we had something to say.”On the track “Refugee Citizen,” Din quietly growls, “Where do I go/There’s nowhere to run, they don’t know I’m here.” As a lazy, Velvet Underground-like violin comes up in the track so does Din’s vocals as he sings, “I’m under the gun, fuck everyone. I’m not leaving. No, I’m not leaving,” letting that last line drag out until it’s buried in the violin and guitar notes.Din and Mo were raised in Potomac, Maryland, in the suburbs of Washington, D.C. The imam at their local mosque discouraged the youth from listening to rock music. “They said rock music was wrong, it was too sexual, too passionate, it had loose morals,” Din remembers. “What they didn’t understand was that it gave me so much else. It humbled me. It actually taught me to respect the world around me.”The two travel every year to Kashmir to visit relatives. They go there despite regular attacks by the Indian police and radical Islamic insurgents, which have increased dramatically since 1990.“All our family is there. We can’t just leave them. For us, it’s a huge part of our tradition; it wouldn’t be right,” Din said.The band is named after a bridge at a well-known scenic spot in Srinagar, where locals cross to visit the Zero Inn, a café that serves iced coffee with dollops of ice cream. The bridge was closed to traffic in 1998.“Now, the bridge is covered with barbed wire. It’s really decrepit,” says Din, shaking his head. But he brightens up when he notes that “the same Sikh who runs the inn is still working there.”Din works in a doctor’s office and plays shows at night. One of Zerobridge’s videos has been featured on MTV World, where Mo was once a guest VJ. MTV World is also working with the band to create a Web site where Kashmiris can upload documentaries and photos and blog as a way to promote dialogue and understanding about the Kashmir conflicts.“MTV wants to use music and art to raise the debate about Kashmir, as a way to bring all sides to the table. Plus, Kashmir has never had a platform like this before, like they did with Darfur,” says Mo, who also works for Human Rights First and is a Fulbright scholar currently living in Morocco. “It will have no agenda. It will just present the Kashmiri conflict, so it’s not one opinion about what should be done. It will have each perspective, Indian, Pakistani, Kashmiri, from all sides.”“Kashmir doesn’t make the top-ten tragedy list in the media ecosystem,” explains Nusrat Durani, senior vice president of MTV World. “The most beautiful place in the world is now a nightmare.” He hopes the site will help change that.But not everyone thinks a website and MTV videos can bring change to Kashmir.“It’s not that easy. Twenty years of conflict has divided and polarized people who now won’t even look at each other or talk to each other,” said Aarti Tikoo Singh, a journalist who has written for the Hindustan Times and Times of India for the last 10 years in Jammu, Ladakh and Kashmir. “These initiatives should happen in Kashmir, not in America. We need to figure out how we can transplant this dialogue, this optimism, to Kashmir.”“Where are the stories about those living through this struggle?” Mo asked during a panel discussion at New York University School of Law last December. “People are so occupied with terms and classification that we forget to be human.”