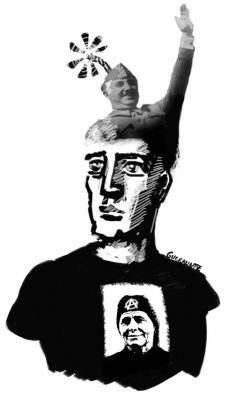 Granny Made Me an Anarchist: General Franco, the Angry Brigade and Me
By Stuart Christie
AK Press, 2007

Growing up, many of us got from Granny what we didn’t get from Mom or Dad: attention, indulgence and wisdom, the stuff that molds identity and prepares us for the world. Scottish anarchist Stuart Christie describes his grandmother as his “strongest moral influence.” Independent, hard-working, generous and smart, she taught him to stand up for his beliefs and take the consequences.

And he has. As he recounts in Granny Made Me an Anarchist, his grandmother began teaching him right from wrong shortly after his 1946 birth, from tolerance toward Catholics to hatred for authoritarian rule. As a teenager he began reading political tracts and became incensed that Generalissimo Franco had retained his title as head of Spain’s government. Inspired by thousands of antifascists who joined the International Brigades of the 1930s, Christie became obsessed. “I simply could not understand why the Allies permitted Franco to remain in power after 1945,” he writes.

The question burned until Christie, determined to do something about what he saw as worldwide acquiescence to the dictator, found a group of like-minded youth. A plan was developed — direct action to show the world that “some people were still fighting the Franco regime.” Barely 18 and speaking no Spanish, Christie traveled to Madrid with explosives taped to his body. The scheme involved picking up a directive and then delivering the weapons to a saboteur. Not surprisingly, things went awry. “As I steeled myself to make a dash through the crowds, I was suddenly grabbed by both arms from behind, the anorak ripped from me, my face pushed to the wall and a gun barrel thrust into the small of my back… It was over in a matter of minutes,” he recalls.

In short order, Christie was charged with banditry and terrorism, death penalty offenses. The media ran sensationalist story after sensationalist story about the “kilted assassin.” A trial led to a guilty verdict and a two-decade sentence was imposed. Interestingly, while the memoir dubs the incident an act of adolescent rebellion, Christie neither condemns his youthful ardor nor denies the need to fight oppression by force. At the same time, he never romanticizes violence, knowingly presenting the psychological toll caused by hurting another person. 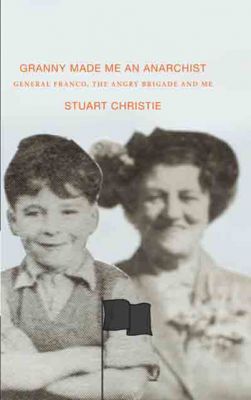 Christie served just three years of his punishment. Upon his release in 1967 he found that the world had exploded. His head spun as he learned of Israel’s six-day attack on Egypt and Syria; anti-Shah demonstrations in Iran; marches against the Vietnam war in the United States; and the death of Che Guevara. His response? Continued political engagement.

Attacks throughout the U.K., carried out by groups like the Angry Brigade, put Christie on police radar and his every move was monitored. The 1968 bombing of the homes of two British officials upped the ante and a dragnet eventually rounded up eight anarchists, including Christie. A yearlong trial ultimately freed him, but imprisoned several of his comrades.

It’s a gripping story, told with humor and passion. Unfortunately, the book ends with Christie’s 1975 acquittal and offers few clues about his next three decades as a writer and activist. That aside, Christie has crafted an engrossing—if occasionally communist-bashing—political thriller. Like all good memoirs, his story is emotional, fast-paced and moving. Better yet, its adherence to grandma’s moral stance resonates. As she said, “We are not bystanders to life.” Christie’s actions may not be your cup of tea, but his passion is exhilarating.

April 1 is the 70th anniversary of the end of the Spanish Civil War, where General Francisco Franco founded his right-wing dictatorship.