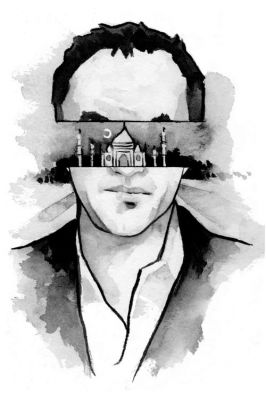 Heaped with acclaim — eight Oscars and four Golden Globe awards — Slumdog Millionaire may mark the moment when Hollywood truly went global. Now, it already is a globalized industry with runaway productions, outsourced labor and distribution tentacles that penetrate most major markets, but Hollywood hopes it can become the 21st century center of multicultural creativity.

Hollywood’s goal, however, is not to succeed as a creative fount but as a profit hub. The Academy lavished Slumdog Millionaire with Oscars because of its box-office success; it’s a mediocre film, marked by wooden characters, weak dialogue and improbable plot turns.

What Hollywood is really celebrating is its ability to mine other cultures for raw material, manufacture a bland product with wide appeal and use its marketing juggernaut to rack up enormous profits.

Although Bollywood produces more films and sells more tickets annually than Hollywood (and by some accounts predates its American cousin), it took a Western production team and finance, led by director Danny Boyle, to make a Bollywood film that garnered Hollywood’s highest accolades. Showing the muscle of Hollywood, Slumdog has grossed more than $200 million worldwide, far outstripping the most successful Bollywood film ever, Sholay, which has grossed $60 million (inflation adjusted) since its 1975 premiere.

Some, such as filmmaker and writer K. Hariharan, recognize that the “slums, criminals and gangsters that dominate” Slumdog Millionaire are a reality of India “in the same way as homeless Blacks and quarantined Native Indians are a reality to North America.” And the esteemed Indian director Satyajit Ray’s 1955 debut, Pather Panchali, is cloaked in poverty, but the poverty is not the subject and essence the way it is in Slumdog Millionaire. 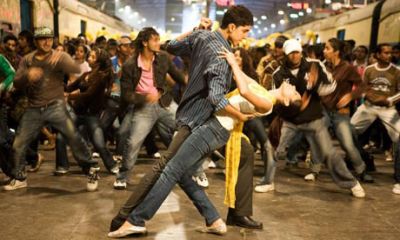 This is why Slumdog has stirred such animosity. It is an example of Orientalism, a “semi-mythical construct” of the Orient, and at root, a “Western style for dominating, restructuring and having authority over the Orient” (as Edward Said defines it). It’s the cultural logic of the imperialist conquest of the East, and its trade is in images of a violent, mysterious, backward, irrational region and people.

Probably little, if any of this, entered Danny Boyle’s grizzled head. But he is keenly aware of colonialization. In Trainspotting, which brought him to fame, Ewan Mcgregor’s character, Renton, offers insight into the anomie afflicting him and his drug-addled mates.

“I hate being Scottish,” he rants. “We’re the lowest of the fucking low, the scum of the earth, the most wretched, servile, miserable, pathetic trash that was ever shat into civilization. Some people hate the English, but I don’t. They’re just wankers. We, on the other hand, are colonized by wankers. We can’t even pick a decent culture to be colonized by. We are ruled by effete arseholes.”

So Boyle could hardly be unaware of his position, coming from Irish extraction and English upbringing, journeying from the fallen British Empire to the cultural epicenter of the ruling American Empire, which gave him the cultural and financial capital to alight to Britain’s former “Jewel in the Crown” where he could produce a film adorned in the Bollywood style much the same way Westerners accessorize Eastern belief systems, lifestyles and culture as ephemeral fashions.

Boyle not only admitted his ignorance of India, he was delighted by it. He told one interviewer, “I knew nothing about India. … I love [starting] off naked. I learned as I went along. That sense of discovery hopefully comes through in the film. To me, that’s exciting.” He even prattled about how in India “They really love movies,” as if there is some place in the world where movies are unloved.

Salmon Rushdie observed, “I imagined an Indian film director making a movie about New York low-life and saying that he had done so because he knew nothing about New York and had indeed never been there. He would have been torn limb from limb by critical opinion.”

Critical opinion is no match for a box-office bonanza, however. Boyle has successfully appropriated an indigenous cultural form as a cheap commodity and used the Hollywood machine to transform it into a pricey finished good that can be sold to Westerners as a credible representation of the despair, desperation and hope that supposedly is India.

Slumdog’s success will spur new conquests by a Hollywood that long ago abandoned its golden age of 1970s-era anti-heroes and urban despair for its current menu of big-budget car chases, boobs and explosions.

In recent decades, there has been a new wave of filmmaking creativity in such countries as Iran, China, Brazil, South Korea, Romania and Mexico. Hollywood has noticed, venturing further afield to pluck production, directing and acting talent. In 2007, the Academy bestowed 16 Oscar nominations on three Mexican productions. But Slumdog is a qualitative difference. It extracted the whole form.

This bodes ill because it reveals a two-way trend toward dumbed-down cinema. Hollywood will adopt other cinematic forms as coatings for the same feel-good drivel. At the other end, Bollywood for years has tried to present itself as the poor-man’s Hollywood with little but mountains of celluloid swill to show for it.

There is a bright spot, however. While vulgar American cinema of the Slumdog variety will remain dominant because of the immense marketing muscle behind it, creative cinema and talent will continue to bubble up between the cracks.