In Cambodia, the weight of many struggles for justice is carried by a courageous woman. In a nation that suffers from police and government corruption, gender inequality, influence from foreign nations and corporations, and battles for control of resources — land, timber, fisheries and oil — it is remarkable that Sochua Mu has accomplished so much.

“Cambodia is a democracy on paper, but in reality, is a dictatorship,” said Sochua in an interview with The Indypendent in March. “Life is still cheap in Cambodia. Human trafficking, drug trafficking, land grabbing and forced evictions are all carried out under the nose of the government.”

A life-long social justice activist for women, the poor and refugees, Sochua, 55, was the first female Minister of Veterans and Women’s Affairs, a position she served from 1998 to 2004. Frustrated by corruption in the Hun Sen ruling party, she resigned to join the opposition Sam Rainsy Party (SRP ) with dreams to rebuild Cambodia from the bottom up. She was elected to the Cambodian National Assembly in 2008.

Hoping to change the course of U.S. aid and influence in Cambodia, Sochua met with U.S. Secretary of State Hillary Clinton on March 19 in Washington, D.C., at the annual Vital Voices Global Partnership awards, an international non-profit that supports women leaders. 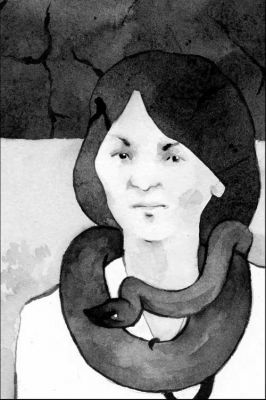 Sochua hopes to lobby the Obama administration to take a firmer stance on supporting democracy and human rights, as well as redirect U.S. aid that she says the Bush administration focused on military and security. According to the U.S. Agency for International Development (USAID), the United States provided Cambodia $54 million in 2008 and $700 million total since USAID opened an office in the country in 1992.

“The international donor community is reluctant to criticize the government for its poor performance on human rights, preferring to practice closed-door diplomacy,” Sochua said. “This practice has yielded next to no reforms and donors continue to be satisfied with token actions taken by the government to give a façade to democracy and social justice.”

Sochua traveled to New York City to participate in the March 26 documentary theatrical performance of “Seven,” which presents her and six other courageous female leaders’ lives, from Russia, Pakistan, Nigeria, Northern Ireland, Afghanistan, Cambodia and Guatemala, in struggles for justice and freedom.

At 18, Sochua was forced to flee to Paris in 1972 as the Vietnam War spilled into Cambodia and the country fell under the command of the communist Khmer Rouge party in 1975. Her parents vanished during the genocide that claimed the lives of roughly one-quarter of Cambodia’s population. She attended the University of California, Berkeley, and worked with Cambodian refugees that immigrated to the United States. She returned to southeast Asia in 1981 to work in the United Nations refugee camps established on the Thailand-Cambodia border. Sochua remained in exile for 18 years until 1989 when she was able to re-enter Cambodia.

“What I saw when I returned home was a country in ruins,” Sochua said. “But I was no longer a child. I came back to help rebuild a nation.”

In 1991, Sochua founded Khemara, the first organization to focus on improving the lives of women. In 2002, she mobilized 25,000 women candidates to run for local commune elections, which were reinstated after 30 years. More than 900 women were elected. She was nominated for a Nobel Prize in 2005 for her work against female sex trafficking in Cambodia and Thailand.

Today, the majority of Cambodians depend on small-scale agriculture, lumbering and fishing. However, due to the country’s turbulent recent history, land ownership is generally undocumented and often contested. As a result, it is easy for the powerful to acquire land and hand it over to investors for commercial and tourism development. Sochua continues to visit these communities who are battling to stay on their land and fight for their livelihoods.

“It is now common practice for powerful corporations and government officials to utilize armed forces to push citizens off their rightfully and legally held land,” Sochua explained during meetings with officials from the U.S. State Department and members of Congress in March. These evictions are often violent, with soldiers wielding guns, tear gas and tasers and burning houses to the ground, while citizens are beaten, maimed and arrested.”

When asked if she was hopeful about the situation in Cambodia, Sochua’s response was clear: “No, not until there is a change of regime,” she said. “That can only happen when we have a real election that is free and fair. The West should insist on that, otherwise all the aid they have poured into Cambodia will not work.”

To read a longer version of this article, click here.