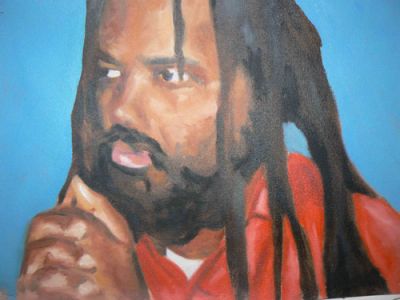 In Mumia Abu-Jamal’s latest book, the award-winning journalist, former Black Panther and current death row inmate introduces us to the world of jailhouse lawyers — inmates who, despite lacking formal legal education and sometimes even basic literacy at first, mount legal defenses for themselves and other prisoners. The need for jailhouse lawyers arises from a criminal justice system whose scales of justice have always been tipped against defendants from disenfranchised classes and especially African Americans.

Frustrated by inept court-appointed attorneys, many prisoners took it upon themselves to redress mistreatment in prison and even mount appeal cases; their work has led to the reform of statewide policies and has sometimes meant the difference between life and death.

Abu-Jamal has spent the last three decades behind bars — much of it on death row — and the book is largely based on his experiences helping other inmates. His legal work has earned him the recognition of the National Lawyers Guild, for whom he serves as a vice president of it’s co-jailhouse lawyer committee.

Bill Clinton’s 1996 Prison Litigation Reform Act (PLRA), which sought to stop frivolous lawsuits against prisons, rolled back many of the protections that jailhouse lawyers and inmates had won over previous decades — the book makes a powerful case for its repeal. “Is it surprising,” Abu-Jamal asks, “that a nation that began its existence with Slave Codes, then continued for a century with an equally repressive set of Black Codes, would institute … Prison Codes? Such is the stuff American law is made of today.”

While much of the world was appalled by the revelations of torture and prisoner abuse at Guantánamo Bay and Abu Ghraib, those aware of the conditions inside U.S. prisons were not. The same tactics and abuses have long been carried out domestically, largely against African Americans and Latinos. Were Gitmo-level abuses exposed within a U.S. prison, explains Abu-Jamal, the PLRA would prevent the victim from seeking damages.

Abu-Jamal has long helped galvanize millions worldwide to not only protest the U.S. death penalty, but also rally against the prison-industrial complex. His latest work makes an invaluable contribution towards understanding those resisting it from behind bars; this book offers a rare glimpse into the hidden world and history of jailhouse lawyers.

Despite the U.S. Supreme Court’s rejection April 6 of Abu-Jamal’s appeal for a new trial, he continues to fight for his freedom. This would not have been possible without the support of millions worldwide. He reminds the reader of the more than two million Americans behind bars in similar situations to himself, and that those in the free world have a responsibility to those trapped “in the bowels of the slave ship, in the hidden dank dungeons of America.”