It’s impossible to read Everywhere All The Time without Pink Floyd’s “Another Brick in the Wall” racing through your head: “We don’t need no education/We don’t need no thought control/Teachers! Leave them kids alone.”

Anyone who’s attended public school knows that formal education is far less inspiring than it might be. Rote memorization, a bevy of standardized tests, a near-pathological focus on order and discipline … well, you know. You’ve likely been there.

But what are the alternatives? Matt Hern, a Canadian antischooling activist, has compiled a 37-essay anthology that asks — but unfortunately doesn’t satisfactorily answer — the questions that need to be posed. For example, why do nearly one-third of U.S. students leave high school before graduating? Why do we act as if education happens only in classrooms? Why not, instead, focus on the learning that takes place everywhere, all the time? Lastly, why do we privilege book learning over apprenticeships or less-academic skill sharing? 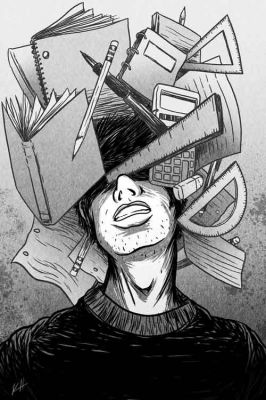 While many of the essays in Everywhere All The Time are antischooling rants, others are more thoughtful. Disagreements run rife. Some contributors hail Brazilian educator Paolo Freire as an inspiration; others, like Gustavo Esteva, Madhu Suri Prakash and Dana L. Stuchal, deride him as undemocratic and conservative, an unwitting colonizer. Their critique rests of Freire’s belief that teachers enhance the common good. “Freire assumes that the oppression suffered by the oppressed has disabled them,” his critics write. “The mediator must endow the oppressed with both awareness and conscience.”

Okay, perhaps this is fair, but I don’t see it. Maybe it’s because I’m a teacher, but I can’t help wondering how the illiterate or barely-literate can effect their liberation without the basic tools of survival, which in the 21st century include reading, writing and calculating. Sure, folks can educate one another, sharing a wealth of social and emotional experiences, but at some point they’ll hit barriers that keeps them out of the job market and separate them from mainstream society. Does that matter? I believe that it does.

The book’s most interesting section centers on descriptions of actual alternative programs, including home schooling. Although it ignores the tens of thousands of ultra-conservative Christian home schoolers who balk at contact with secular authorities and whose instructors teach little beyond religious dogma and rightwing theology, the essays posit non-classroom learning as viable and exiting.

In “Democratic Education in Israel,” U.S. educators Chris Balme and Dana Bennis describe an intriguing set-up in which students are paired with “honechim,” advisors/counselors/mentors/cheerleaders who not only monitor the student’s academic progress, but also attend to emotional health. There are no required classes and self-direction is the order of the day. A youth-led Parliament consisting of students, staff and parents meets weekly to arbitrate disagreements and govern the school. Open to Arabs and Jews and subsidized by the state, alternative schools educate 0.5 percent of Israel’s student body.

That said, I wanted more. What do they do when issues of Palestinian sovereignty crop up? Do the non-violent conflict resolution strategies they employ ever spill over into civilian life? What happens when graduates enter the Israeli military?

Other alternative programs — largely private and requiring the payment of tuition — demonstrate that schools can deviate from the one-size-fits-all learning that currently dominates both primary and secondary education. Clearly, if we truly want no child left behind, we need to conjure new models. The trick is coming up with something that works in the cash-strapped real world.